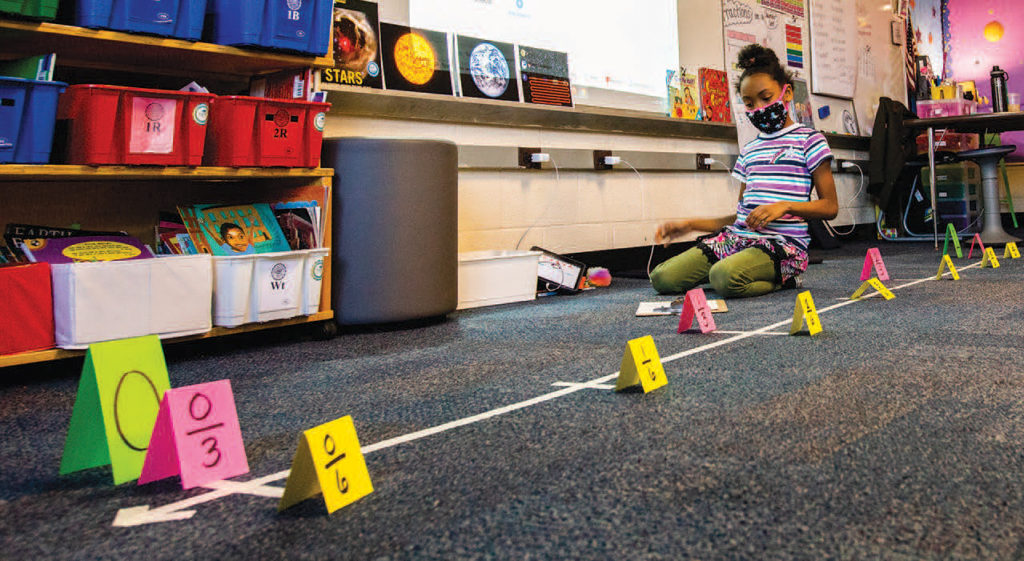 Prior to the school day, a student sits near “fraction row,” a participatory method to learn fractions. Photo by Ivan Saul Cutler/Carolina Peacemaker.

Every week during the school year, the principal celebrates Destination Wednesday, opening the day from a nearby venue in Greensboro.

All around the city, the principal’s Destination Wednesdays provide an on-the-spot learning experience which teaches students about local historical sites. Travers says he does this “to expand our children’s local world.” 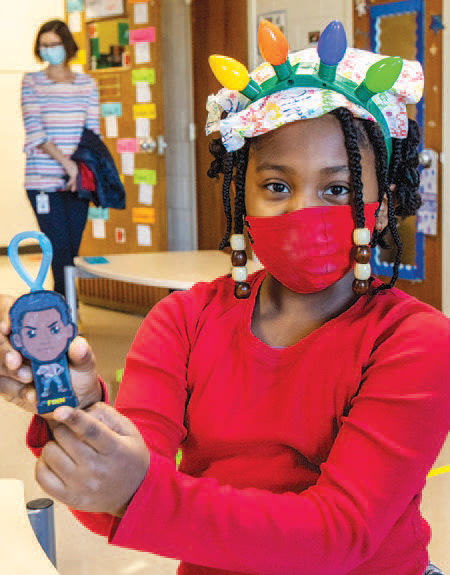 For Read Across America Week, Travers visited the O. Henry Hotel, named for Greensboro’s William Sydney Porter, better known as O. Henry, whose stories such as “Gift of the Magi,” have surprise endings. As Travers walked around the hotel, he shared insights about O. Henry as an author and he gave students a virtual mini tour of the hotel.

Inside Teacher Maria Wellmaker’s third grade classroom, her students as well as the entire school focused on the principal and more.

Wednesday, March 3, was dubbed Wacky Wednesday when students could dress up in a modest, yet wacky way to express themselves to provoke discussion, a fresh perspective and just for fun.

Moments after the principal opened the day, Music Teacher Jerry Davis rolled in a piano for a regularly scheduled music lesson. After a few stretches and vocal warmups, he began tickling the ivories and singing with the students.

Washington Montessori is located at 1110 E Washington St. in Greensboro. It is attended by students from pre-Kindergarten to fifth grade.