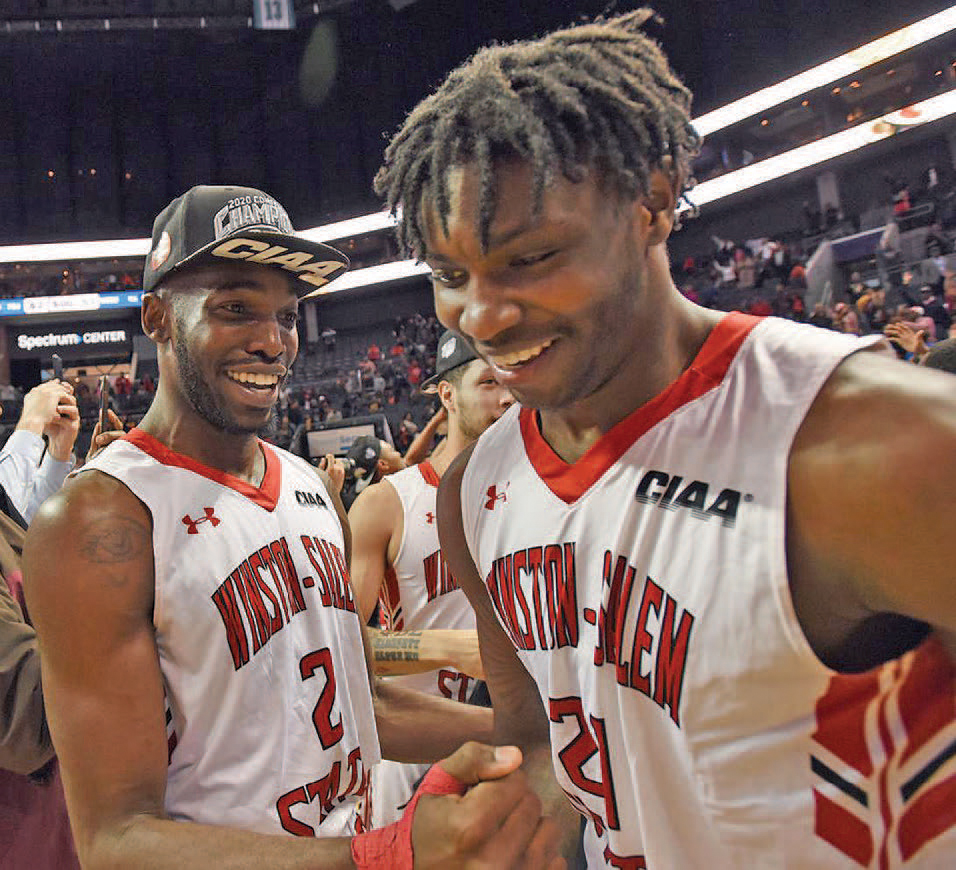 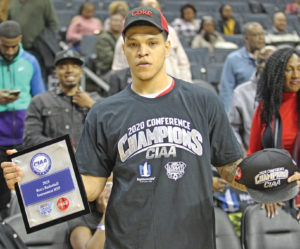 The championship was Winston-Salem’s 12th in the conference tournament’s 75-year history and their first since winning the title in 2012. The Rams, who were the #2 seed in the south entering the tournament, earn the CIAA’s automatic bid to the NCAA Division II Championship and improve to 19-10 overall.

The Broncos, the #3 seed from the south, were looking to capture their first title since 1973. FSU falls to 24-8 overall and will have to wait until selection Sunday to see if they will receive an at-large bid to the national championship tournament.

Denzell Hosch led the Broncos with 13 points while Jalen Seegars chipped in 12. Will Brown had 14 rebounds and Jalen Spicer led all players with four assists.

The Broncos jumped out to an early 10-2 lead. Seegars then added a pair of free throws to send the lead into double-digits before the Rams ran off eight straight points to close the gap to 12-10. The Broncos pushed their lead back to seven at 19-12 before the Rams rallied with a 13-4 run to lead 25-23. FSU scored the final five points of the half to lead 28-25.

The Rams outscored the Broncos 6-3 in the first 3:43 to even the score at 31-31. Over the next eight minutes, neither team led by more than two points with the lead changing hands six times. Trailing by one, the Broncos produced a 10-0 uprising to take a 52-43 lead with 6:14 remaining. Hosch gave the Broncos a double-digit lead 59-48 at the 4:23 mark, their first since the opening minutes of the first half.

A 9-1 run by the Rams closed the gap to three 60-57 with 1:49 remaining prompting a Bronco’s timeout. Darrian Dixon broke the run with a layup to put FSU back up by five but Colon quickly scored to again bring the Rams within three 62-59 with a minute remaining. Brown missed the front end of a one-and-one for the Broncos while Colon made one of two cutting the Broncos lead to 62-60 with 15.2 seconds left. FSU turned the ball over as Fennell tied up Seegars to force the turnover with 12.8 seconds left giving the Rams a shot to tie or win the game. Colon was fouled and went to the line to shoot three free throws with 4.6 seconds left, making all three to give the Rams a 63-62 lead. Hosch’s shot at the buzzer was off the mark, giving the Rams the championship.

With the win the Rams will look forward to the NCAA Division II selection show held on Sunday, March 8, 2020 to see who they will play in the first round of the NCAA Division II championship. Johnson C. Smith University was the recipient of the CIAA Men’s Sportsmanship Award.