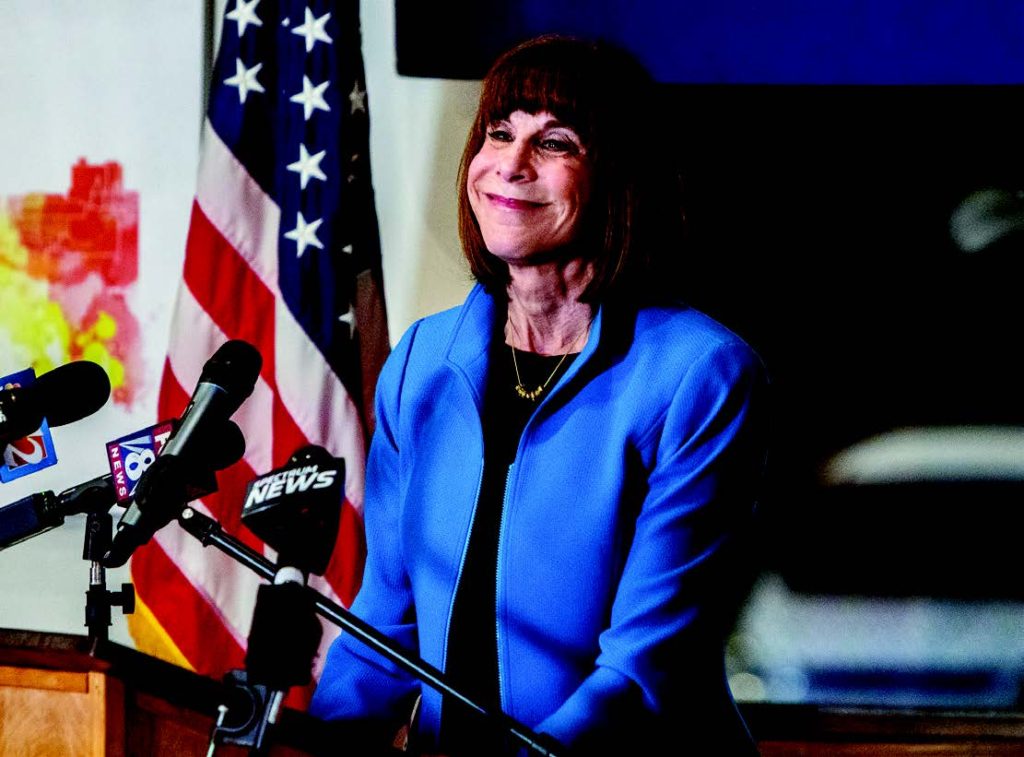 Kathy Manning is all smiles as she wins the Democratic Primary for the 6th U.S. Congressional District seat. Photo by Ivan S. Cutler/Carolina Peacemaker

On the primary election day dubbed Super Tuesday, each 2020 race was narrowed down by party, where some incumbents kept their elected positions, while others were voted out.

In one of the county’s biggest races of the night, Democrat Kathy Manning took the top spot in the U.S. House of Representatives District 6 Democratic Primary with 48.35 percent of the vote. The District 6 race saw five Democrats and two Republicans compete for the top spot to represent their respective party in November. Democrat Rhonda Foxx finished with 19.89 percent of the votes followed by Bruce Davis with 15.05 percent, Derwin Montgomery with 12.44 percent and Ed Hanes with 4.27 percent. 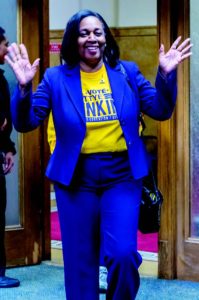 In Manning’s second run for Congress, she credits the hard work she put in over the last two years as a testament to her win. “In the next six months I want to continue to spend as much time as I can meeting with people all across the district so that I can have an even deeper understanding of the issues that concern people. So by the time I win this election in November, I will have a solid plan of action for our district,” said Manning.

The Republican ticket for the U.S. House of Representatives District 6 saw Lee Haywood take 73.25 percent of the vote over Laura Pichardo, with 26.75 percent. Haywood will face Manning in the General Election on November 3. The winner will succeed Republican U.S. Rep. Mark Walker, who did not run for reelection. 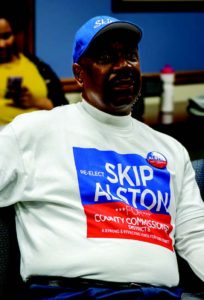 Guilford Board of Commissioners

Guilford County Board of Commissioners District 8 Democratic candidate Fahiym Hanna collected 33.28 percent of the vote in a loss to incumbent Melvin “Skip” Alston, who finished with 66.72 percent of the vote. This was Hanna’s second bid for the seat.

“We ran an aggressive campaign. We didn’t take anybody’s support for granted. I wish my opponent well and hope he stays active in the community and hope we can work together going forward,” said Alston. Alston said he plans to continue his 2020 focus on schools and getting a bond referendum passed to address teacher pay and school facility renovations. He also has a plan to work on creative ways to bring more jobs to the county. In the Guilford County Board of Commissioners District 6 Republican race, Jim Davis won with 61.02 percent of the vote over Jason Ewing, who won 38.98 percent of the vote. Davis will face Democrat James Upchurch on the November ballot. Guilford County Board of Commissioners District 5 Democratic race saw Carly Cooke win 88.55 percent over Macon Sullivan, who won 11.65 percent. Troy Lawson, former chairman of the Guilford County Republican Party won the Republican contest with 50.59 percent of the vote to Cyndy Hayworth’s 49.41 percent. Cooke and Lawson will face each other on the November ballot.

In the Guilford County Board of Education District 1 Democratic race, incumbent T. Dianne Bellamy Small was reelected to serve as the District 1 representative garnering 56.11 percent of the vote. She was first elected to the District 1 seat in 2016. Jeff Golden followed with 36.53 percent and Ron Tuck won 7.36 percent. There are no Republican candidates, therefore Bellamy Small has officially won the seat for the next four years.

Voters also elected Democrat Bettye Taylor Jenkins as the new Guilford County Board of Education District 7 representative. Jenkins took 61.42 percent of the vote, beating out opponents Jayvon Johnson at 24.66 percent and incumbent Byron Gladden, who finished with 13.92 percent of the vote. The District 7 race had no Republican candidates, which puts Jenkins officially in the seat. Jenkins also ran for the District 7 BOE seat in 2016 as an unaffiliated candidate, where she lost to Gladden.