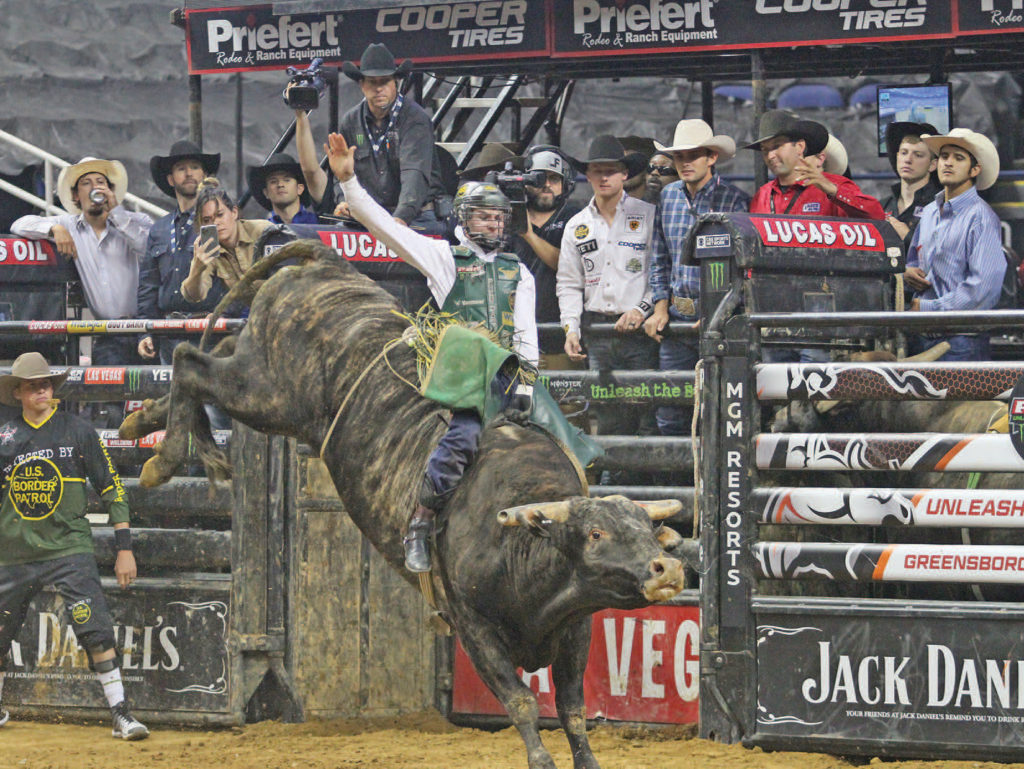 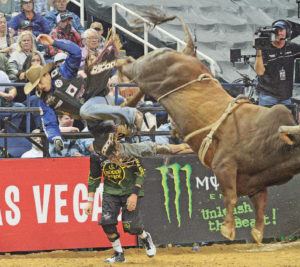 After riding Red Solo Cup (Johnson Bucking Bulls) for 87 points in Round 1 and Honky Tonk Flame (Paradigm Bull Company) for 81.75 points in Round 2, Lockwood entered the championship fourth round.

The Montana man then made a decision in the championship round bull draft that would prove worthy of a place in the PBR record books.

Selecting Heartbreak Kid (D&H Cattle/Buck Cattle/Erwin Cattle), the 22-year-old not only snapped the bull’s 38-out premier series buckoff streak, denying him the chance to surpass league-leader Bushwacker, but recorded the high-marked ride of the year, reaching the whistle in dramatic fashion for a colossal 93.75 points.

The high-marked score was Lockwood’s ninth 90-point ride of the year and marked his 12th round win of 2019.

The flawless 3-for-3 showing earned Lockwood a second-place finish overall, allowing him to decimate No. 1 Leme’s lead atop the rankings.

Historically, any rider within 2,000 world points of the world No. 1 ranking at the start of the World Finals is a legitimate contender for the season’s World Championship. However, 3,300 points are available across the five days of competition.