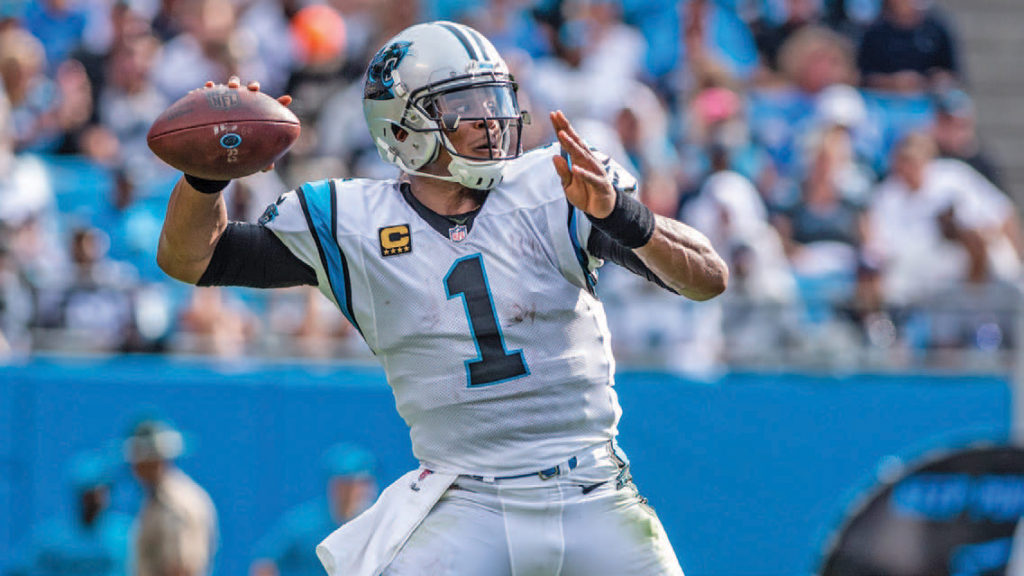 The Carolina Panthers have given quarterback Cam Newton permission to seek a trade. General manager Marty Hurney met with Newton and his representation to discuss the plan signaling the end of a nine-year run in Carolina.

“One of the distinct pleasures of my career was selecting Cam with the first pick in the 2011 draft,” Hurney said, “Every year, difficult decisions are made and they are never easy. We have been working with Cam and his agent to find the best fit for him moving forward and he will always be a Carolina Panther in our hearts.” 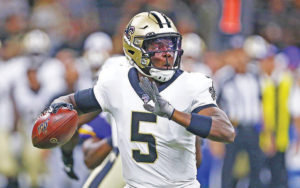 Newton, who will turn 31 in May, has made the Pro Bowl three times and was the NFL’s MVP in 2015. But Newton has suffered numerous injuries since 2016, which led to multiple surgeries on his throwing shoulder and a foot procedure. Newton, who holds most of Carolina’s all-time passing records, was limited to two games in 2019 after suffering a Lisfranc fracture in his left foot during the preseason. In this injury, one or more of the metatarsal bones in the foot are displaced from the tarsus.

“Cam is one of the all-time greats in Panthers history,” owner David Tepper said. “If you ask any of our fans for some of their most memorable moments, I’m willing to bet that most of them would include Cam – electrifying plays, giving away footballs after touchdowns, fun celebrations and big wins. His competitiveness and drive are rare.

Off the field, you can’t measure Cam’s contributions. He has touched the lives of youth throughout the Carolinas and in Atlanta. He’s unique and I wish him all the best.”

Cam Newton hit back at the Carolina Panthers last week after the franchise announced they had given the quarterback permission to leave the club as they finalize a deal for incoming quarterback Teddy Bridgewater.

Newton, the NFL’s MVP in the 2015-2016 season, vented his fury on Instagram after the Panthers said the 30-year-old was free to seek a trade.

“Stop with the word play!!” Newton wrote. “I never asked for it!! There is no dodging this one. I love the Panthers to death and will always love you guys!! Please do not try and play me, or manipulate the narrative and act like I wanted this. You forced me into this!!”

Newton’s remarks came shortly after the Panthers had announced that Newton was free to leave.

NFL Network Insider Ian Rapoport reported that the Panthers finalized a contract with quarterback Teddy Bridgewater to be their starter, per sources informed of the deal. It’s a three-year deal worth $63 million, NFL Network’s Tom Pelissero reported, per a source. It’s also a quick reversal for the Panthers, who just weeks ago insisted they wanted to keep Newton in Carolina. With the Newton drama swirling, Bridgewater steps in to fill the void. The New England Patriots and Tampa Bay Buccaneers were reported to be interested in Bridgewater, but the Panthers swooped in to secure the former Vikings and Saints signal-caller. Still just 27 years old, the former first-round pick has rehabbed his way after a devastating knee injury that threatened to end his career in 2016.

Bridgewater spent the past two seasons in New Orleans backing up Drew Brees. He started five games in 2019 – all wins – proving he’s fully back and can be a full-time starting quarterback once again.

The time in New Orleans was a key for Bridgewater landing in Carolina. In 2018, the quarterback worked with Joe Brady, who was an offensive assistant under Sean Payton at the time. Brady then left last season to help Louisiana State University (LSU) win a college national championship.

Now Brady is in Carolina as the offensive coordinator under first-year coach Matt Rhule.

Bridgewater’s experience with Brady, and in the Saints system, which the new OC employed to a certain degree at LSU, should help the transition as the Panthers revamp their entire operation.
Bridgewater completed 67.9 percent of his passes last season in New Orleans, averaging 7.1 yards per attempt with nine TDs and two INTs. During his five starts, Bridgewater showed an ability to get the ball out quick, which could play well with the offensive weapons in Carolina, including running back Christian McCaffrey and receiver D.J. Moore’s skill sets. With Bridgewater’s propensity to check down quickly, McCaffrey could be in for another massive year in Carolina.

Bridgewater didn’t threaten deep much last season in New Orleans, instead, working in the framework of the offense, to get targets the ball quickly. He did, however, make enough splash plays to show he can still put the ball on the money when needed. How the deep-ball works in Brady’s offense – especially with a speedy threat like Curtis Samuel on the outside – will be something to keep an eye on in Carolina early in the campaign.

Since his 2016 injury, Bridgewater has been searching for a team to give him a chance to once again be a starting NFL quarterback.

That part of the journey is over for Teddy Two Gloves. He’s found his home in Carolina.