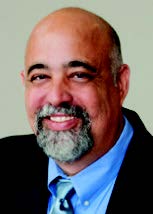 Not since 2006 has a permanent judge presided over U.S. District Court in North Carolina’s Eastern District. Three presidents of the United States have tried to fill the vacancy since then, including President Obama, who nominated two African American female jurists. That effort was stopped by North Carolina U.S. Republican Sen. Richard Burr.

Especially the N.C. NAACP, which has lobbied hard to keep jurists with questionable right-wing histories from being confirmed for that seat.

“Led by senators Mitch McConnell, Richard Burr and Thomas Tillis, the United States Senate, for race based reasons, refused to confirm the nominations of two highly qualified African Americans to serve as Circuit Court Judges on the U.S. District Court for the Eastern District of North Carolina,” says attorney Irving Joyner, law professor at North Carolina Central University School of Law, and chairman of the N.C. NAACP’s Legal Redress Committee. “This District Court has never had an African American confirmed to serve as a judge, even though more than 50 percent of the residents of this district are racial minorities. This exclusion has been purposeful and is yet another sign that racial bias and discrimination continues to be a present reality among those members of the U.S. Senate who were in a position to correct this long-standing history of racial discrimination.”

Prof. Joyner continued, “Since 2014, the U.S. Senate has had two opportunities to confirm the appointment of an African American jurist and an outstanding federal prosecutor, both who possessed outstanding professional credentials, but refused to do so because of the race of the candidates. These were shameful decisions and the persons responsible should be held accountable. Even though this judicial seat has now been filled, African Americans should never forget those senators who are directly responsible for the continuing racial exclusion which exists on the federal bench in North Carolina.”

Prof. Myers is a native of Kingston, Jamaica who once worked for a Wilmington newspaper, the attended law school at UNC – Chapel Hill in 1995. After graduating, Myers served as a law clerk for the ultra-conservative David Sentelle, chief judge of the U.S. Court of Appeals for the District of Columbia, and close friend of the late North Carolina U.S. Senator Jesse Helms.

Myers later would serve as assistant U.S. Attorney in California and the Eastern District of North Carolina, where he prosecuted white collar crime. He began teaching at the UNC School of Law in 2004. He has maintained his conservative credentials as a faculty adviser to both the Christian Legal Society and the Federalist Society.

Rev. Dr. T. Anthony Spearman, president of the N.C. NAACP, is quite leery of now federal Judge-confirmed Richard Myers, and his right-wing connections.

“At the center of a secret network working assiduously to “Make America Great Again” is a man named Leonard Leo. Leo is identified as the Executive Vice President of the Federalist Society. It appears that he has been on leave from the Federalist Society to assist [President Trump] to push his anti-Black and minority, anti-LGBTQ and anti-woman agenda in filling lifetime seats to the federal courts with extreme conservatives,” Dr. Spearman alleges.

“The N.C. NAACP fought valiantly and successfully to abort one such confirmation; that of Thomas Farr to the Eastern District. Make no mistake about it, Farr was among those on Leo’s list and Myers, who now fills the seat, was as well. The 14-year racially-fueled vacancy [ on that court] now filled certainly demands our attention for in a majority-minority district, one cannot help but wonder what ulterior motives lie beneath the logic of an African American or other minority jurist never being considered. This has been all about race.”

As of December 5, the Republican-led U.S. Senate has confirmed 185 of Pres. Trump’s nominations to the federal bench at all levels. Prof. Myers, who is slated to serve for the rest of his life, is one of them.

“North Carolinians are lucky to have someone like Professor Myers with his caliber and his sense of duty to represent us,” Sen. Thom Tillis told colleagues last week while introducing Prof. Myers.

“Professor Myers embodies a work ethic and diligence that we deserve in all our judges,” maintained Sen. Richard Burr. “I have faith in his ability to do the right thing every day.”
No doubt that the civil rights community, led by the N.C. NAACP, will keep a close eye on federal Judge Richard Myers from now on.