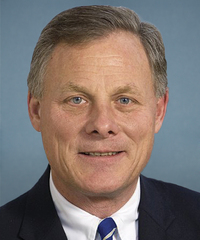 It is one of those political scandals that has hit a deep nerve with everyone who is suffering from the impact the dreaded novel coronavirus has had on everyone’s lives.

North Carolina’s senior Republican U.S. Senator Richard Burr – chairman of the Senate Intelligence Committee, and best known in the Black community for blocking the nomination of former N.C. Supreme Court Associate Justice Patricia Timmons-Goodson for the U.S. Fourth Circuit Court of Appeals – allegedly used confidential information obtained from U.S. intelligence officials in mid-February about the projected dire impact COVID-19 would have on the American economy before the general public knew, and cashed out of an estimated $1.72 million in stock holdings before the stock market began to tumble shortly after.

Critics charge that Burr knew what was coming and did not warn the American people at-large, but only a group of rich North Carolina business leaders, part of which was caught on a secret tape recording.

“There’s one thing that I can tell you about this: It is much more aggressive in its transmission than anything that we have seen in recent history,” a voice identified as Burr is heard clearly saying. “It is probably more akin to the 1918 pandemic.”

Once the full scope of the allegations became clear, even normally conservative allies, like Fox News commentator Tucker Carlson, openly called for Sen. Burr’s head, demanding that “He must resign.”

On Monday, a shareholder in Wyndham Hotels and Resorts sued Burr in federal court for “…[using] private information to motivate a mass liquidation of his assets. It is illegal for senators to use nonpublic information in conducting securities exchanges,” Politico reported.

A number of newspaper editorials across North Carolina have also called for Sen. Burr to resign.

Burr and aides in his Senate office have countered that he’s done nothing wrong and have called for a Senate Ethics investigation. He is among four U.S. senators – three who are Republicans, including the wife of the chairman of the New York Stock Exchange – accused of using their powerful political positions and access to intelligence briefings to benefit themselves right before the recent stock market downturn.

But Burr’s case has clearly drawn the most political fire.

“But instead of taking action to warn North Carolinians and prepare us before COVID-19 began to spread, he pulled over a million dollars out of the stock market – a week before it crashed.”

Rep. Lewis Holley’s campaign continued, “We know now that Burr was receiving daily classified briefings about the severity of the coronavirus pandemic. But when the Trump administration claimed that the virus was confined, he kept quiet.”

“Join us to demand that Richard Burr resign immediately,” the campaign letter urged. “We need leaders with integrity that we can trust in these times. Add you name to tell Burr to step down. It is up to us to hold our elected officials accountable during this time of crisis.”