On Beat with the Blue and Gold Marching Machine 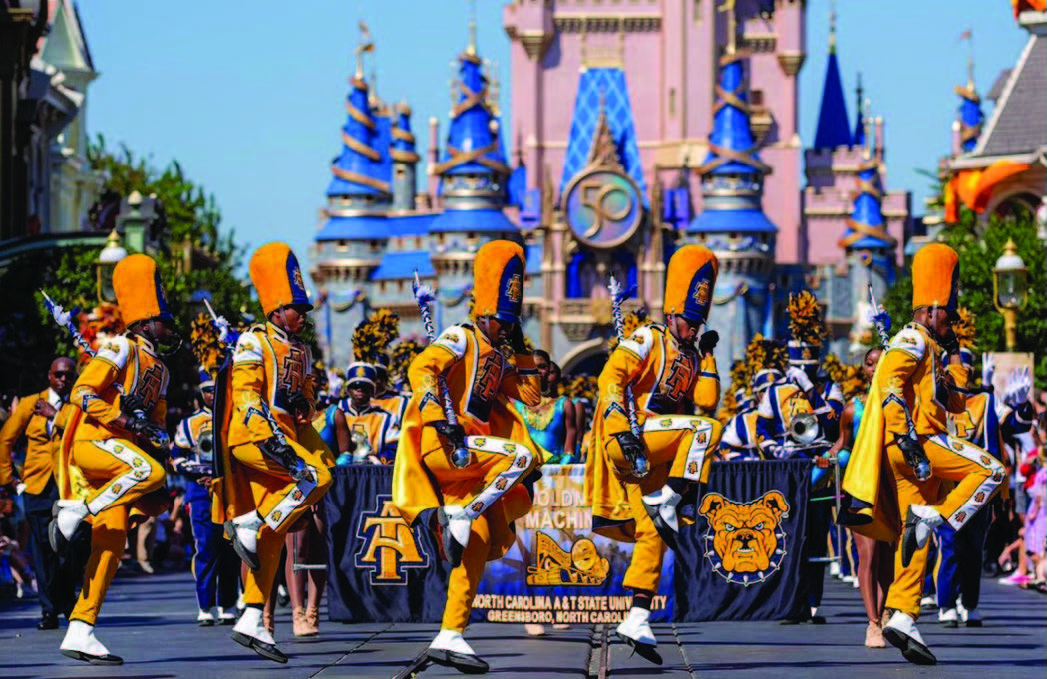 The N.C. A&T State University Marching band has been bringing smiles to the faces of Aggie students, alumni and the Greensboro community at large annually since 1918 when the band program began. One of the most well-known things about N.C. A&T is its show-stopping band performances.

This band has the ability to sell-out crowds at home, receive invites to show off their talent at Disney World, in cities like Detroit, and attract people from all over the country. The band that is now known as the Blue and Gold Marching Machine was almost nonexistent had it not been for Charles E. Steward.

When the college first opened in 1891, music was not even a course available to students. However, in 1909, Steward was a part of the former A&M College band and was brought to the college as a music director. He wrote the music for A&Ts alma mater.

Along with the help of W.E. Lew, the band at A&T College flourished and grew from a 50-piece band in the early 1900s, to more than 200+ members. The name, Blue and Gold Marching Machine, was born by N.C. A&T Band Directors Jimmy Williams and Johnny B. Hodge Jr. in the late 1970s.

Current band member Gabriel Woodard, a junior journalism major, was impressed by the band as an 8th-grader when he attended GHOE for the first time. He knew then that he wanted to be a part of the Blue an/d Gold Marching Machine, and now Woodard will be performing as a drum major during this year’s GHOE.

When asked what’s the best thing about performing during GHOE, Woodard replied, “Being able to show out. Being able to do something that I love doing.” He added. “The crowd’s reaction would be No. 2. Their reaction to the music, their reacting to the movements.”

Jacksonville, North Carolina native Rory Aldridge, who played in the band for four years, said he first picked up the trumpet in sixth grade. The journey grew from there. Aldridge has so much love for the blue and gold that he said if he wasn’t able to go to N.C. A&T and become a part of the band, he wasn’t going to go to college.

Although Aldridge will not be performing in GHOE this year, he is more than excited to watch.

“I always wanted to be a bigger fan of the band now that I am out of it,” Aldridge said. “It’s nice to see how the new people come in and push the same agenda as we used to.”

According to Andscape.com, as of 2022, N.C. A&T ranks 7th overall for top Division I HBCU bands and No.1 in percussion.

So, what keeps the Blue and Gold Marching Machine together?

According to Woodard and Aldridge, the band typically practices five hours a day, having plenty of time to bond and get on the same accord. Woodard said the band is treated as a business.

“We all know what the objective is for that day. Get the music, the show on the field, and clean it up,” Woodard said. “As a team, we continue to be consistent and make sure that we’re putting out a great product.”

The Marching Machine will perform on Oct. 29, during halftime of the N.C.A&TSU Homecoming Game versus Campbell University. All 21,500 seats have been sold. The crowd will be ready to watch and cheer for their favorite band. Oh, and the football team as well.