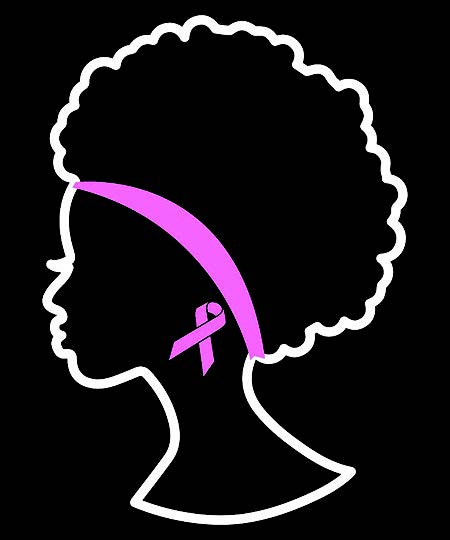 This National Breast Cancer Awareness Month, as in months and years before, the troubling numbers are virtually the same – Black women remain among the highest at risk of dying of metastatic stage four breast cancer in North Carolina, and across the United States.

In fact, according to the U.S. Centers for Disease Control and Prevention (CDC), Black women are 40 percent more likely to die here in the South particularly, because of breast cancer.
Between 2005-2009, breast cancer is the second leading cause of cancer death among women in the United States, reports the CDC. As of 2018, Black people, male and female, lead in dying of all cancers in North Carolina, according to U.S. Cancer Statistics.

In its 2020 report about racial and ethnic cancer disparities, the American Association for Cancer Research (AACR) noted, “While the breast cancer rate has been lower among Black women than White women for several decades, it has been rising steadily in recent years, and the rate is now similar among the two populations. For women under the age of 40, the breast cancer rate is higher among Black women than it is for any other racial or ethnic group.”

CDC notes that the rate of breast cancer deaths for White women is falling, while the rate for Black women is rising. Add to this an historic, if not traditional, ostracizing that Black women have pointed to from the medical community that ultimately makes many of them distrustful, and forestalls them from getting the proper timely treatment.

And why are there different rates of developing breast cancers? What is known, based on research, is the age at first period; age of menopause; age at first childbirth; body weight; breastfeeding; number of childbirths, and menopausal hormone therapy.

In North Carolina, as is across states like Alabama, Arkansas, Georgia, South Carolina and Tennessee, Black women have an over 40 percent likelihood of dying of breast cancer because while treatment in general has improved, researchers haven’t developed treatments for a series of aggressive tumors that Black woman are most likely to have, such as TNBC – triple-negative breast cancer.

Reportedly, there is also a lack of diversity in clinical trials.

Add to this an historic, if not traditional, ostracizing that Black women have pointed to from the medical community that ultimately makes many of them distrustful, and forestalls them from getting the proper timely treatment.

Another factor – Black women, more likely than not, are working low wage jobs with no health benefits, meaning that they simply cannot afford the life-saving treatments, and don’t have the time to go to the doctor regularly even if they could.

For those women, who do receive necessary follow-up care, studies show that Black women get their follow-up care later than White women.

Put all of the above together, and Black women, according to the CDC, have 38 more deaths per breast cancer cases than White women in North Carolina.

The American Cancer Society urges all women between the ages of 40 – 44 (women can actually start a few years before age 40) to begin screening tests for early detection. Doctors say the earlier breast cancer is discovered, the more effective treatment can be, because the cancer will not have an opportunity to spread to the rest of the body.

Women 45 to 54 should get a mammogram every year.

More information on breast cancer is available at cancer.gov/breast. Information specialists at the National Cancer Institute are also available to help answer cancer-related questions in English and Spanish at 1-800-422-6237.