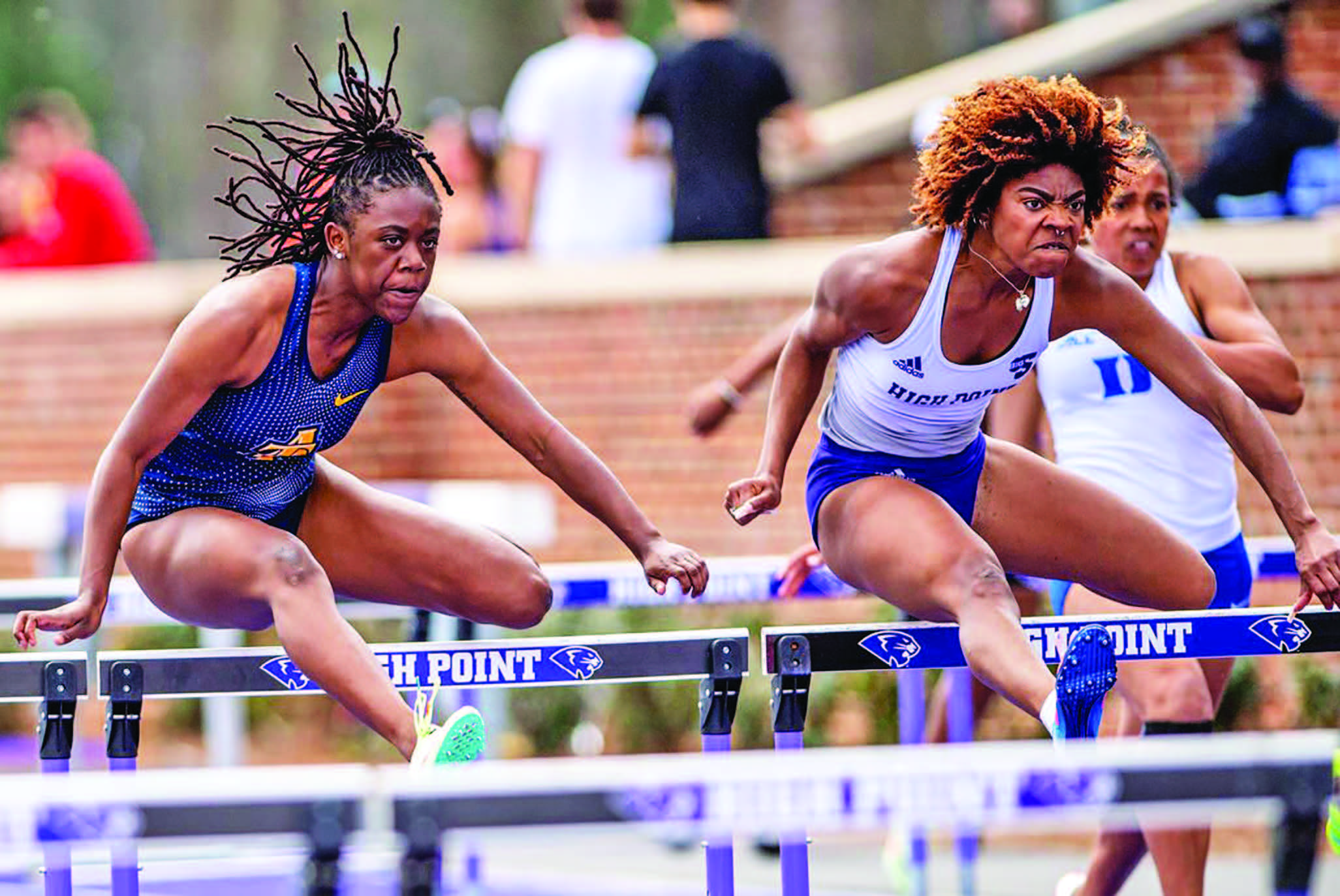 While other track and field team members were putting on spectacular performances at the University of Florida on Saturday, the Aggies showed off their tremendous depth at HPU. At the Meet of Champions, A&T had two first-place finishes and six top-3 finishes. 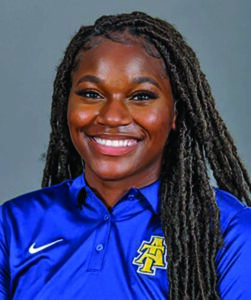 Nwosu’s best throw in the discus went a personal-best 156-feet, 7-inches. It is the best throw thus far in the Big South Conference. It is nearly two feet better than the next best throw, a 154-foot, 11-inch toss by HPU’s Letizia Marsico.

In the shot put, Nwosu had her best throw measured at 48-feet, 1 ¼-inches. This season, it is the second-best throw in the conference behind graduate teammate Loren James’s 51-feet, 6 ½-inch throw at N.C. State’s Raleigh Relays on March 24.

On the track, Breanne Bygrave won the 100m hurdles with a time of 13.40. She came close to eclipsing her personal best, which stands at 13.38 at the 2021 A&T Aggie Invitational. Bygrave is third in the conference behind graduate teammate Paula Salmon (12.63) and HPU’s Nyile Facey (13.38).

In the other women’s hurdle event, the 400H, the Aggies had two top-five finishers in sophomore Nia Frederick and senior Nilaja Florence. Frederick finished second with a personal-best 58.90. It is the second-fastest time this season in the Big South behind Charleston Southern’s Jewel Ash (57.43).

On the field, sophomore Arrieya Harper finished second in the women’s triple jump with a leap of 39-feet, 10 ½-inches. She ranks second in the Big South thanks to her 40-foot, 7-inch jump at Raleigh Relays.

Senior Jasmine Jenkins made the best throw in the conference thus far this season when she tossed the hammer 181-feet, 3-inches on Saturday to finish fifth. Sophomore Jade King is fourth in the league in the women’s long jump after her 18-foot, 10 ½-inch jump to finish fifth.

Freshman Kendrell Goodes placed third in the high jump on the men’s side after measuring out at 6-feet, 5 ½-inches. Goodes is ranked seventh in the conference, while freshman Carlos Alexander is sixth in the league in the discus after throwing it 157-feet, 2-inches on Saturday.