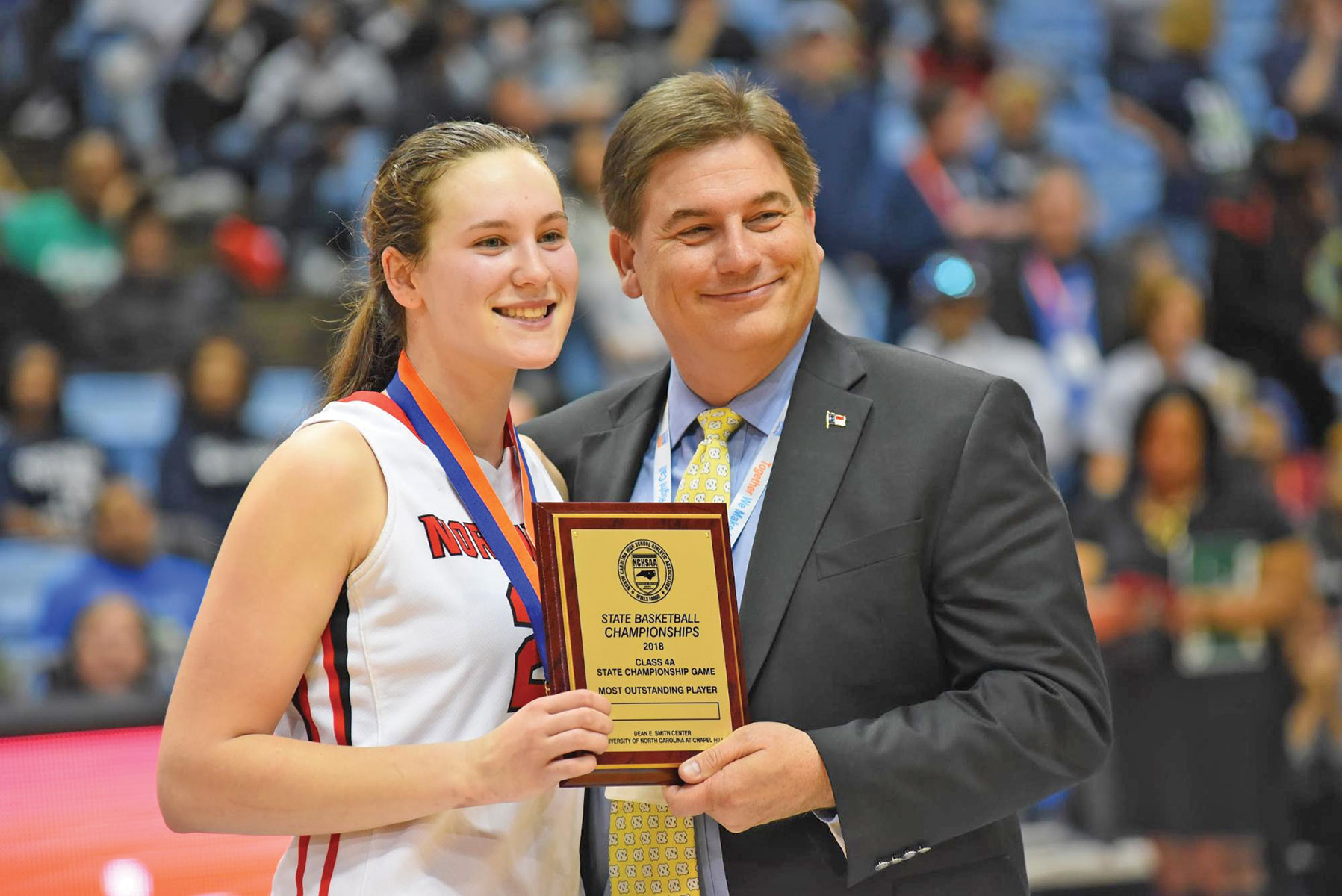 CHAPEL HILL – Southeast Raleigh built a 12-point lead early in the first quarter, but the defending 4A State Champions from Northwest Guilford slowly battled and scrapped their way back into the game for a 44-36 victory and their second straight state Metro 4-A Championship.

Southeast Raleigh jumped out of the gates on fire as Jada McMillian and Tamia Davis had their team primed. McMillian went to work driving to the hoop while Davis hit the only three-pointer the Bulldogs attempted in the game during the opening frame. The Bulldogs pressed out to a 12-point lead with 3:47 to go in the second quarter after dominating the first quarter 14-4.

Northwest Guilford went on a run late in the first half to trim the Bulldogs’ lead to just four at the break, 22-18. Elizabeth Kitley was a dominant presence in the paint for the Vikings, scoring 18 points and snatching 8 rebounds on her way to being named the Kay Yow 4A State Championship Game’s Most Valuable Player.

McMillian totaled 11 points for Southeast Raleigh and grabbed 4 rebounds. She ended her career at Southeast by being named the team’s Most Outstanding Player, finished her high school career with 115 wins in a Bulldog uniform. Junior Tamia Davis scored 11 for Southeast as well. She was also the only other Bulldog in double-figures. Anya Poole battled on the glass to get 13 rebounds for the Bulldogs, helping the team to a 30-21 advantage in the rebounding category.

Northwest Guilford wraps up the year 29-2. The Viking seniors finished their careers with a program mark of 117-6 in their four years.