Now On Netflix: There’s Something in the Water 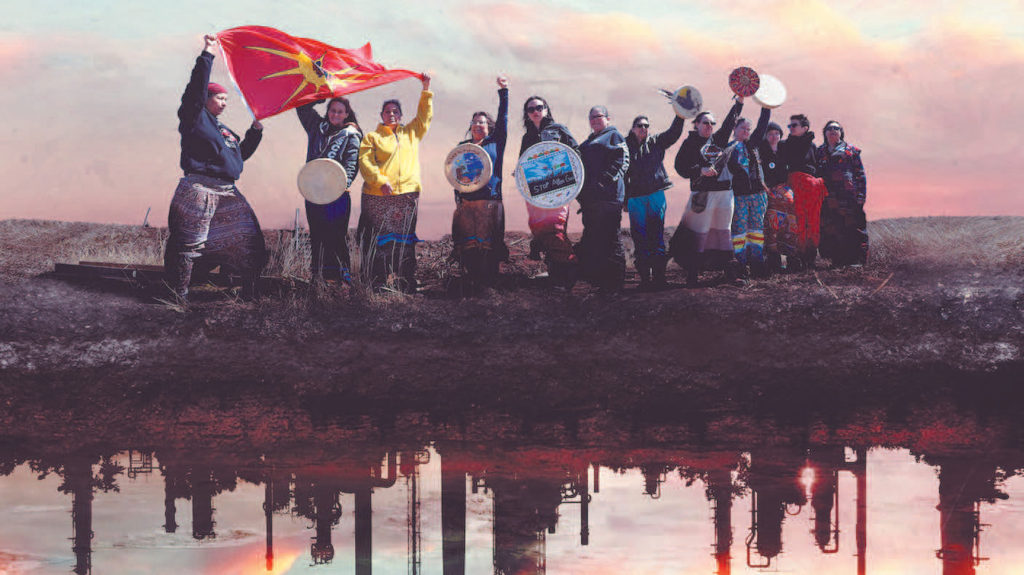 Local activists of African and Native American descent are holding big businesses and the government accountable for polluting their water and causing an uptick in cancer cases.

They’re making a lot of noise up in Nova Scotia. Local activists of African and Native American descent are holding big businesses and the government accountable for polluting their water and causing an uptick in cancer cases. They’re sounding the alarm and applying pressure.

The surprising but very worthy champion of their efforts to expose environmental racism is actress Ellen Page (Juno, Inception), who hails from Nova Scotia. She partners with co-director Ian Daniel and with camera in hand interviews some very special women who are fighting the good fight.

Louise Delisle, an African Nova Scotian, cites the many cancer deaths in her town of Shelburne, once a thriving refuge for freed slaves, of whom she is a proud descendant. With a folksy, homespun and welcoming manner, she takes viewers on tours through her South Shelburne district, a largely Black neighborhood. As she explains how a garbage dump filled with debris (from hospital equipment to animal carcasses) has leaked contaminants like arsenic into their water system, you take her seriously—like a government official handling a crisis or a professor teaching. 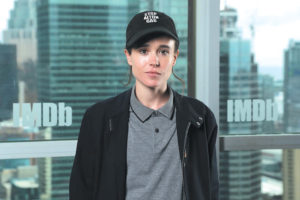 Actress Ellen Page (Juno, Inception), who hails from Nova Scotia, is helping to expose environmental racism in Nova Scotia with her documentary, There’s Something in the Water.

She counts and names all her neighbors who’ve had untimely deaths, often from multiple myeloma. “It’s killing us.” She points to a house and continues, “All the family members that lived in that house died of cancer.” On her side of town, locals use well water. On the White side of town, clean and safe water is piped into their houses. “Why are we any less than the people of their community?” The mayor doesn’t want Louise to talk about the problem, but there she is on camera. Fearless and uncovering everything.

Next, Ellen and Ian visit Michelle Francis-Deny, who lives in the Boat Harbor region. Her area, a water basin, was once a haven for her indigenous people who fished there. Not anymore. In 1965, the Scott Paper company hoodwinked her granddad, a chief, and misinformed him about the impact of their future pulp and paper mill’s sewage.

The mill opened, the waters became polluted and the fish died right away. Michelle’s relatives started dying of cancer. A way of life was gone. Now, Michelle is at the forefront of getting the mill to stop releasing their poison. Challenging Scott and the government and leading demonstrations against those who misled them with broken promises is showing results. Michelle, “I always felt I wasn’t going to get a chance to grow old.”

A trio of heroines is complete when Ellen and Ian journey to the indigenous Mi’kmaq lands near Halifax. Their cameras turn to the very spiritual and determined activists, the “Grassroots Grandmas,” Native American women who have the wisdom of village elders. They have taken on the huge responsibility of saving the environment from a gas company planning to spew brine waste (extremely high concentrations of sodium chloride) into their sacred Shubenacadie River. That petroleum business will encroach on land that belongs to them due to treaties.

Through the ages, in their culture, women have protected their land. Led by Michelle Paul, these courageous advocates confront politicians, hold press conferences, protest and homestead on land by setting up cabins. The river was once a superhighway for their nation, they know the value of the water: “If we don’t take care of our water, one day an ounce of water will be worth more than an ounce of gold. You can’t drink gold.” They’re giving the gas company an eviction notice.

This kind of refreshing, grassroots, low-budget filmmaking reminds viewers of the power of documentaries. Anyone can grab a camera, find a noteworthy subject and share their findings with an audience. This time Nova Scotian activists and movie fans are lucky that someone is Ellen Page. In the most humble but revealing way, she captures the fighting spirit of Louise and the two Michelles, sharing their stories, giving them an international platform and chronicling achievements. In the most basic way, Page is leaving a trail behind her that anyone can follow, in any kind of way.

The blueprint for this galvanizing doc is the book by Canadian social/science author Ingrid Waldron, There’s Something in the Water: Environmental Racism in Indigenous and Black Communities. Waldron introduces the film brilliantly, laying out her observations, concerns and the thesis that government and business is choosing profits over people—especially people of color. “Certain people are more susceptible to living near landfills and hazardous sites,” says Waldron.

Precise editing by Xavier Coleman and Hugo Perez cut to the heart of each challenge, the most important conversations, the core of the arguments and does so in just 70 minutes. The footage very judiciously displays photos, maps, newspaper headlines and footage that is eye-opening.
Page and Daniel focus on the right people and crucial situations. Humanizing the activists, yet also making them appear saintly. Afterall, with their fierce determination and social activist strategies, they’re the chosen ones. The messengers.

It’s good when grassroots documentary filmmaking makes you want to get off your couch and do something worthwhile. Ellen Page sounds an alarm. Time to get active. Time to rise up.