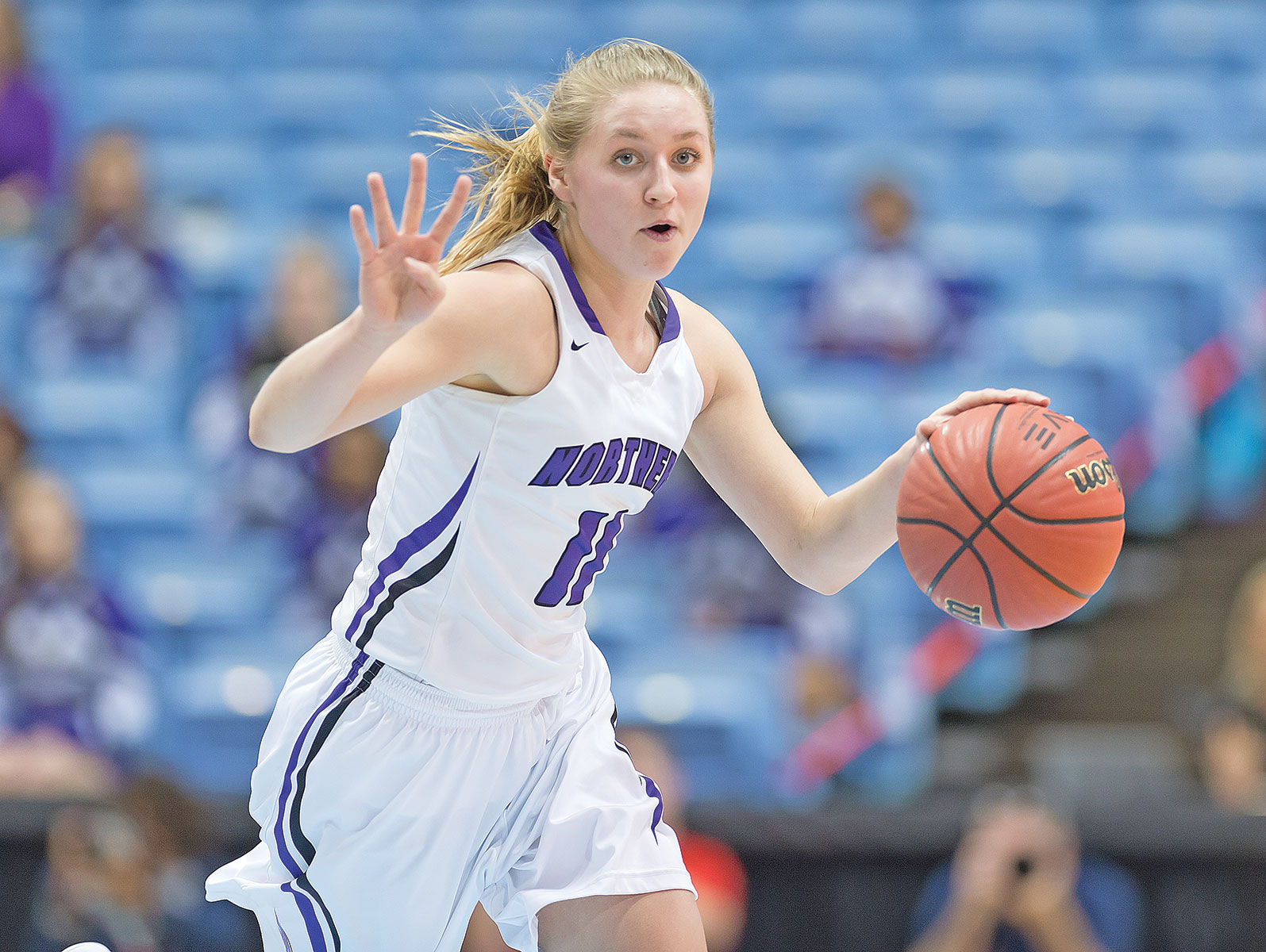 Junior guard Kassie Robakiewicz was named the Kay Yow 3-A MVP. She scored a team-high 24 points to lead the Nighthawks. Photos by Kevin L. Dorsey.

Northern Guilford is used to tight games in the state finals, losing in heart-breaking fashion two years ago to Freedom High School before edging Hickory Ridge last year. This year’s Nighthawks didn’t need much drama as they outscored Jacksonville 17-9 in the first quarter and outran them 20-11 in the second to lead by 17 at the break.

The Nighthawks’ Kassie Robakiewicz shot five of six from beyond the arc and nine of 13 from the floor as she racked up 24 points, a pair of assists and two rebounds. Robakiewicz was named the Kay Yow 3A Women’s Basketball State Championship Game Most Valuable Player. Her teammate and last year’s championship game M.V.P., Elissa Cunane, scored 23 points and had 21 rebounds as she was named the Most Outstanding Player for Northern Guilford. Cunane also shot a perfect eight of eight from the floor.

Jacksonville clawed their way back into the game, cutting the Northern lead to five in the fourth quarter, but the Cardinals could not get out of the early hole they found themselves in after shooting less than 30 percent from the floor in the opening half.

Northern Guilford wrapped up the year 28-4, champions of the Mid-State 3A. They also won the Western Regional Championship for the third year in a row, making the program’s third appearance in the state finals in as many years.