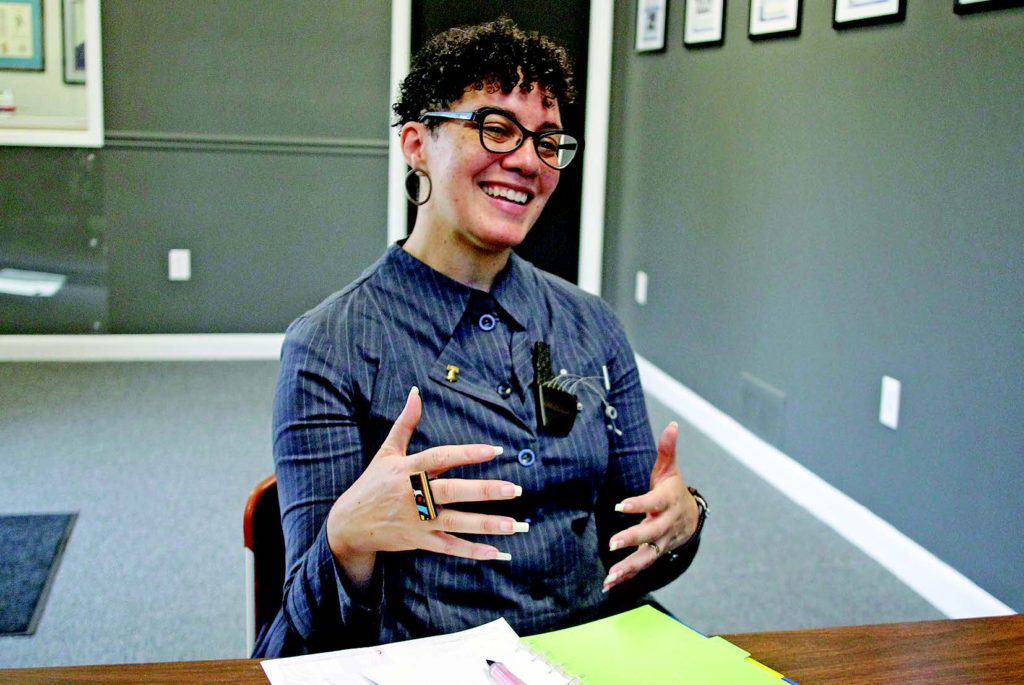 The Board of Trustees of Bennett College has named higher education advocate Suzanne Walsh as the new president of the college.

“It’s going to be challenging, but it’s also exciting,” said Walsh about her new position.

Slated to officially start on Aug. 1, 2019, Walsh succeeds Dr. Phyllis Worthy Dawkins, as the college’s 19th president. The college announced Dawkins’ departure on June 21 and are not revealing why she left.

Dr. Gwendolyn O’Neal, a Bennett alumna and member of Bennett College’s Re-Engineering Committee (BRC), will continue to serve as interim president of the college until then, at which time she will become the school’s Chief Operating Officer.

State Sen. Gladys Robinson, the chairwoman of Bennett’s Board of Trustees, said the college had been speaking to national education leaders for months, in search of someone to embrace and champion innovative ideas that will ensure long-term viability.

“Bennett had a really great fundraising campaign. The board knew we had to have leadership that could continue that fundraising and also advance the college’s goals. It is necessary to chart a new direction for Bennett College in order to be sustainable,” said Robinson. “Suzanne Walsh has the experience, passion, fundraising expertise and personal qualities that will ensure she is embraced by our students, faculty, staff, alumnae and community.”

While Walsh has limited higher education administrative experience, she has worked closely, via her foundation experience, on ways to improve graduation rates at various community colleges across the country. She earned a bachelor’s degree in social work from Cornell University, as well as a master’s degree in social work and law degree from Case Western Reserve University. Walsh is a member of the Ohio Bar, and has received national recognition for her portfolio of work with organizations on projects that combine innovation, technology and learning.

“This intersection of education, innovation and technology is about how we can use technology to help really make the learning moment special and meaningful,” said Walsh.

Hailing from Seattle, Walsh also brings 20 years of experience in leadership roles with the Bill & Melinda Gates Foundation, the Lumina Foundation and The Heinz Endowments, where she said she learned about philanthropy and how to work with potential donors, something that will prove vital in her role as a college president. This will be her first leadership role at a four-year academic institution.

In her new role at Bennett, Walsh will also be required to work closely with the Board and the Bennett Reengineering Committee (BRC), which was appointed earlier in 2019 to identify ways to transform the college and keep it relevant in a rapidly changing educational environment. It is an independent committee of 19 local, state and national leaders, co-chaired by Tom Ross, president emeritus of the University of North Carolina System and Yvonne Johnson, Greensboro mayor pro tem and a Bennett College alumna.

Bennett College has a 45 percent graduation rate based on data reported on every six years. Under Dawkins’ leadership, the school increased enrollment by 16 percent and finished last year with a surplus in the budget. Walsh also suggests that the school look at non-traditional undergraduate students, such as women returning to school, women who may want to transfer and first-time college students, to help continue that enrollment increase.

“First we will need to look at the data. How can we make data informed decisions? How can we be a place that has a culture of planning and innovation? Innovation isn’t a thing that you put the same component on everyone. What makes innovation and change possible is when you understand the context in which you’re operating,” said Walsh. “We have to be honest with ourselves about our strengths and our weaknesses.” She also hopes to engage the community and students as part of this transformational change. Walsh shared ideas of a “One Bennett, One Book,” similar to the Greensboro Public Library’s initiative, to help foster a sense of campus unity.

One of only two historically Black colleges for women in the United States, Bennett launched an aggressive fundraising campaign to raise support for the school ahead of its accreditation appeal. With donations from individuals, businesses and other institutions of higher education, the final tally topped $9.5 million. The Southern Association of Colleges and Schools Commission on Colleges (SACSCOC) voted in February 2019 to uphold revocation of Bennett’s accreditation after two years on probation because of concerns of financial instability. Lack of accreditation can impact a school’s ability to receive federal dollars or for students to qualify for federal financial aid.

Bennett filed a federal lawsuit to contest the decision and continues to be accredited by SACSCOC while the case is pending in court. The college is currently seeking additional accreditation by the Transnational Association of Christian Colleges and Schools (TRACS), another national educational accreditation agency, which could take anywhere from 18 months to two years.

“Bennett College has a compelling mission to produce accomplished young women who are ready to lead,” said Walsh. “In an ever-changing world that I believe is thirsting for their leadership, that mission feels more relevant than ever, and what excites me is the opportunity to help translate it for a new era.”