NC’s March 3rd Primary: What you need to know to vote 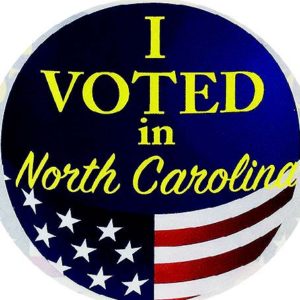 North Carolina will join the rest of the country in selecting governors, legislators, congresspeople and, of course, the president on November 6.

But first, registered Democrats and Republicans will select their November candidates during the all-important March 3 “Super Tuesday” primaries, where fifteen states and American Samoa will be involved.

North Carolina will be one of them.

Lawmakers moved the state’s primaries to March 3 several years ago so that it could have a greater impact on who the presidential nominee may be.

Primaries, unlike general elections, traditionally are decided by political party purists who vote in an effort to steer their party’s nominee more towards their vision. Thus, during primaries, Democrats select from several candidates vying to lead them in November, and Republicans likewise.

As a voter, your job is make sure that your registration to cast your ballot on March 3 and November 6 is correct and up-to-date, especially if you have moved since the last election you voted in. You can do this by checking for your correct name, address and party affiliation at the state Board of Elections website – https://www.ncsbe.gov/Voters/Voter-Tools.

You may also request an absentee ballot there as well.

Also, make sure you know where your proper polling place location is.

Recently, by order of a federal judge, voter photo identification will not be required when you early vote and for the March 3 primary. Indeed, absentee ballots are already being sent out. No decision has been made about voter photo ID for the November 6 general election, pending a trial to decide the matter.