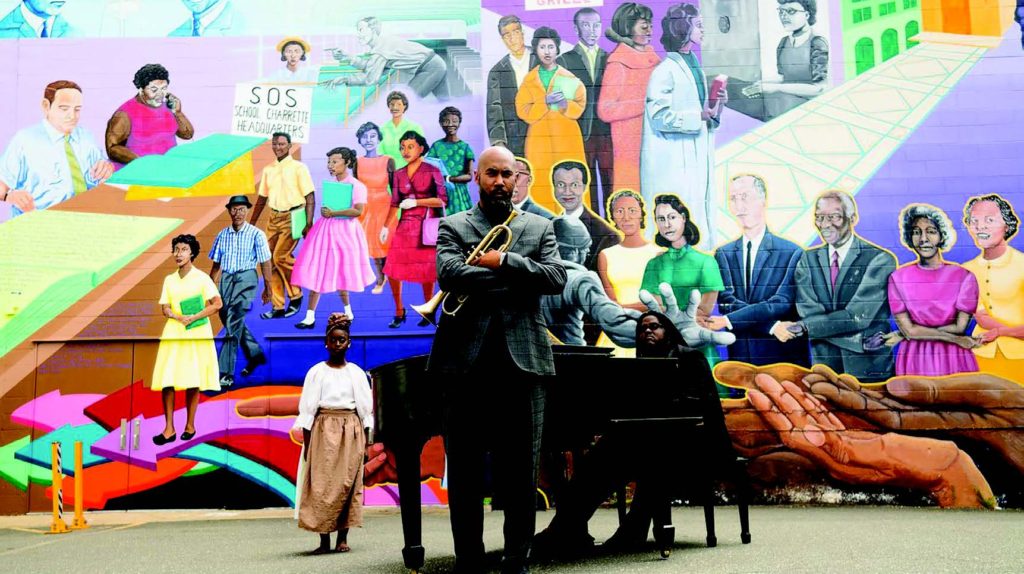 “LEVAS” is Strong’s heartfelt arrangement of the iconic song known as the Black National Anthem. The 8-minute performance is a tribute to the African American experience and the preservation of its culture. The full performance will be available on Friday, Feb. 19, on Strong’s Facebook page, YouTube channel and AlStrongmusic.com.

“LEVAS is my humble offering as an artist to the African American community that showcases our strength and resiliency as a people, and pays homage to the ancestors and those before us who first established the standards for what we call Black Excellence,” said Strong.

In 2020, Strong discovered inspiration for the recording during a performance with the Al Strong Quartet during Saint Augustine University’s annual CIAA Jazz Brunch. Strong began to superimpose the anthem’s melody over a vamp at the end of the original tune, leading to development of a new arrangement with a distinct sound and an additional string section.

Strong is known for his distinctive original music and jazz classics, which have garnered national and international attention. He released his debut album, “LoveStrong Vol. 1,” in 2016.
His musical career includes performances with many music legends, including Aretha Franklin, The Count Basie Orchestra, Dwele, Eric Roberson and The Hamiltones. He has also served as music director for hip-hop pioneer Rakim and headlined shows at Washington, D.C.’s legendary Blues Alley and at the Blue Note Jazz Festival and Winter Jazz Fest.

Strong is credited with co-founding The Art of Cool Project later known as The Art of Cool Festival, a Durham based music festival that attracts thousands of music lovers to downtown Durham. He was also instrumental in developing stArt of Cool youth jazz education summer camp.