Editor’s note: The following story was published in the November 4, 2021 print edition of the Carolina Peacemaker.

Last week, statewide media was ablaze with the exciting news that for the first time in its long history, the state Conference of NAACP Branches elected a woman as its new North Carolina president – Deborah Dicks-Maxwell, currently president of the New Hanover County NAACP, with 54 percent of the vote in a three-way virtual race.

But what was not reported by anyone was that the election was formally challenged, with the final, official outcome in the hands of the national NAACP
office in Baltimore, Maryland.

Until a final determination is made, two-term incumbent Rev. Dr. T. Anthony Spearman, who came in second with 34 percent of the vote, remains the state NAACP president, sources pointing to the civil rights organization’s bylaws and constitution say.

Neither Dicks-Maxwell nor Rev. Spearman offered comment for this report, and neither are publicly accused of doing anything wrong, but sources sent a copy of the Oct. 27th complaint to this reporter to verify this story. 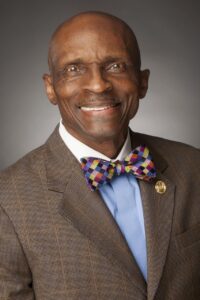 “We are in communication with the national [office], and we are awaiting their response, and until that, we can say very little,” a source who wanted to remain unnamed said. “We will know once we’ve gotten confirmation that they’ve received everything.”

The election, conducted on Saturday, Oct. 23rd, is the subject of what is known as an “Article IX Complaint to the National Office…” which states, in part, that “the undersigned members and branches, pursuant to Article IX of the By Laws for units of the NAACP,” Elections of Officer and Executive Committee and Delegates for the State Conference Elections’ currently boosted on the NAACP national website are more than 25 eligible voting NAACP members from five (5) or more units (branches) in North Carolina who were kept from voting by mis-directions or no directions about the aborted and corrupt elections conducted on October 23, 2021.”

The complaint goes on to allege that because “deadlines and procedures…were not followed by the National NAACP Administrator and those working in concert with her, dozens of loyal NAACP members were disenfranchised in this totally digitalized process (the complaint does not name that person). Because there were no accommodations made for our elderly members who were disenfranchised by the digital divide, generational divide, disability divide, and literacy divide, many members who have voted in every NAACP, state, county, and federal election since the 1965 Voting Rights Act were treated unfairly.” 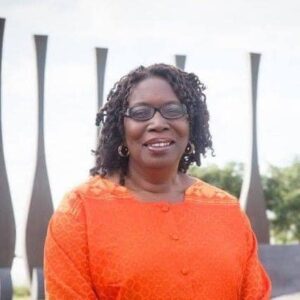 Election “I” began on or about 11 a.m. digitally for those who had access to a phone or computer. This election was aborted on or about two hours later, all the ballots cast in it were trashed. A few favored candidates of the National NAACP Administrator and those working in concert with her had access to a list of 260-300 eligible voters. One candidate, the State Secretary, had access to it and emailed them at 6:45 a.m. after accessing it at midnight.

The N.C. NAACP complaint continued, “Election “II” began on or about 1:01 p.m., after many people had voted in Election I and left for Saturday afternoon of work, family, and fun.
On information and belief, many believed their NAACP duty was completed for the day, and they probably still don’t know their ballots were trashed. A brand-new election, some were told, would start soon.”

There was no mention of the 2-hour Election I. There is no official record of the aborted election by the National NAACP Administrator and those working in concert with her of this mysterious aborted election.”

The N.C. NAACP elections complaint then states that “the uncontested elections are difficult to investigate.”

“Huge gaps existed between the list of up to 300 eligible voters on a carefully- guarded list accessible to a favored few. The 99, 107, 118, and 85 winning margins may have been wide enough to the digitalized algorithms in Buddy the National office rented, but these margins hardly took into account the two critical questions: What about the aborted election? And what about the non-voting roughly 155 NAACP eligible delegates who traditionally never miss a single vote? It is not difficult to add the number of eligible non-voters who were disenfranchised, to the non-winners votes and easily conclude one or both of the elections could easily have gone the other way.”

The complaint goes on to allege, “The two election processes unfairly tilted the scales.” Apparently quoting the national NAACP by-laws, the complaint states that the National [NAACP] office “will institute an investigation into the matter…” and within thirty (30) days, or as soon thereafter as possible, dismiss the complaint and inform all parties forthwith that the installation of officers might be held… [or if the charges appear to have merit] and the election might have been otherwise had the alleged violations not occurred, then the matter will be referred to the Chairperson of the Committee on Membership and units of the Board of Directors, who will designate a Hearing Panel.

The complaint then makes the interesting allegation that the Chairperson of the Committee on Membership and Units “is subject of this and other complaints,” thus making the situation “obviously unfair.”

The N.C. NAACP election complaint closes with quoting the bylaws that “Pending resolution of the dispute, the officers whose terms were to have expired with the new election, will continue to function,” adding, “Recent attempts to short-circuit this bylaw must be stopped.”

This is not the first time that there has been controversy regarding the election of the top officers of the N.C. NAACP. 2019 saw Dr. Spearman opposed for reelection to a second two-year term by then NAACP member Rev. Curtis Gatewood after Gatewood was accused of sexual harassment and his membership was successfully challenged.