With a newly redrawn 6th Congressional District, current U.S. Rep. Mark Walker (R) did not file for re-election this year, opening up the race to five Democrats and two Republicans. A public forum on February 11 gave Democratic candidates about one hour to convince the nearly 60 people in attendance at the Guilford County Democratic Party headquarters, that they are the right person for the job. 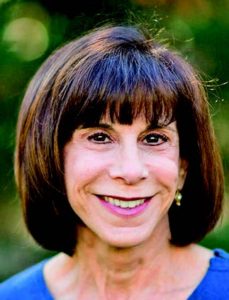 The newly redrawn area of N.C.’s 6th Congressional District now includes all of Guilford County and part of Forsyth County, including Winston-Salem, opening the race to more candidates.
“Our district is split in half between two conservative seats to dilute our voting strength and dilute our voice,” said Foxx. “We don’t have time for someone to learn how to get to the committee room, we need someone who can hit the ground running.”

“When it comes to women’s issues, it is all of our issues. This district is over 50 percent women. A woman’s choice is a woman’s choice. We fight for women to have access to Planned Parenthood. We’re not going to fight the battles of yesteryear,” said Foxx, who also championed equal pay for women.

During her time as a congressional staff member, Foxx said she helped launch the Congressional Bipartisan HBCU Caucus and co-founded the Black Women’s Congressional Alliance and the bipartisan and bicameral Women Chief’s Alliance.

Foxx noted that federal military dollars could be reallocated to pay for healthcare. 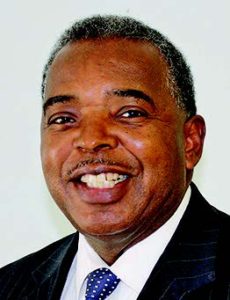 Montgomery addressed a question about improving the lives of farmers, saying he would work to enhance infrastructure across the state, particularly in rural areas, and legalize marijuana and hemp as viable cash crops.

“As we grow, we have to equip folks to grow. North Carolina can be an exporter for commerce in such a way that they have a new cash crop. We have to look at those types of policies that equip folks in rural communities to let folks know that we care about them,” he said.

Montgomery, also a former Winston-Salem City Council member who took over the House District 72 seat after Hanes resigned in 2012, said what sets him apart in this race is that he is a policy-maker who understands the needs of everyday people, such as preserving social security and providing healthcare. 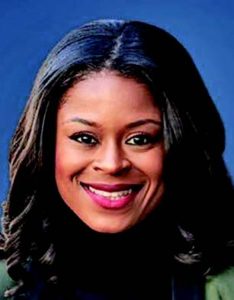 “My journey and service has been working with the everyday people, understanding everyday problems and making policies to make a difference in their lives. Don’t just trust what I’m going to do, but check my record on what I’ve already done,” he said, adding that he voted against a Republican drafted abortion bill and is also a co-sponsor of current legislation to ratify the ERA (Equal Rights Act) in N.C.

Hanes laid out his top accomplishments during his six years in office from his influence in passing a $30 million bill for police body cams to an educational reform bill that made it easier for smart, low-income children to access gifted classes.

“I’m from here. I understand what it means to be from here, and of here and serve this district. I have cut through the noise in Raleigh. I will do it again when I go to Washington D.C., and I will do it with integrity and support for our leadership,” said Hanes.

He also took the opportunity to add that the Democratic Party elected officials and candidates should support the party’s leaders. He was referring to his opponent Kathy Manning, who ran an ad two years ago saying that she would not vote for Nancy Pelosi as the Democratic Speaker of the U.S. House, and that she supported term limits for party leaders.

“We have to have someone who will go to Washington and support our leadership,” said Hanes.

Hanes also noted that legislation supporting women’s reproductive rights was passed years ago and he would not support rolling back the progress that has been made in that area.

“The issue of a woman’s right to choose is one that has been a discussion in my house my entire life. Every single bill this oppressive Republican Party tried to bring, I stood up against and I voted against. I did it because it’s the right thing. I’m going to continue to fight because it’s the right thing to do,” said Hanes, adding, “We want to make sure everyone is taken care of in terms of healthcare. We have to be on the track towards getting to the point where all Americans are covered — for their whole lives.”

Davis expressed that his experience as an early childhood education provider and 20-year military career gives him insight that no other candidate possesses.

“I took that solemn oath. It’s the most important thing a Congressman will do besides sign a Declaration of War. And I’m the only candidate that would understand the impact that that decision of war would have on our community, our children, and our economy. I think you want someone who understands that is one of the biggest challenges we face in this dangerous world,” said Davis.
The experienced politician also stated he is very interested in making sure senior citizens can afford prescription medications, that healthcare is covering pre-existing conditions and that women have the right to choose. 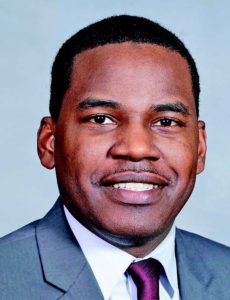 Community members in attendance also posed questions to the candidates about Trump’s trade policies and legislation that will prohibit public access to private consumer data.

Manning, who was not present at the forum, shared her responses to the questions in an email to the Peacemaker.

Manning lost in the 2018 race against Ted Budd (District 13), before district lines were redrawn, to represent the state’s then 13th Congressional District. That district included part of Guilford and Rowan counties, as well as all of Iredell and Davidson counties. Her years of focus on elevating small businesses to spur economic development helped spearhead the efforts to build the Greensboro Children’s Museum, Triad Stage and the new Tanger Center for the Performing Arts.

“As our representative, I will continue building on that work by supporting policies that help local small businesses grow, to attract new businesses to our area, raise the minimum wage, and advocate for increased access to opportunity for minority and female-owned small businesses,” said Manning. “We also need to renew our focus on investing in communities in the 6th District that have been historically underserved and under-resourced.”

“In Congress, I’ll be a strong advocate for women and for legislation that will protect a woman’s right to control her own reproductive decisions. I will also advocate for all women to have access to affordable healthcare including birth control. Additionally, I believe we must pass the Equal Rights Amendment to ensure women are treated equally under the eyes of the law,” she wrote.

If elected, Manning stated that in order to connect to voters, she intends to form advisory committees to address the various issues impacting the 6th district, including the unique needs of rural communities within the district. She also expressed that laws must reflect 21st century life and she would support legislation that addresses cyber-security.

“I’ll support legislation to bring our governance of technology companies and their platforms into the 21 century, and to make sure that artificial intelligence isn’t being used to harm or discriminate against people or to harm our national security interests. I’ll also support legislation to protect our elections from foreign meddling online,” said Manning.

The primary ballot will also include Republican candidates Laura Pichardo from Pelham, and Lee Haywood from Summerfield, the GOP chairman of the Guilford County Republican Party for the past two years.

The Primary Election is March 3. Early voting began February 13 and runs through to February 29. There are 15 early voting sites open in Guilford County throughout the early voting period.

More info can be found at www.guilfordcountync.gov.