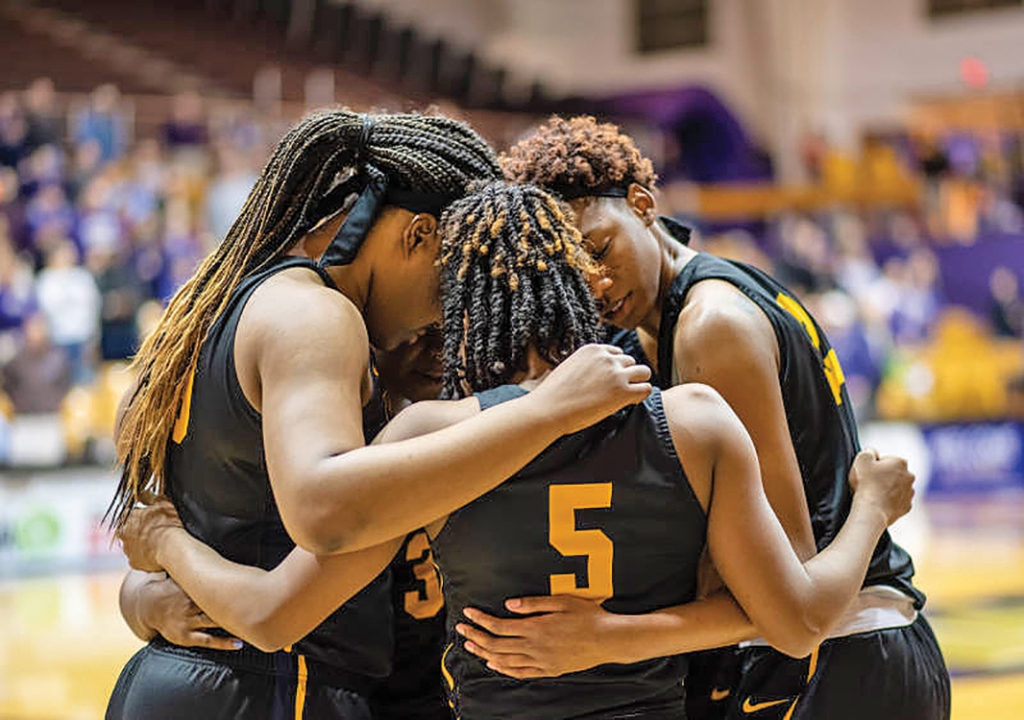 The Aggies lose only one senior from their 2018-19 roster.

James mounted enough offense, however, to advance to the second round of the WNIT with a 48-37 win over the Aggies Friday night at the JMU Convocation Center. The Dukes (26-5) advanced to face the University of South Florida in the next round while the Aggies saw their season come to an end at 20-12. It is a season that included the Aggies going undefeated at 16-0 in the Mid-Eastern Athletic Conference (MEAC) for the first time in school history.

But on Friday, the Aggies shot just 22.4 percent from the floor and at times their shooting percentage dipped below 20 percent.

“As good as we are defensively, we are not that great offensively,” said Tarrell Robinson who made the fifth postseason appearance of his seven-year tenure as the Aggies head coach on Friday. “We wanted our defense to create enough easy offensive opportunities for us because they are a really good defensively in the half-court. We did not want to continue to go against their half-court defense. But we did not create enough transition opportunities.”

N.C. A&T only had four points six minutes into the game, but they finished the first quarter strong, outscoring the Dukes 8-2 over the final four minutes of the first period. Tyler ended the quarter with a 3-point play to send the Aggies into the second quarter down 13-12.

JMU’s defensive reputation kicked in from there. The Aggies failed to score for the remainder of the half while the Dukes methodically grew their lead until both teams jogged off the court with JMU leading 29-16.

The Aggies did get the lead under 10 in the fourth quarter. Foy completed a 3-point play with 4:40 to play to cut JMU’s lead to 40-32. A 4-0 pushed the lead back to 12 before freshman Jasmen Walton hit a 3-pointer and junior Shantell Bostick scored in transition to get the deficit down to seven, 44-37 with 56 seconds remaining.

It was as close as the Aggies could get, however.