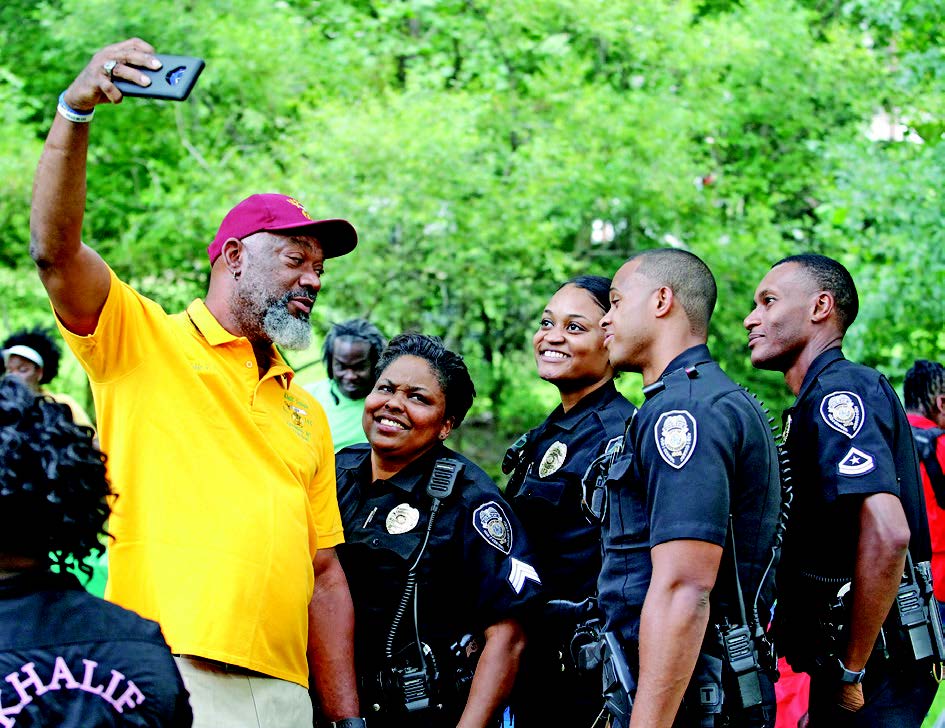 Thousands of residents across the city of Greensboro gathered throughout neighborhoods to celebrate National Night Out on Tuesday night.

This annual crime and drug prevention event is sponsored locally by the Greensboro Police Department and celebrated the first Tuesday in August. National Night Out is a nationwide community-building campaign that promotes positive relationships between neighbors and law enforcement while bringing back a true sense of community.

The first annual National Night Out was observed in August 1984 and involved 2.5 million neighbors across 400 communities in 23 states.

More than 140 neighborhoods across Greensboro participated this year by hosting a variety of events and activities such as: block parties, cookouts, visits from local police and fire departments, parades, flashlight walks, contests and youth-oriented programs.

Greensboro was one of 26 cities nationwide with a population between 100,000 – 299,999 to be recognized nationally for its support of National Night Out. The Greensboro Police Department has received 23 national awards from the National Association of Town Watch based on its community participation.