National NAACP under fire not just in N.C.

With the NAACP National Convention scheduled for next month in Atlantic City, N.J. (July 14-20), delegates from the North Carolina State Conference won’t be the only ones attending wondering out loud about the direction their civil rights organization is going under Pres/CEO Derrick Johnson.

For North Carolina, delegates are wondering about the $20 million sexual harassment lawsuit pending in Durham Superior Court regarding former N.C. NAACP Youth Director Jazmyne Childs and her allegations against her former supervisor Rev. Curtis Gatewood, in addition to suing Pres/CEO Johnson for allegedly publicly humiliating her at the 2019 N.C. NAACP State Convention in Winston-Salem. 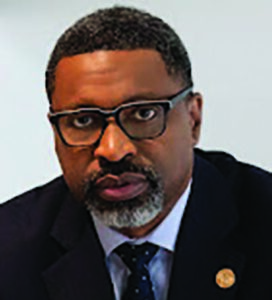 Add to that the recent October 2021 election controversy which saw the ouster of then state conference Pres. T. Anthony Spearman under questionable means allegedly orchestrated by Administrator Gloria Sweetlove.

An Article 10 complaint per the NAACP Constitution and Bylaws was filed by a group of N.C. NAACP members who called themselves the Justice Coalition, and dismissed. Rev. Spearman was suspended, and is also expected to file suit in the matter.

That will be two multi-million dollar lawsuits against the national NAACP from North Carolina alone.

Then there’s the San Diego branch of the NAACP, where Johnson and the national office removed Branch Pres. Francine Maxwell for allegedly refusing “…to adhere to the communicated process or to cooperate with the appointed Administrator, Alphonso Braggs.

Maxwell is the second of two San Diego chapter presidents in recent years removed by Pres./CEO Johnson. Maxwell’s defenders say she is a fine leader and has helped to make that chapter one of the best in the nation.

An editorial in The San Diego Voice & Viewpoint, the local Black newspaper, said, “The National NAACP President Should Be Suspended, not the San Diego Branch President.”

An editorial in the local major market newspaper touted, “In San Diego, national NAACP now represents everything it’s supposed to fight against.” 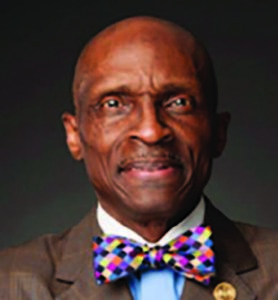 And in Atlanta, the chapter president there was forced to publicly apologize to former Mayor Kasim Reed for urging Atlantans not to vote for Reed’s re-election because he believed Reed’s previous policies for and stewardship of the Peachtree City were bad for Black people.

Atlanta NAACP Pres. Richard Rose was warned by Johnson that he could be either suspended or expelled if he continued to criticize Reed, but many of Rose’s supporters countered how Rose’s criticisms weren’t any different from when Johnson criticized former Pres. Donald Trump. The NAACP’s 501(c)4 status does allow it to criticize elected officials.

To put a cap on recent controversies, Dr. John E. Warren, publisher of the Voice & Viewpoint wrote in an opinion piece published just last Thursday titled “National NAACP Lynches its Own,” It appears that the National NAACP (National Association For the Advancement of Colored People), has moved from fighting such illegal actions to committing them against their own members.

Dr. Warren referenced the controversy here in North Carolina concerning the October 2021 election, and then notes a controversy Pres./CEO Derrick Johnson was involved in 2013 “…that he was brought under scrutiny …by the Mississippi Secretary of State for the co-mingling of funds from his One Voice non-profit organization with that of the Mississippi State NAACP while he was State President.

It appears that now might be a good time for the national NAACP to take a close look at its leadership as well as its Board of Directors, Dr. Warren continued. Today’s need for the NAACP at all levels of the organization is too great during these difficult times.

According to TV station WLBT3, a Jackson, Miss. NAACP member called for Derrick Jackson to step down in 2013 amid a probe by the Mississippi Secretary of State that showed Johnson’s One Voice non-profit group was audited and taken to task “…for spending money on the NAACP Image Awards [show] in Los Angeles, for Broadway tickets, spa treatments and other expenses not related to its charitable work.”

The current incidents are not to suggest that there aren’t legitimate problems between the national NAACP office in Baltimore, Md. and branches or state conferences across the country, including here in North Carolina. And those previous problems have been well documented in the Black and general press for years.

But the leadership of Pres./CEO Derrick Johnson has led to several questions about the “oldest and baddest” civil rights organization following its own bylaws and Constitution in certain cases, especially when the national office under Johnson, appoints an administrator to a state conference.

As has been documented, Johnson’s administrators have been shown not just to oversee the operation of state conferences and branches, but, many longtime members say, substitute their judgment in place of the NAACP Constitution and Bylaws, with the approval of Johnson. When members complain, the national office uses the constitution and bylaws as its administrative shield.

Members with the Justice Coalition say Johnson wanted N.C. NAACP Pres. Spearman out of the way when he (Johnson) had his Administrator Gloria Sweetlove change the rules of the state conference election last October without proper notice.

When press inquiries are made to the NAACP national office about these issues, it maintains that the NAACP and NAACP Empowerment Programs, Inc are private organizations that are not obligated to answer press inquiries.

What that reason was isn’t entirely clear yet, they say, but they hope that the pending lawsuits will shed some light.