The national office of the NAACP has dismissed an Article 10 Election Challenge from concerned members of the North Carolina State Conference of Branches about its October elections, and specifically a complaint to remove State NAACP Administrator Gloria Sweet-Love “… for actions pertaining to the N.C. election.”

But the complainants vow that their fight isn’t over. 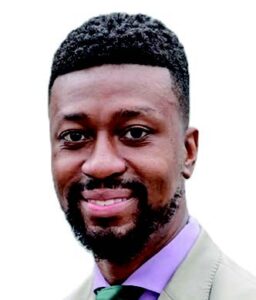 The December 14th, 2021 NAACP missive, on letterhead, addressed to “Pastor Cardes Brown Jr., Religious Affairs Chair” of the N.C. NAACP, was signed by national NAACP Pres./CEO Derrick Johnson.
Rev. Dr. Brown is also a Life member of the NAACP, and leader of the Justice Coalition – the group of N.C. NAACP complainants who filed the Article 10 Election and Administrator Sweet-Love challenges.

The letter indicated that the complaint “… was presented to the entire Committee of Units and was dismissed … pending a final vote of the appropriate body.”

The NAACP letter to Rev. Dr. Brown went on to state that “In October 2020, the National Board of Directors (of the NAACP) voted to approve Gloria Sweet-Love along with Hazel Dukes as Co-Administrators of the North Carolina State Conference. By that vote, the Administrator has the authority to determine the timelines for elections and make other decisions for the state conference.”

Sweet-Love is also an NAACP Board member, and president of the Tennessee NAACP State Conference of Branches, and has been accused of alleged election manipulation before.

However, in a N.C. Black Press story dated October 17, 2019 titled “Rev. Gatewood, NAACP Mum on His Hearing Date,” it was noted that because Article 10 complaints had been filed by Gatewood alleging fiscal mismanagement in the N.C. NAACP, “…an administrator from the national office has been put in place to oversee conference operations.”

So the NAACP letter’s timeline on when Administrator Sweet-Love came is off by a year.

The letter continued, “…not only was the process of conducting all state elections via “Election Buddy” authorized by the Board of Directors in May 2021 for State Conferences across the Association, it was also determined that the National staff would oversee the election process.”

The letter goes on to state that “…i f the National office is requested or has to intervene in a local or state election process, the Unit [conference or chapter] shall be charged for the travel and/or hotel expenses for staff and/or appointed persons who have been selected by the National office to conduct the election in question and the election cannot be appealed.” 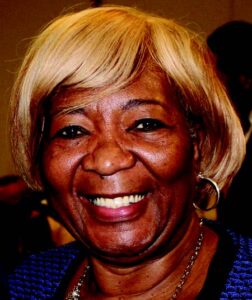 Finally, the letter concluded, “… the issues raised in your Article [10] challenge would not change the outcome of the election.”

“Your [Article 10] against the Administrator [Gloria Sweet-Love] for election planning and process is also summarily dismissed.”

Needless to say, Rev. Dr. Brown was not pleased with the national NAACP’s dismissal of the Justice Coalition’s complaint.

In an exclusive interview to confirm that he did receive the written dismissal, Dr. Brown did not blame the national NAACP per se, but persons currently leading the national civil rights organization, especially Pres./CEO Derrick Johnson.

Brown recalls that contrary to established NAACP Constitution and Bylaws, Administrator Gloria Sweet-Love announced on Sept. 23rd that N.C. NAACP executive committee elections would be held in one month, on Oct. 23rd.

However, again, contrary to NAACP Constitution and Bylaws governing conference and chapter elections, there was no election supervisory committee selected and no opportunity for candidates to appeal to delegates for their support or vote.

“So now they are saying there is nothing that can be done, this is what it is, and it can’t be appealed……,” Dr. Brown opined. “These are people in place who have not given consideration of the (NAACP] Constitution. This just cannot be allowed to happen…not by the biggest, baddest, boldest civil rights organization in the world.”

Rev. Brown went on to state that it made no sense for the national NAACP to demand justice when it came to incidents of voter suppression or voting rights violations elsewhere, but then not be able to follow its own rules internally.

Another source, that wished to go unnamed at this time, confirmed Rev. Brown’s contention that much of the current trouble had its roots in 2017, when the national NAACP failed to respond for two years to allegations of sexual harassment by former N.C. NAACP member Rev. Curtis Gatewood. The national office was forced to respond in 2019 when the alleged victim went public with her allegations against Gatewood, who maintained his innocence.

But after national NAACP Pres./CEO Derrick Johnson allegedly lambasted the alleged victim at the 2019 N.C. NAACP Convention in Raleigh, she filed a $20 million lawsuit against him and the organization which is still pending in Durham.

The unnamed source lays blame at the feet of Johnson, NAACP Chairman Leon Russell and Gloria Sweet-Love for their “failure to respond and protect” the young victim, among other charges. The source maintains as a result, because of that “failure” and many others, persons at the national have allegedly “targeted” the N.C. NAACP with a cover-up and dismantling of N.C. NAACP leadership .

The national NAACP office has not replied to a Dec. 9th emailed request for comment from this reporter.

Meanwhile, the New Hanover NAACP chapter has now formally replaced its former president, Deborah Dicks-Maxwell, who is now the new N.C. NAACP State Conference president, and first woman to serve in that capacity.