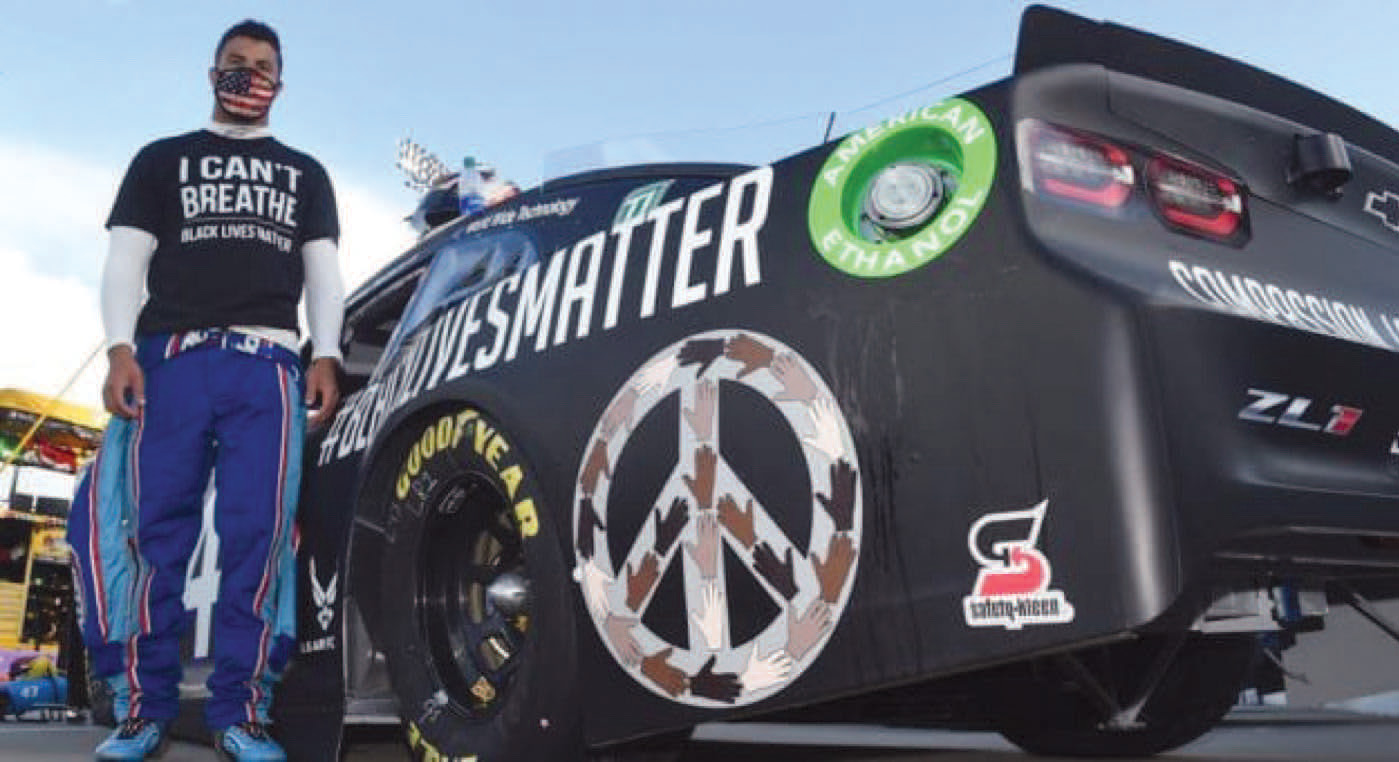 Since protestors and demonstrators have taken to the streets around the globe in the aftermath of the police killing of George Floyd in Minneapolis, many businesses and organizations have issued statements and taken measures to communicate their stand against racial injustice.

On Wednesday, June 10, NASCAR joined that ever-growing list with the announcement that it’s removing the Confederate flag from all of its events.

“The presence of the Confederate flag at NASCAR events runs contrary to our commitment to providing a welcoming and inclusive environment for all fans, our competitors and our industry,” NASCAR officials wrote in a statement.

“Bringing people together around a love for racing and the community that it creates is what makes our fans and sport special. The display of the Confederate flag will be prohibited from all NASCAR events and properties.”

However, skeptics say it remains too early to tell if the growing list of businesses will support African American-owned businesses and the continued cry for racial equality.

“NASCAR isn’t a museum. It’s a sport. And on race day, it’s a sport that invests more time and pageantry honoring America than anyone,” writer Dan Wolken wrote in an Op-Ed for USA Today. “The people who insist the Confederate flag is an important part of that pageantry are not amplifying the values inherent to American sports. They’re mocking the long road to progress that has once again ar\ rived at a defining, historic moment.”

While many took to social media to voice their surprise about NASCAR’s decision, one of the sport’s premier drivers and NASCAR’s lone Black competitor joined in to applaud the move. “I’m just really proud of the efforts of NASCAR for stepping up and wanting to be a part of the change,” said Bubba Wallace, whose No. 43 Chevrolet car has the #BlackLivesMatter hashtag painted over the vehicle, told Good Morning America.