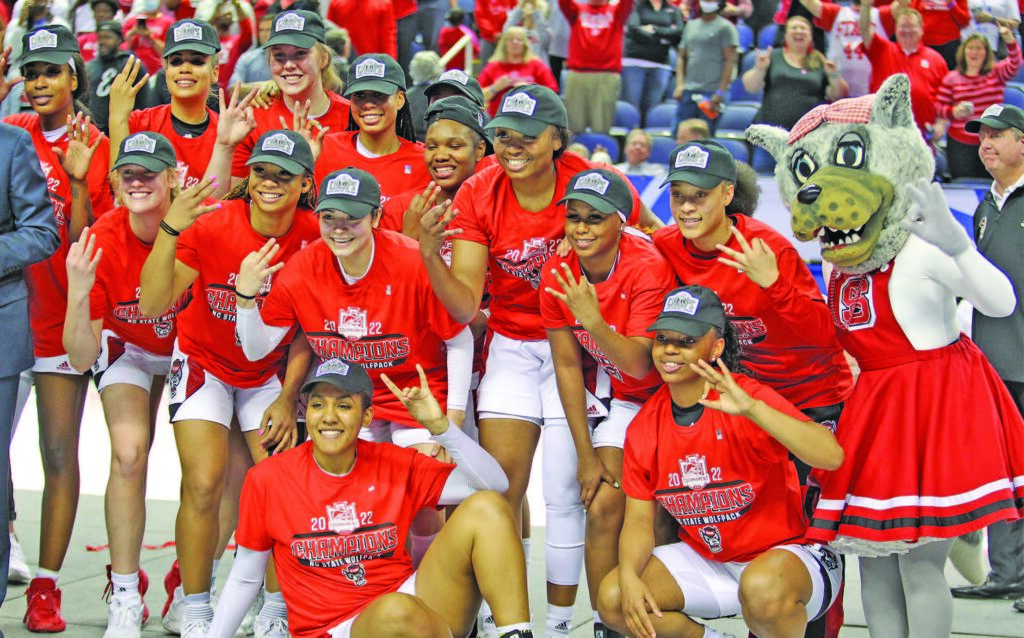 Northwest High School alumna and N.C. State center Elissa Cunane (Junior, Summerfield, N.C.) scored 17 points and eight rebounds despite exiting the game for a stretch in the second half with an apparent left-ankle injury for the top-seeded Wolfpack (29-3). She returned to grind through the final minutes and was named the tournament’s most valuable player for a second straight year. 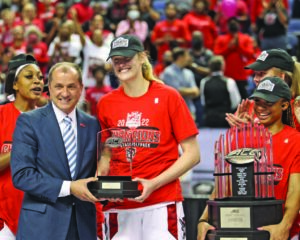 Raina Perez added 12 points and Diamond Johnson had 11, while Kayla Jones had 10 rebounds. The Wolfpack also got valuable minutes from backup post Camille Hobby when Cunane was sidelined, with Hobby scoring eight.

“They’ve all sacrificed a little bit,’’ coach Wes Moore told the crowd during the postgame trophy presentation. ‘’But hey, it’s worth it.’’

N.C. State shot just 35 percent but took control with a 17-4 run with Miami’s offense unable to do much of anything, then State had a burst that stretched an eight-point margin to 54-33 on consecutive 3-pointers by Johnson to end the third quarter and start the fourth.

N.C. State kept that margin at double figures the rest of the way, never letting Miami repeat its improbable quarterfinal comeback win against No. 4 Louisville.

While the Wolfpack pushed to an expected finals appearance, the seventh-seeded Hurricanes (20-12) were the surprise of the weekend. They were trying to become the lowest-seeded team ever to win the ACC Tournament or to win four games in four days for a title, a run that had already included the wild rally from 15 down in the final 5:44 to beat the Cardinals and a semifinal win against No. 20 Notre Dame.

But Miami’s offense struggled all day, with the Hurricanes shooting just 32 percent and three for 19 from 3-point range. That included a 7-minute scoreless drought in the third quarter as the Wolfpack began to pull away.

Kelsey Marshall scored 24 points to lead the Hurricanes, but no other player reached double figures.

As the final seconds ticked away, Cunane – who had grimaced her way through the final 6:56 of the game – finally broke into a smile as the Wolfpack began to run out the clock and she hugged teammate Jada Boyd.

A few feet away, Perez – who hit the game-winning shot in last year’s title game against Louisville – held up three fingers on each hand to the crowd, then jumped into Cunane’s arms for a hug at the horn.