Now that results from the 2020 U.S. Census are in, redistricting committees in the N.C. General Assembly have once again begun the process of redrawing the district population lines for the next decade to determine voting strength throughout North Carolina for local, legislative and congressional elections.

Dramatic changes are already in the offing, as North Carolina’s 13 congressional districts will be redrawn to make room for a 14th, especially since eleven of the current 13 are overpopulated beyond the required 746, 711.

One of the most overpopulated voting districts is the 12th in the Charlotte-Mecklenburg area. It is represented by Congresswoman Alma Adams (D-NC) and is comprised of
899,779 residents. Adams is one of only two Black congressional representatives from North Carolina. 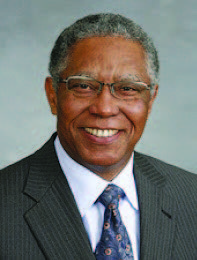 Ironically, the population count in the other Black congressional district, the 1st, is short by 59,355. That district is represented by Congressman G. K. Butterfield.
North Carolina’s population in the past ten years has grown 9.5 percent, especially in the six county areas surrounding Raleigh and Charlotte respectively.

The use of past election results and party registration in redistricting is disallowed, according to the new rules governing the process, as is any information about the racial composition of a proposed voting district.

That’s a problem towards not constituting the districts fairly, say Black lawmakers like state Sen. Dan Blue (D-Wake) and state Sen. Ben Clark of Fayetteville. Concerned about complying with the 1965 Voting Rights Act, and its mandate to not dilute Black voting rights, Democrats proposed guidelines for the use of Black population data per the districts, but were essentially shot down by the GOP majority.

Since 2011, Republicans have been in control of both Houses of the state legislature, and thus, have been in control of the redistricting process. As a result, the fruit of their efforts – namely racially and partisan gerrymandering of voting district maps – have been challenged in state and federal courts, with the majority of rulings catching the GOP trying to gain unconstitutional advantage more times than not by rigging the racial voting numbers.

Democrats maintain that the courts have ruled out the use of race as the primary factor in redrawing voting districts, but that doesn’t mean it can’t be a factor. 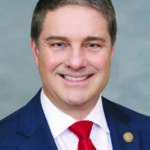 The U.S. Supreme Court has ruled in the past that while racial gerrymandering – or “stacking and packing” Blacks into districts – unconstitutional, partisan gerrymandering is not. Democrats, not trusting their Republican colleagues, are challenging their GOP colleagues on every aspect of developing the process now, in order to get the best outcome of what normally turns out to be a one-sided affair where the ruling party (Republicans) use redistricting to gain even more political advantage for the next ten years, and ultimately, retain power.

Republicans, however, now vow to change that behavior.

“North Carolina has been the epicenter of redistricting lawsuits for decades,” said Sen. Warren Daniel, (R-Burke) in a statement. Daniel is co-chair of the Senate Redistricting Committee. He added, “It’s time to put the last 30 years of litigation behind us and begin a new era of nonpartisan map drawing.”

Even though Republicans rejected Democratic recommendations about the rules for drawing the maps, they insist that the process will be “transparent,” as maps will be drawn out in the open during committee sessions with a video camera streaming the process for the state and the world to see.

The deep concern among Democrats is that Republicans across the nation are well-positioned with redistricting to take over the majority in the U.S. House during the 2022 midterm elections.
North Carolina is considered one of the key states to watch in that GOP effort.