And because of the alleged White supremacist leanings of the El Paso alleged murderer, North Carolina’s Democratic leaders, and some in the civil rights community, were quick to assign blame to Republican Pres. Donald Trump. 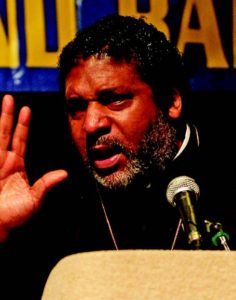 “It matters that this president has devalued the worth of people of color and inspires homegrown terrorists to release their justified White rage on innocents,” posted the African American Caucus of the North Carolina Democratic Party on Facebook Sunday.

“The randomness of Alt-Right terrorist attacks is frightening and proves that all of us are at risk, especially minorities. As long as we have no gun control, and a racist president, the security of our nation remains at risk.”

Both of the accused shooters were White males. Only the El Paso gunman was taken alive and later found to have White supremacist leadings towards Pres. Trump and against Latinos.

The double tragedy came on the heels of Pres. Trump attacking Congressman Elijah Cummings last week as coming from a “rat-infested” city of Baltimore, Md., and presiding over a Greenville, N.C. campaign rally the week before where the crowd shouted “Send her back,” mimicking Trump’s tweeted admonition towards Somali-American Democratic Rep. Ilhan Omar from Minnesota.

“In 1963 George Wallace spewed his racist hate rhetoric and policies,” former N.C. NAACP Pres, and current co-convener of the Poor People’s Campaign; A National Call for Revival, Rev. Dr. William Barber, said on Twitter. “By [that September] racists emboldened by him were blowing up children in churches. President Trump is lying and spewing his racist hate rhetoric and policies. Now we have a mass shooter in El Paso. This has to stop.”

Rev. Barber continued, “Trump’s words and policies embolden White supremacy, but so does the silence of members of his [Republican] party and many religious nationalists. Their silence is complicity.” 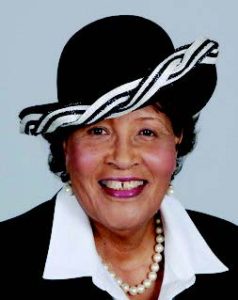 “I think he’s a hypocrite,” Rep. Adams told The Peacemaker Monday after President Trump addressed the nation earlier, denouncing White supremacy, but blaming the media and mental illness for the shootings.

“The time for simply expressing our thoughts and prayers is over,” Butterfield declared in a terse statement. “After the 250th mass shooting in this year alone, now must be the time for action. I join Speaker Pelosi and Democratic Leader Schumer in calling for the Senate to immediately reconvene and, at the very least, pass the bipartisan legislation the House passed in February that will strengthen background checks.” 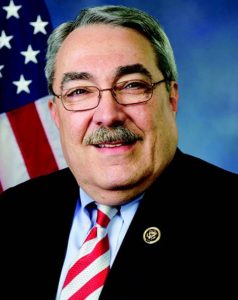 Rep. Butterfield continued, “Leader McConnell’s refusal to take up even the bare minimum legislation that could save lives and is supported overwhelmingly by the American public can no longer be tolerated. The Senate needs to do its job and immediately come back into session to pass this legislation. The American people deserve better.”

Even N.C. Gov. Roy Cooper demanded, in light of the double tragedies, the N.C. General Assembly debate and pass two measures – HB 86 and HB 454 – that could improve public safety across the state.

“The General Assembly should move quickly to debate the details of these bills so that we can end up with legislation to keep deadly weapons out of the wrong hands,” Cooper said in a statement Monday. “I am also directing my administration to ensure we are doing what’s needed to try to prevent these tragic events.”

“HB 86, the Gun Violence Prevention Act, includes several provisions to improve background checks and encourage safe and responsible gun ownership. HB 454, Allow ERPOs to Save Lives & Prevent Suicides, would create Extreme Risk Protection Orders, sometimes called a red flag law, and authorize family members and law enforcement to petition a court to restrict an individual’s access to firearms if there is evidence that person poses a danger to themselves or others. Fifteen states have already enacted this type of law.”

The governor continued, “Both HB 86 and HB 454 have been referred to the House Judiciary Committee. Neither bill has had a hearing.”