The gloves are now off!

Top N.C. Republicans have now publicly vowed to fight the practices of affirmative action and teaching relevant race history (what they call “critical race theory”) in public schools legislatively to ensure that people of color and women are not afforded what the GOP perceives to be any advantage over White citizens.

“Children must learn about our state’s racial past and all of its ugliness, from the 1898 Wilmington massacre to Jim Crow,” the conservative Carolina Journal online magazine quoted Senate Leader Phil Berger, R-Rockingham, at a news conference July 14th prior to a committee meeting. “But students must not be forced to adopt an ideology that is separate and distinct from history; an ideology that attacks ‘the very foundations of the liberal order,’ and that exalts ‘present discrimination’ — so long as it’s against the right people — as ‘antiracist.’” 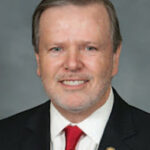 The Carolina Journal story continued, “Berger said he opposes Critical Race Theory and “will combat it with everything that I have, because I believe the doctrine undoes the framework that produced the most successful ongoing experiment in self-government in the history of mankind … whether you acknowledge it or not, this doctrine seeks to recast the foundational principles of American society. We must not let that happen.”

North Carolina has now officially jumped onboard the anti-Critical Race Theory train, even though not one public school teachers, or is slated to teach what, in reality, is a 40-year-old legal term for determining institutional and systematic racism in American society.

That didn’t stop Republican N.C. Lt. Gov. Mark Robinson from telling the Senate Education Committee, “I want to make one thing clear: The issue of indoctrination in our classrooms is real. It’s not some figment of somebody’s imagination. It’s happening all across the state, unfortunately.”

That committee is working to toughen HB 324, which, if passed, would effectively make it illegal to teach that “one race or sex is inherently superior to the other,” or even have discussions about America’s racial history, because that could be interpreted as “indoctrination.”

In effect, Republicans believe that what they call “CRT” would teach White children that they are inherently bad because of how badly their ancestors have historically treated Black people. Apparently White parents across the nation have that impression and are rising up in arms at local school board meetings, apparently taking the GOP political bait that Democratic liberals are trying to miseducate their children.

Last week, a New Hanover County Public School Board meeting had to be halted because “concerned” White parents demanded that CRT not be taught.

Sen. Berger has cited both Durham and Charlotte – where public school leadership have respectively welcomed a more accurate teaching of America’s racial history – as examples of exactly what he vows to fight “…with everything I have.” 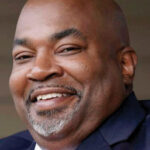 N.C. Democrats, as best as they can, aren’t having it.

“If we want to learn from history, then we need to teach history – all of it, the good and the bad,” N.C. Senate Democratic Leader Dan Blue (D-Wake) wrote in a July 14th tweet.

“When we exclude the hard parts, we are doing a disservice to our students and our country,” he continued.

“HB 324 “would limit teachers’ and students’ ability to have crucial conversations that address the systematic inequities in the United States that persist today,” say N.C. Senate Democrats.
“I fear that what it really does away with is critical thinking in the classroom,” said Sen. Jay Chaudhuri (D-Wake).

Democrats in the state Senate, and House, are in the minority, so unless Gov. Cooper can veto the HB 324, it will become law.

Not willing to pass up a golden political opportunity when they see it in the lead up to the crucial 2022 midterm elections, N.C. Senate Republicans are moving to place a constitutional amendment on the ballot to ban affirmative action in the state and that’s something Gov. Cooper cannot veto.

If passed, that would prohibit North Carolina colleges and universities from using race as key factors in admissions, and employers from using it in hiring.

Thus, Senate bill 729 “…would prohibit discrimination against or preferential treatment toward “any individual or group on the basis of race, sex, color, ethnicity, or national origin in the operation of public employment, public education, or public contracting.”

Currently, race is allowed to be a factor in North Carolina university admissions.