The decision is logical. It makes perfect sense. But that doesn’t mean the fallout is easy. Logic doesn’t assuage the ache of loss.

N.C. A&T’s promising football season is over before it began. With COVID-19 cases continuing to trend upward, the MEAC has decided to suspend all fall sports for the coming 2020-21 school year. 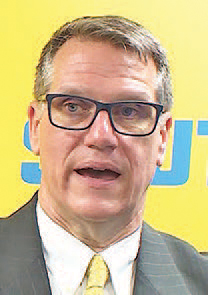 Hilton’s voice trailed off. Choked with emotion, the Aggies’ AD broke down. No more words would come for 18 seconds while he composed himself.

“These are not opportunities that will come again for many of these student-athletes,” he said at last. “I’ll be there and you’ll be there next football season. But my seniors might not be. These (college careers) are time-limited. They expire. And so it’s not something we can say, ‘Let’s do it again next year; come back and it’ll be OK.’

“I clearly haven’t recovered from canceling basketball in March or indoor-outdoor track yet. But when these student-athletes lose a year of competition, especially my upperclassmen, it’s gone. It’s over. And they’ve been working, preparing for these experiences, for these opportunities. Some of them have aspirations beyond college. Some of them have talent beyond college. And to take away the opportunity to showcase that talent, to put themselves in position to be hired to play professionally, well, (the word) ‘devastating’ doesn’t seem strong enough. I cannot imagine the pain they feel.”

The MEAC left open the possibility of fall sports schedules being moved to the 2021 spring semester.

The league’s fall sports are football, cross country and women’s volleyball. Baseball and golf typically play exhibitions in the fall as well.

“Much will be determined by what the NCAA does,” Hilton said. “If the NCAA continues to move forward and has championship seasons for cross country and volleyball and football in the fall, as they are scheduled, then playing a spring schedule would be of little interest to us. I would not want to burn a year of eligibility for a young person for what amounts to an exhibition season.”

The MEAC’s winter sports — men’s and women’s basketball, indoor track and women’s bowling — have not been affected. Yet, that could change if “health and medical professionals advise otherwise,” MEAC commissioner Dennis Thomas said.

Winter sports teams typically start practice in October. Most schools have already adjusted their calendars to be done with on-campus classes by Thanksgiving.

“It’s too early to make a decision on the winter sports,” Thomas said during a video conference. “… We have to be cognizant of what the predictive infectious disease experts have indicated. The flu season and the pandemic at the same time could have a devastating impact.” 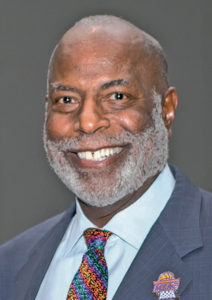 “The health and safety of our student-athletes continue to be our No. 1 priority,” said Dr. Wayne Frederick of Howard, chairman of the MEAC Council of Presidents and Chancellors.

The challenge of college sports, Frederick said, is that MEAC athletes are students first. And students must go to classes and interact with other students, making the “bubble” concept used by the NBA, NHL and MLB to isolate their athletes unworkable.

“If you look at what’s happening in pro sports, starting with the English Premier League and soccer leagues, there is lots of infrastructure and testing,” Frederick said. “… In all of those circumstances, that bubble excludes everybody else including fans. In a university setting, that’s hard to replicate.”

That’s especially true in the MEAC, where universities have differing levels of resources committed to athletics, and some schools have struggled mightily with financial issues in recent years.

“Most conferences are in a wait-and-see attitude in reference to this pandemic,” Thomas said. “… Some, if not all, Power Five institutions have brought athletes back. I don’t know if there’s one that’s had no positives (coronavirus tests) since they came back. In most objective people’s minds, they understand there will be positive tests.”

The loss of football particularly hurts for the Aggies.

A&T has consistently been ranked in the FCS Top 25 polls. The Aggies have won four of the five Celebration Bowls, and they are once again loaded with veteran talent.

In all, 18 seniors — 15 of them redshirt or fifth-year players — are on A&T’s football roster, with 11 of those projected as starters.

“We were jacked. We were loaded,” Hilton said. “It’s difficult for me to put into words because I’m coaches-and-kids’ AD. I identify heavily with our student-athletes. …
“I’m trying to put it into context, and I keep reminding myself that 130,000-plus Americans have died as a result of this virus. And I’m talking about games and sports? I keep reminding myself, but it is still difficult to tell some of these young people who have worked so hard that their dreams may be gone.”

The loss of football will put a significant dent in A&T’s athletics budget, which totaled nearly $14.7 million for the fiscal year of July 1, 2018 through June 30, 2019, according to the most recent data reported to the U.S. Department of Education.

Football revenue and expenses were slightly more than $5.6 million.

“Football creates revenue. But it does not turn a profit. It’s not like it’s supporting other sports,” Hilton said. “Football makes somewhere between $1.3 (million) to $1.4 million in ticket revenue. It’s not insignificant, but it’s not insurmountable, either. Because there will be savings, as well, with travel costs and things like that.”

Hilton said there are no plans to reduce scholarships, and he hopes there will be no layoffs among full-time staff.