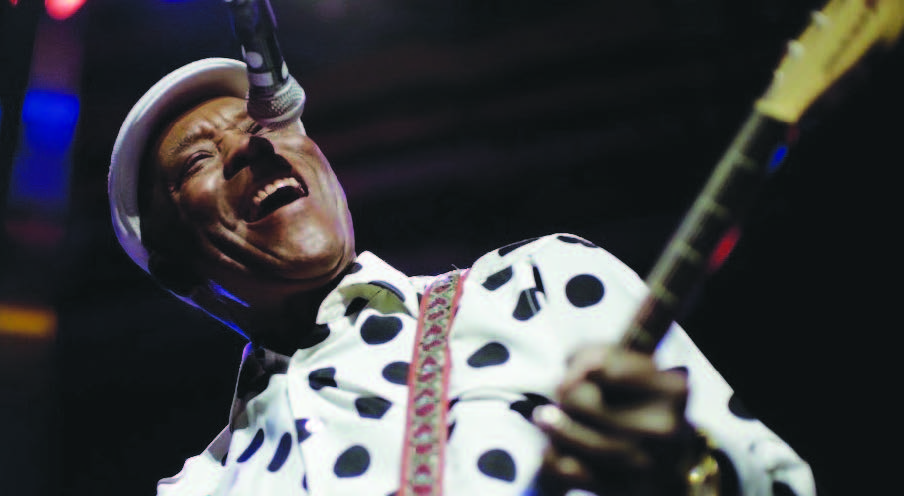 “Before you leave, teach someone to drive.” That advice from a former boss at an auto shop best expresses blues legend Buddy Guy’s destiny.

This is not the definitive Buddy Guy bio/doc. That distinction goes to Buddy Guy: The Blues Chase the Blues Away, which appeared on PBS in 2021. This nonfiction film has a different mission. Its task is to share how and why guitar heroes like Guy mentor others. Like elders in a village passing on what they know to who’s next in line.

Grammy-winning guitarist George “Buddy” Guy grew up on a farm in Louisiana and migrated to Chicago in 1957 to fulfill his dream of becoming a blues musician. In the Windy City, he was mentored by his heroes Howling Wolf, Muddy Waters and John Lee Hooker. Then he gave what he got. A prime example is exhibited on screen for 1h 47m, as he shepherds fledgling blues guitarist Quinn Sullivan. He’s just one of the many musicians Guy has nurtured. 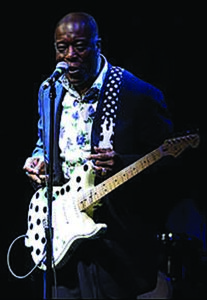 At age 85, George “Buddy” Guy still tours, goes from concert to concert and never does a sound check.

The words, deeds and instructions he’s given Sullivan started back in April 2007; that’s when, as a 7-year-old, the talented White kid guitarist got pulled up on stage by the Black blues icon at a gig in Massachusetts. Sullivan, a prodigy and virtuoso, lit up the strings on his guitar and could mimic any lick Guy threw his way. Footage depicts that auspicious night and follows the youngster as he turns into a teen and then a young man trying to find his own voice. Though watching his performances and development is interesting, it’s not nearly as captivating as following the paths of other artists with similar experiences. E.g., blues/belter/guitarist Jonny Lang, who has had record contracts and a stellar career since age 15.

However, this “making of a man” aspect does provide learning experiences and a warm emotional core. It’s a feel that helps elevate this decently crafted (director/producer Jim Farrell) but not artistically daring documentation of Guy’s achievements and mentorships. Aaron Frutman and Michael Andrus’ cinematography captures live performances, backstage rituals, musicians fraternizing and bonds that have grown over the years. Touching moments of parenting, testimonials and lasting relationships prove that we are all only as good as the spirit we leave behind in others. And, that blazing a trail matters most when others can follow.

Guy’s most poignant recollection is his first encounter with his idol John Lee Hooker, who he yearned to meet. In Chicago, Guy ran into a man that stuttered so badly he couldn’t understand what the dude was badgering him about; turns out the bothersome man was Hooker, trying to introduce himself but hindered by a speech impediment. Precious anecdotes like that are like listening to songs on an anthology record, one that holds memories and treasures.

Fellow musicians spread his legend. Carlos Santana: “The Moses of the blues … he literally parts the seas.” Jonny Lang, himself the product of mentoring by blues musician Ted Larsen, has a unique perspective: “A lot of people are called living legends, but not all are as gracious and generous as Buddy Guy.” Susan Tedeschi of the rock/blues group Tedeschi Trucks Band sees a connection: “Guy is a link between Jimi Hendrix and blues music.”

At age 85, George “Buddy” Guy still tours, goes from concert to concert and never does a sound check. He learned his trade from those who came before him and is leaving something behind. It’s a calling, a mission, a state of grace.

This enlightening bio/doc may not be the ultimate Buddy Guy movie, but it’s one his followers must see. It is the one that explains his resolve.