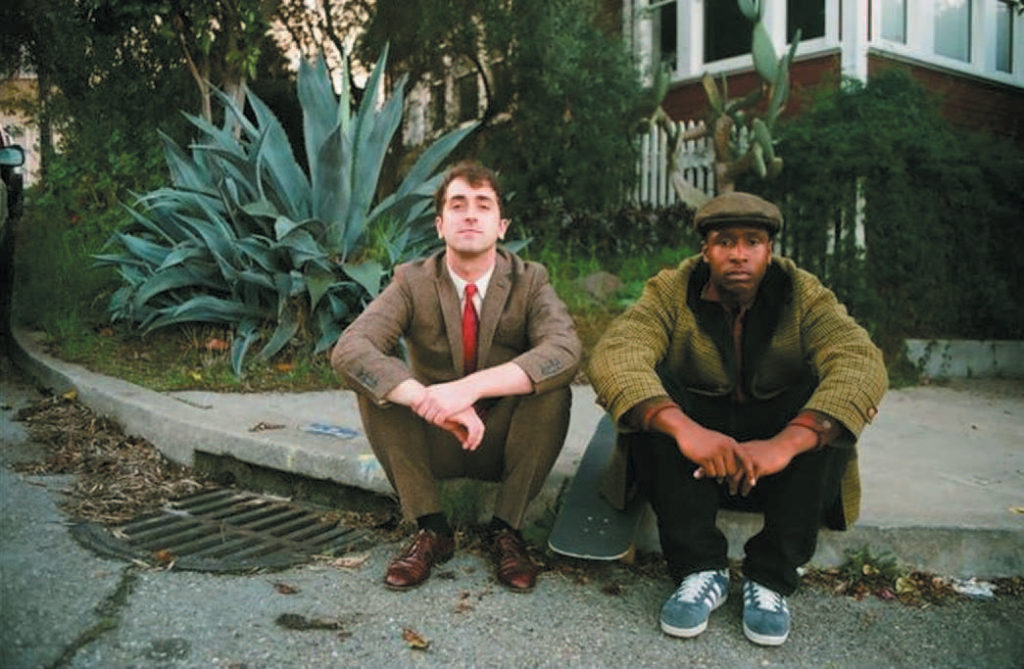 You can like the message even if the messenger isn’t perfect.

The migration of well-to-do millennials, empty nesters and others into cities and the exit of working-class people and/or people of color is a social phenomenon: Brooklyn, Raleigh, Philly, Chicago, Nashville, Denver… Still, the poster child for cities in radical transition has got to be San Francisco. Tech companies came in, prices went up, middle-class, working-class and lower-income people practically vanished.

The most striking change has been in the Fillmore District. In the 1940s, African Americans and Japanese Americans shared the neighborhood until World War II when the latter group was sent to internment camps. For a while, Blacks rented or owned the district’s classic Victorian structures and the area thrived in its own way, dubbed “Harlem West.” Nightclubs and theaters attracted musicians like Duke Ellington, Aretha Franklin and Marvin Gaye. As banks became reluctant to approve loans and development funds, the people remained vibrant but the housing went downhill.

These days the Fillmore is less colorful. What’s left of the middle/working/lower class Black population now lives in the Bayview-Hunters Point district, which is near a Naval shipyard in the southeast part of the city. Once there were two Black neighborhoods in S.F.: Fillmore or BHP. Now there is one. This occurrence provides a timely premise for a film that explores specific S.F. issues, but is universal in so many ways.

Jimmie Fails (Jimmie Fails) is a young man who’s shacking up in Bayview-Hunters Point. He’s a house guest of his best friend Montgomery Allen (Jonathan Majors, Hostiles, White Boy Rick), a writer, and Mont’s dad (Danny Glover). The two guys are so close, that they skateboard together—on one board. Jimmie is haunted by his past. He grew up in his grandad’s Victorian home in the Fillmore. He still loves it so much that, even though his actions are not welcome by the building’s new White owners, he goes back occasionally to paint the window trims and do handyman work. Jimmie’s dreams and reality don’t mesh. One day he finds the Victorian is empty, and the owners have vacated. He becomes a squatter and in his mind the place is his. Mont and he take up residence. Mont writes a play and intends to stage it at the house with an audience. Both men are in for a reality check. 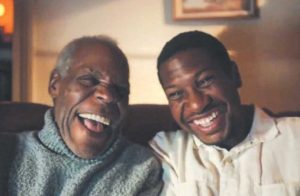 Black flight deserves an investigation, as a documentary or a fictional film. As an amusing fantasy film? Maybe not so much. Writer/director Joe Talbot and Jimmie Fails, buddies since elementary school, attempt the latter task. The two with co-writer Rob Richert have created a picture book story that is filled with dazzling images of S.F. Artfully, cinematographer Adam Newport-Berra captures the iconic images of the city: e.g. Jimmie skateboards down Powell Street with a cable car going in the opposite direction and the Bay Bridge in the background. The vision is as gorgeous as a postcard.

The characters are vibrant, but not always believable or accessible. That could be more a reflection of the script and what it imposed than the actors’ choices. The lead and supporting actors give earnest and eclectic performances: Fails and Majors have an amicable chemistry. Tichina Arnold as Aunt Wanda and Rob Morgan as James Sr. form a strong family bond. Fin Wittrock as the smarmy real estate agent represents the worst instincts of millennials. Jamal Trulove as the breakout character in the Greek Chorus on a BHP street corner shows the perfect blend of inner-city bravura and vulnerability.

Talbot’s direction is strong when it concerns the visuals: The aforementioned cable car scene; Jimmie and Mont riding a skateboard together; bright lights on faces in the sun. Moody lighting in darkened Victorian interiors; dad peering out from a window on a wall that’s part of a billboard ad. Talbot’s stop motion/slow motion bits are cool, too. He plays with the footage skillfully, often mimicking Spike Lee.

So, what’s the rub? Ten minutes into the film, the mix of reality and fantasy feels disjointed like it’s doing a disservice to a very important subject. What you’re watching feels more suited for a quirky theater piece than a film. Though the two leads establish a viable friendship, Major overacts while Fails underplays his character. It’s like there are two separate performances that belong in two different movies.

At one point a street person breaks into a wonderful baritone rendition of the ‘60s flowerchild hit “San Francisco:” “If you’re going to San Francisco, Be sure to wear some flowers in your hair.” Nice performance, wrong movie. The erratic outburst is more suited for a light-hearted musical, and not a film with a serious theme.

If some viewers can accept the fanciful storytelling, then they may find what’s on the screen entertaining. If they can’t, they’ll be frustrated by a plotline that never takes root, a momentum that lags more than it excels, and long winded, 120-minute storytelling (editor David Marks) that tests patience.

Tackling social issues in a fictional film is not easy. But it can be done effectively if the story and storytelling come first and the message second. Otherwise you have a message movie that is usually off-putting—case in point. The writers and directors of Blindspotting chose a wiser strategy. Their storyline was prominent and their social issues came along for the ride. Their messaging was subtle and far more palatable.

So why tell this tale at all? The aunt sums it up when she has a heart-to-heart talk with her nephew Jimmie: “…if you leave [S.F.], it’s not your loss. It’s San Francisco’s.” Multi-cultural neighborhoods enrich cities in ways that are often not appreciated or valued until they’re gone. That’s a timely, urgent and important missive that this film conveys, imperfectly.