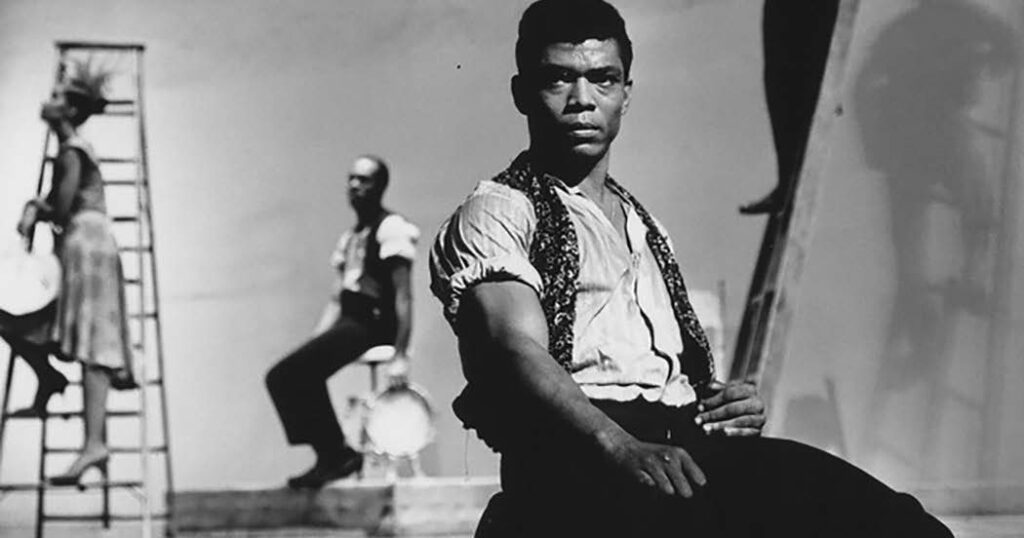 Gifted artists create a spirit so strong it lives on long after they’re gone. That’s the case with legendary choreographer/dancer Alvin Ailey. It’s like he never left. Never passed on.
Documentary director Jamila Wignot records the history, evolution and continuation of Ailey’s work during the renowned Alvin Ailey American Dance Theater’s 60th anniversary year. Choreographer Rennie Harris, founder of Rennie Harris Puremovement, a hip-hop dance theater company based in Philadelphia, is creating a dance piece (“Lazarus”), which is dedicated to Ailey’s style. As he choreographs, he puts his mission into context: “A dancer is a physical historian. Valued community information is stored in a dancer’s body.”

As Ailey’s legacy is brought forward, former members of AAADT and other admirers reflect and pay tribute to their mentor. Judith Jamison (Ailey dancer, 1965-1979; Artistic Director 1989-2011): “Alvin breathed in. We are his breath out. That’s what we’re living on.” Bill T. Jones (Bill T. Jones/Arnie Zane Company and guest AAADT choreographer): “Choreography was his catharsis.” Their reverence. along with that of dancer George Faison, stage manager Bill Hammond and others, attests to Ailey’s ethos and artistry, which left a spiritual impression on his disciples and the performing arts community.

Director Jamila Wignot, with photos, footage, performances and vintage interviews with Ailey, paints a genius’s portrait that was brushed with achievements and adversity. Her archive is aided by Daniel Bernard Roumain’s musical score and Naiti Gámez’s perfectly lit cinematography. The keen abilities of editor Annukka Lilja help the director and archival producer Rebecca Kent assemble all the anecdotes, details, clips and other vestiges of Ailey’s bio into a coherent and respectful life-journey album.

The tragedies of the artist’s truncated existence (died at age 58) are on view too. Bouts with mental illness. The slow, deadly progression of AIDs, a scourge that challenges his life until its last chapter, when he would sit on a couch in his studio to continue his craft. Not the ending one would suspect for a dancer born in Texas who came to New York City in 1954 to live out his dreams: “I had beautiful things inside me I wanted to get out.” Some of those beautiful things became classic dance pieces, such as his iconic “Revelations,” his quintessential blend of African American heritage, music and the Black experience.

An 82-minute non-fiction film is not enough time for any documentarian to recount and depict all the aspects of Ailey’s life. It touches on him being a pioneer in the arts at a time when Black dance companies were few and far between. The nuts and bolts of him building AAADT aren’t as in-depth as historians may like. The inside scoop on a man arrested for stalking at Columbia University is not detailed, which may disappoint leering gossips. Respect seems to be the key here. Other details can be found on a Google search or should be included in a bio-feature film or miniseries if some smart producer decides to tell the whole story.

There are those in life who were meant to break through and set standards. Ailey is one of them. His accomplishments and legacies are verified by this reverent and galvanizing film. A doc that celebrates dance that’s a reflection of black life as created by a gifted pioneer.