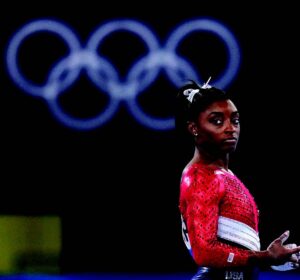 U.S. Olympic Gymnast Simone Biles had the where-with-all to understand the negative impact her mental health may have on her athletic performance during the 2021 Olympics in Tokyo, Japan. Biles withdrew from most of the Olympic competition but remarkably won a bronze medal on the balance beam.

As we enter the last few months of this unforgettable 2021 year, we should pause to look at some of the events that have occurred over the year. People all over the world have commiserated and discussed the effects of the COVID-19 pandemic.

One of the health care disciplines that has received much needed attention over the past year and a half is mental health. As we observe the multitude of ways people have managed to live and survive during the pandemic, there is clear call from the public at large that communities across the country must provide residents with comprehensive, readily available mental health care services.

One point learned from the pandemic is that today, our society is more aware and now accepts the fact that mental health access and treatment are very important. It is “okay” to acknowledge that you are having difficulty coping with the stress triggered by this seemingly unending pandemic.

Society at large is taking note and appears to have made a turn in a positive direction by understanding that mental health care access and treatment helps people manage stress and it is quite effective. The world took note of this positive change.

In recent months, then we watched as world class athletes were brave enough to say they were having difficulty coping with stress that could result in life-threatening injury. For example, when the most decorated U.S. Olympic gymnast, Simone Biles, reported that she “got lost in the air” during competition, she realized it was not “safe” for her to compete due to her mental health state. Biles, who is a fierce competitor, faced stress brought on by the acts of serial pedophile/rapist, Dr. Larry Nassar, a former Olympic gymnastics physician and physician at Michigan State University. Nassar molested several young gymnasts, including Biles. Those cases were reported to the U.S. Olympic Committee and the FBI, but largely ignored for years.

A second athlete to prioritize mental health care over competition is tennis star Naomi Osaka. She rightly refused to take part in a post-match media interview during a tennis tournament because she realized that those types of media events were not beneficial to her mental health. Osaka then took a “break” from competition, again, the world took note. Yes, there were those who were harsh in their assessment of what was going on, but others commended her for placing her own mental health and wellbeing above the needs of the media.

How could these tough young women with years of competition behind them speak on the impact mental health has on competing, whether it’s in a small town or on the world stage?

Osaka, like many athletes or people at the top of their respective fields, has had the best coaches and support staff possible. She and so many others have not had the same care given to their mental health. By coming forward and admitting she was having problems she was able to give permission or license to other people, young and old, male or female, to give voice to their mental health.

Isolation and changes in our way of living have shone a bright spotlight on mental health issues in our society as a whole. Extroverts missed people and the energy they gained from the world at large. Introverts relished the solitude they needed. Those in between struggled to find their new norm as society made changes due to the pandemic.

It is okay to voice that you have needs and then seek care. The advances made in the usage of Telehealth have made receiving help easier. Being able to talk to a therapist on your smart phone or through your computer has opened doors further. This can be done in your home, in your car, on your job or wherever. No lost time in traveling to an office to be seen and privacy is very important. There’s no chance that anyone saw you going into a therapist’s office if that is a concern. Let it be said that there are cases when being seen in person is more appropriate for care but there are many times when therapeutic care can be achieved with Telehealth.

Hopefully, the acceptance we have seen during this pandemic regarding mental health access and treatment will continue as we transition back into what our new world will be. That’s one Genie that does not need to go back into the bottle.