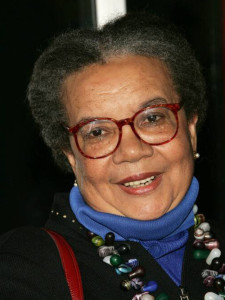 This is usually a season of familiar scenes in schools across the country, with holiday programs featuring messages of peace and goodwill to all. But this year many teachers and students have been seeing another story.

In the week since the election I have personally had to deal with the following issues: 1) Boys inappropriately grabbing and touching girls, even after they said no (this never happened until after the election);
2) White students telling their friends who are Hispanic or of color that their parents are going to be deported and that they would be thrown out of school; 3) White students going up to students of color who are total strangers and hurling racial remarks at them, such as, “Trump is going [to] throw you back over the wall, you know?” or “We can’t wait until you and the other brownies are gone”. . .
– Middle school teacher, Indiana

We have had many students fighting, especially between the Latino and African-American population, as well as many more boys feeling superior to girls. I have had one male student grab a female student’s crotch and tell her that it’s legal for him to do that to her now . . . One of my students from last year who is Muslim has not worn her hijab since the election.
– Elementary school teacher, Minnesota

In over 15 years of teaching high school this is the first year that swastikas are appearing all over school furniture.
– High school teacher, Washington state

We have worked really hard over the last 10 years to change our climate. The last year has nearly undone all of that work. It is disheartening.
– High school teacher, Maryland

These were just a few of the responses to the Southern Poverty Law Center (SPLC)’s Teaching Tolerance Project’s online survey of more than 10,000 educators in the new report, After Election Day, The Trump Effect: The Impact of the 2016 Presidential Election on Our Nation’s Schools. SPLC says: “Ninety percent reported that their school’s climate has been negatively affected, and 80 percent described heightened anxiety and concern among minority students worried about the impact of the election on their families . . . More than 2,500 said they knew of fights, threats, assaults and other incidents that could be traced directly to election rhetoric.” The report echoed the findings of another SPLC survey taken earlier in the campaign season, and reinforced the sense many educators and parents have had for months of a rise in bullying and hate speech from children influenced by behavior they’ve been seeing in adults.

What can schools and teachers do right now to fight back against hate? Dr. Linda Darling-Hammond is president of the Learning Policy Institute and Professor of Education Emeritus and Faculty Director of the Stanford Center for Opportunity Policy in Education at Stanford University. In a recent keynote speech at the National Association for Multicultural Education conference she shared her expert recommendations, starting with a key first step:

“First, and most obviously, this is a moment both for explicit anti-racist teaching and anti-racist action in all public spaces. The ‘good news’ is that the explicitness and widespread public eruption of racist, sexist, and hate speech of all kinds gives us a direct opportunity to bring anti-racist teaching out of the closet – to motivate schools and systems to adopt anti-racist curriculum, to pay attention to the tacit bigotry that is often under the surface in schools:

Professor Darling-Hammond went on to explain that there is much more we also need to do to confront and change every strand of institutionalized racism and intolerance that are embedded in our schools in order to really create a more equitable and just education system and society. But explicitly teaching tolerance must be a building block right now. All children must know that adults expect them to understand the difference between right and wrong. Children who feel afraid at school must know that adults will help keep them safe. Children who are doing the bullying must know that adults will not allow the next generation to grow up steeped in more hate.

In his last Christmas sermon, Dr. Martin Luther King Jr. said, “The Christmas hope for peace and goodwill toward all men can no longer be dismissed as a kind of pious dream of some utopia. If we don’t have good will toward men in this world, we will destroy ourselves by the misuse of our own instruments and our own power . . .”

“Love is understanding, creative, redemptive good will toward all men. And I think this is where we are, as a people, in our struggle for racial justice . . . We must never let up in our determination to remove every vestige of segregation and discrimination from our nation, but we shall not in the process relinquish our privilege to love. I’ve seen too much hate to want to hate, myself, and I’ve seen hate on the faces of too many sheriffs, too many White citizens’ councilors, and too many Klansmen of the South to want to hate, myself; and every time I see it, I say to myself, hate is too great a burden to bear.” Hate is a burden our children cannot and should never have to carry. And it is a deep blemish on what it means to be an American. Love must always trump hate.

Marian Wright Edelman is president of the Children’s Defense Fund whose Leave No Child Behind mission is to ensure every child a Healthy Start, a Head Start, a Fair Start, a Safe Start and a Moral Start in life and successful passage to adulthood with the help of caring families and communities. Visit her Web site: www.childrensdefense.org.