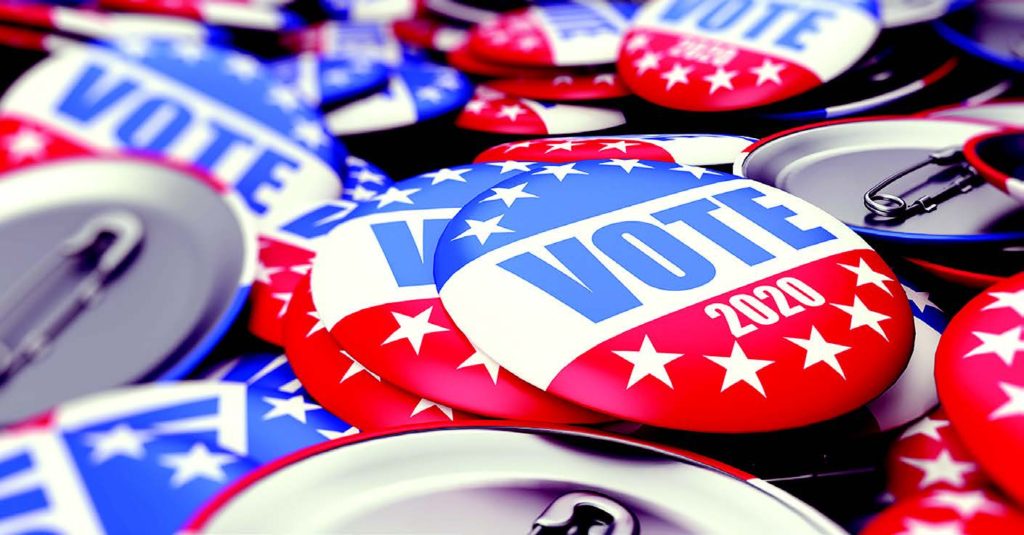 Vote for candidates that support the millions of working men and women in this country. Vote to keep our jobs, to keep workers safe, to protect the right to organize and to have a voice in the workplace.

If you work for a living but are somewhat up in the air about who to vote for in 2020 or for that matter, if you should even bother getting to that crowded polling place, I’d like to ask that you indulge me for a minute.

Because I’ve got a story to tell you that might help with your decision. A story of working people and politicians who are working against all of us — everyday.
I’d like to go back to 1980, the year that Ronald Reagan was campaigning to be the 40th president of the United States. Much of his rhetoric was designed to appeal to labor and the working men and women of this country, promising to protect jobs, to support policies that would create more jobs and put unemployed Americans back to work.

The reality of his presidency and his policies came down somewhat differently.

In fact, President Reagan’s eight years in office were devastating for labor and the middle class. He was a champion of deregulation, which systematically weakened workplace safety standards and record-keeping. He specifically went after labor by appointing three management-friendly National Labor Relations Board (NLRB) members, causing the NLRB to depart from its legal obligation to actively promote collective bargaining — the constitutional right and underlying principle for the existence of unions. During his presidency, NLRB caseloads were drastically cut and the cases that did go forward went from the recent 33 percent finding in favor of employers to 75 percent favoring employers.

His economic policies shifted the tax burden away from the wealthy and onto the backs of middle-class Americans.

So, why am I bringing up this sad history here in the last days of 2019?

Because Ronald Reagan, who turned his back on organized labor and started America’s middle-class into a tailspin from which it has never recovered, has recently been voted by this administration’s hand-picked NLRB into the Labor Hall of Fame. I think that speaks volumes. Clearly, they have taken a page from the Old Gipper’s playbook. And clearly, it should serve as a dire warning of what is to come should we continue with the status quo.

Today, an NLRB even more conservative than President Reagan’s has moved as fast as it could to make it more difficult for unions to organize.

In December of 2017, the board overturned a rule that had made it easier to organize smaller units of workers in big factories and stores.

Another decision made it tougher for workers at fast-food restaurants and other franchised operations to unionize. What’s more, this board is further encroaching on labor by looking to slow unionization elections, a move that, as we all know too well, would give corporations more time to pressure workers to vote NO.

Here at the UAW, we saw those stalling hijinks in action in Chattanooga this summer with the effort to organize Volkswagen and give its workers a real say in their work lives.

This administration hasn’t stopped at turning the NLRB into the Chamber of Commerce. Let’s look at the Supreme Court.

Justice Neil Gorsuch was confirmed in the first few months of this administration and he delivered the conservative anti-labor edge to the Janus case almost as soon as he was installed. Gorsuch, who had close ties with groups that bankrolled Janus, cast the deciding vote in a decision that prohibited public sector unions from collecting fees from non-members.

This devastating decision reversed 41 years of precedent and overturned laws in the 22 states that have not adopted “Right-to-Work” policies. And all signs indicate that, when he is not drinking beer, the administration’s second appointee, Justice Bret Kavanaugh will be just as awful.

The Huffington Post in sizing him up as anti-labor, recounted the time when a New York manufacturer created a new spin-off company to avoid bargaining with unionized workers. Federal regulators and a panel of appellate judges said the manufacturer broke the law and violated its employees’ rights.

There was, however, one judge who dissented in the appeals decision and sided with the employer: Brett Kavanaugh.

A Legal Aid lawyer put it this way, “Along with [Justice Neil] Gorsuch, [Brett Kavanaugh] is the ideal of a Koch brothers’ judge. He’ll be anti-labor and anti-worker.”

Of course, just as disturbing when it comes to the courts is this fact: While the Supreme Court gets the attention, it’s the lower courts that decide the bulk of the cases. In lockstep with the anti-worker overhaul of our courts, more pro-management judges have been appointed to the federal appeals courts than at any other time in our recent history, and one out of every four circuit court judges have been installed by the current administration.

And the latest anti-labor move? The nomination and seating of Eugene Scalia as Secretary of Labor, a position that historically enforces workers’ rights and U.S. labor laws. This includes laws meant to protect workers from unsafe workplaces, overtime violations, and employee misclassification. I quite honestly cannot think of anyone less likely to safeguard these protections.

Here is a highlight reel:

Back in 2006, he helped Walmart and other corporations win a lawsuit against the state of Maryland, stopping large companies from having to contribute to their employees’ health care plans or Medicaid. In 2011, he got behind Boeing’s threats to move jobs to a “Right-to-Work” state during union contract negotiations. Additionally, he defended casino boss Steve Wynn in his efforts to force casino card dealers to split their tips with pit bosses.

And here’s one for you: Scalia argued that SeaWorld had no responsibility for the violent death of one of its Orca trainers and instead blamed the victim.

And finally, we must consider the current disregard for worker safety. In 2017, 5,197 workers went to work and never returned home to their families. That is an average of 99 workers a week losing their lives while making the rich, richer. And this number can be added to the 2.8 million on the job non-fatal injuries and illnesses reported, with nearly 900,000 of them resulting in lost workdays. Current administration memorandums and executive orders have frozen new regulatory protections since the 2016 election.

Rules requiring employers to keep accurate injury and illness records and to disclose safety, health, and labor violations to qualify for federal contracts have been repealed.

I ask you, what do we do with this? Is it expecting too much to go to work in the morning and come home safe to your loved ones at the end of the day?
I’ll tell you what we do. WE VOTE!

And we vote for candidates that support the millions of working men and women in this country. Vote to keep our jobs, to keep workers safe, to protect the right to organize and to have a voice in the workplace.

Take this voting season as an opportunity to tell your own story. The story of millions of hard-working Americans that our country so desperately needs to hear.

A story of how we rose up in the face of increasing wage inequality, lack of healthcare, job security and threats to a meaningful retirement; rampant corporate greed and a shrinking middle class.

Labor also faces challenges at the ballot box despite rallying their membership base. Look no further than the Presidential election of 2000 with hanging chads, deleted registered voter rolls in the 2018 Georgia Governor’s race, and the 2018 Florida Governor’s race won by a 50 percent to 49 percent margin after a recount. All three races lost by the final vote count and all three were labor endorsed candidates.

Ray Curry is secretary-treasurer of the United Auto Workers. He is based in Detroit, Michigan.