As you read this, if you’re an African American voter in the state of North Carolina, the state’s Constitution requires you to take a literacy test before you cast your next ballot.

Don’t worry, federal law has long rendered this “requirement” null and void in North Carolina law, so don’t expect anyone in or out of uniform at your local voting precinct attempting to force you to prove you can properly “…read and write any section of the Constitution in the English language.”

But at the same time, and what’s still most troubling about this, is that try as they might, state lawmakers just don’t seem to be able to get the literacy test requirement officially scratched from the state’s Constitution.

And in fact, if the majority of North Carolina voters in November 2022 don’t agree to get rid of the requirement, once and for all, it remains on the books.
Toothless, but it stays. 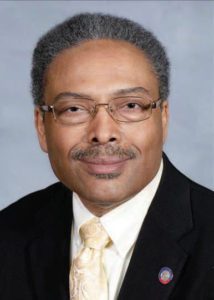 “It’s just an insult to the African American citizens of North Carolina and to any right-thinking citizens,” Rep. Alexander told Washington Monthly. “An act to amend the Constitution of North Carolina to repeal the literacy test requirement…” which would effectively repeal Section 4 of Article VI of the state Constitution which states, “Every person presenting himself for registration shall be able to read and write any section of the Constitution in the English language.”

Section 2 of the proposed House Bill 337 adds that the question “shall be submitted to the qualified voters of the state at the statewide general election to be held on November 8, 2022, which election shall be conducted under the laws governing elections in the State. Ballots, voting systems, or both may be used in ….”

HB337 continues, “The question to be used in the voting systems and ballots shall be:

“Constitutional amendment to repeal the requirement that every person presenting himself for registration shall be able to read and write any section of the Constitution in the English language.”

This is the part where Black voters need to pay particular attention, because it is here where this measure could fall on its face, as it apparently has before. 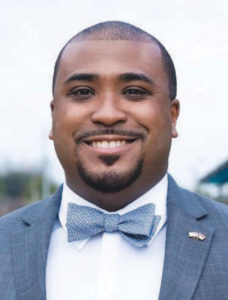 So, you’re understandably asking yourself, why hasn’t the state of North Carolina gotten rid of this clearly unconstitutional state Constitutional Amendment long before now?

The backstory is fascinating.

It was 1899 when the N.C. General Assembly passed the controversial constitutional amendment.

Section 4 of Article VI of the N.C. Constitution was deemed appropriate by the U.S. Supreme Court in 1959 because of the very broad way it was written (see Lassiter v. Northampton County Board of Elections). That allowed local boards of elections to use the requirement differently when it came to Black and White voters.

When the1965 Voting Rights Act effectively took the claws out of the North Carolina’s literacy test voting requirement, the state was in no hurry to officially remove it from its books.

Finally, in 1969, someone in the state legislature decided the Constitutional requirement needed to go, and put the question before the state’s voters in a referendum.
But 56 percent disagreed.

During the 2017–18 long session of the N.C. General Assembly, the state House unanimously passed HB 148, but it died in the Senate Rules Committee.

And during the 2019-20 session, again, even with bipartisan support in the House, the measure did not make it out of the House Rules Committee.

Democrats are frustrated that a question so obvious seems so intractable. State Republicans, who have been in charge of the General Assembly since 2011, seem more embarrassed than anything else that they can’t rid the state’s Constitution of this ugly Constitutional blight on their watch, even though it is clear their party is engaged in numerous voter suppression schemes in lieu of the November 2020 election.

Tracking what happens with House Bill 337; if it ever gets to a statewide referendum in November 2022, and if it does, what the state’s voters do with it, remain the open question.

“Passing this bill with bipartisan support and letting the people of North Carolina have the final say is needed now more than ever to show that our state is moving forward and truly believes in progress,” says bill co-sponsor Rep. Terry Brown (D-Mecklenburg).