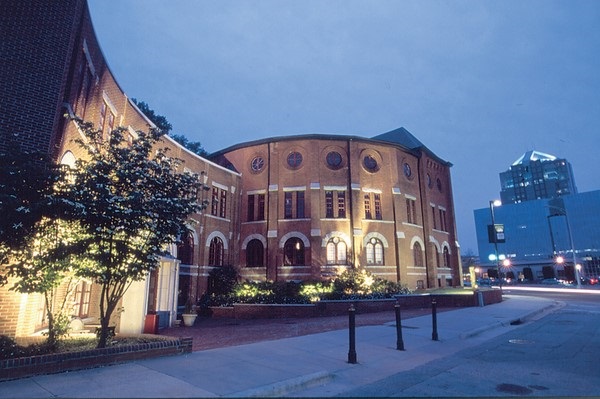 This year marks the 100th anniversary of the passage of the 19th Amendment, guaranteeing women’s constitutional right to vote. The Greensboro Public Library and Greensboro History Museum are celebrating with Represent: From Women’s Suffrage to Changing the World, three days of free programming starting Thursday, August 27. 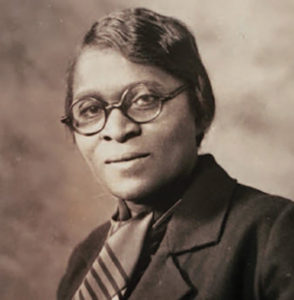 On Thursday, August 27 at 6 p.m. log in to Suffrage Stories: A Complicated Narrative and explore the history and legacy of women’s suffrage with Smithsonian Affiliates. After generations of struggle, the 19th Amendment to the U.S. Constitution was passed in 1919 and ratified in August of 1920. Smithsonian scholars will explore the suffrage movement through familiar activists and those whose stories have been less well-known. The event features Dr. Michelle Delaney and Cécile R. Ganteaume (National Museum of the American Indian) and Lisa Kathleen Graddy and Dr. Crystal M. Moten (National Museum of American History).

To register and learn more about the speakers, visit: https://smithsonian.zoom.us/webinar/register/9715971624244/WN_qcoHG9Q-TJeMj00l14yTRg.

History Lunch Break: Dr. Charlotte Hawkins Brown & Her Legacies takes place live at noon on August 28. Educator Charlotte Hawkins Brown established the Palmer Memorial Institute in 1902 in nearby Sedalia, N.C. Over the next half century she would make it into a leading preparatory school for African American students. Hear from Lacey Wilson, site manager at Charlotte Hawkins Brown Museum, about Dr. Brown’s influence on the suffrage movement and the State Historic Site that shares her story.

Watch the program on the Greensboro History Museum Facebook page or log in to the Zoom webinar: https://us02web.zoom.us/webinar/register/9515978542894/WN_rpQJD3vgSQi3Ny3uxsAmYQ

Women comprise slightly more than 50 percent of the U.S. population, yet less than one in four members of Congress are female. Join a virtual conversation with the authors of Represent: The Woman’s Guide To Running For Office and Changing The World. June Diane Raphael is a comedian, actress, and activist and Kate Black is former chief of staff at EMILY’s list. Also joining the conversation is Carla Banks, City of Greensboro’s Director of Communications and Marketing. This event is co-sponsored by the Greensboro Public Library Foundation, Greensboro History Museum, and the League of Women Voters of the Piedmont Triad. This virtual event will take place at 7 p.m., Friday August 28.

To register and learn more about the speakers, visit: https://us02web.zoom.us/webinar/register/WN_PIsYt87pSRW-oHeYsGt_ZA.

The Greensboro Public Library Facebook page will also feature several online events for Represent: From Women’s Suffrage to Changing the World. At 2 p.m., August 28 young voters can tune in to Teen Tutorial: How to Register to Vote. This is a simple guide to help people get registered to vote. At 3:30 p.m. watch Lesser Known History of the Suffrage Movement, a youth-centered look at some people and points from the suffrage movement that may not have been covered in school.

Women and Colored Women by Mrs. Mary B. Talbert is an essay written in 1915. Performed by Greensboro actor Jeanna Bridges, this event can be viewed on the Library’s Facebook page at 3 p.m., August 29. At 4 p.m. learn all about different ways to vote with You Can Vote: Ways to Vote, Absentee Ballots and More!