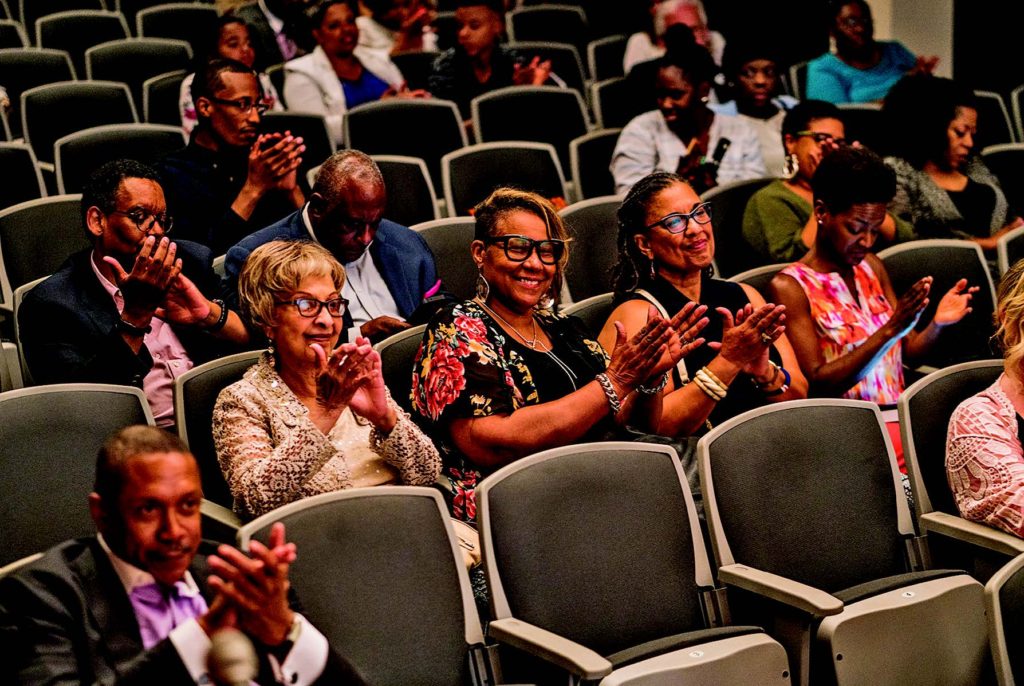 June 19 marked the 154th celebration of Juneteenth, the oldest known celebration honoring the end of slavery in the United States.

On Monday, June 17, the Piedmont Business Capital kicked off the festivities with their 2nd annual Juneteenth event, The Color of Commerce: A Celebration of Black Owned Businesses in the Triad, held at the International Civil Rights Center & Museum in downtown Greensboro. 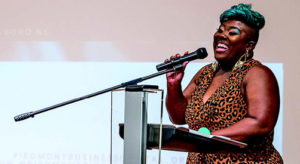 Piedmont Business Capital is a nonprofit community loan fund dedicated to supporting underserved communities in the Piedmont Triad Area.
The purpose of the event was to give Black business owners and the community a chance to network with other business owners and learn about opportunities for entrepreneurship. The networking event also gave tips on how to find investment and funding sources and encouraged future financial planning.

“Our perspective was to get people to think about the community that is necessary to help build a company and the networks that you may not know that you need,” said Chisa Pennix-Brown, MBA, Technical Assistance Programs and Events Manager for Piedmont Business Capital.

“When you really think about Juneteenth, the whole celebration of it was that slaves were free. But for two years they didn’t know and were used as free labor. So when we talk about history, the building of countries and the Black businesses that started after slavery, it’s also important for us to celebrate the fact that today we can start our own businesses, literally from nothing,” said Chisa Pennix-Brown, MBA, Technical Assistance Programs and Events Manager for Piedmont Business Capital.

The origins of Juneteenth began on June 19, 1865, the day that federal troops arrived in Galveston, Texas to inform people that the Civil War had ended and that slavery had been abolished. It has been recorded that approximately 250,000 Texan slaves were unaware that they had been free for the last two years, after the Emancipation Proclamation was signed by President Abraham Lincoln, on January 1, 1863.

Several accounts have been given about the delay of the information reaching Texas such as, the story of a messenger who was murdered on his way to Texas to deliver the news of freedom. Another, is that the news was deliberately withheld by the slave owners to maintain the labor force on the plantations. And one more story, is that federal troops waited for the slave owners to reap the benefits of one last cotton harvest before going to Texas to enforce the Emancipation Proclamation.

Also referred to as Emancipation Day, Freedom Day, and Black Independence Day, the celebration of June 19 was eventually coined “Juneteenth” and grew as more and more descendants of slaves participated in the annual event. In 1980, “Emancipation Day in Texas” became a legal state holiday in recognition of Juneteenth. Forty-six states and the District of Columbia recognize Juneteenth as a state holiday or day of recognition. Countries like South Korea, Ghana, Israel, Taiwan, France, and the U.S. territory of Guam have held or now hold Juneteenth celebrations. 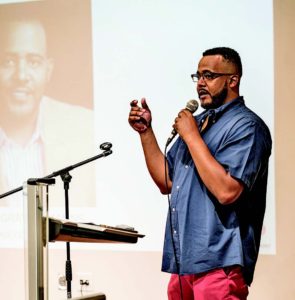 Today, Juneteenth participants not only celebrate African American freedom and achievement, but also the encouragement of continuous self-development, education and respect for all cultures. Juneteenth continues to be highly revered in its native home of Texas, with many former slaves and descendants making an annual pilgrimage back to Galveston on this date.

“A lot of the Juneteenth celebrations historically haven’t focused on business, but rather community, cookouts and fellowship. There hasn’t been a very specific convening of the Black community around business economics on the Juneteenth celebration, and I really think that is a missed opportunity,” said guest speaker for the event, Talib Graves-Mann, founder of Knox St. Studios in Raleigh.

He also noted the importance of Black businesses and Black commerce associated with Juneteenth.

“It’s not just a day for Blacks to celebrate and cookout. Especially considering what African Americans were to slavery — simply an economic engine to fuel capitalism. Slavery was definitely a tragic, emotional thing, but we were also the victims of a financial, economic decision. We still live within a capitalistic society, so we (African Americans) have to manage ourselves accordingly and talk about the impact of the Black dollar in our communities,” said Graves-Manns.

The event was sponsored by Wells Fargo and featured food courtesy of Wilson’s Comfort Catering and Mac and Cheese Ministry.

“The time of urgency is now,” said Graves-Manns. “There are more resources now than ever for minority entrepreneurs to go into business for themselves.”