It is important to be consistent when taking prescription medications 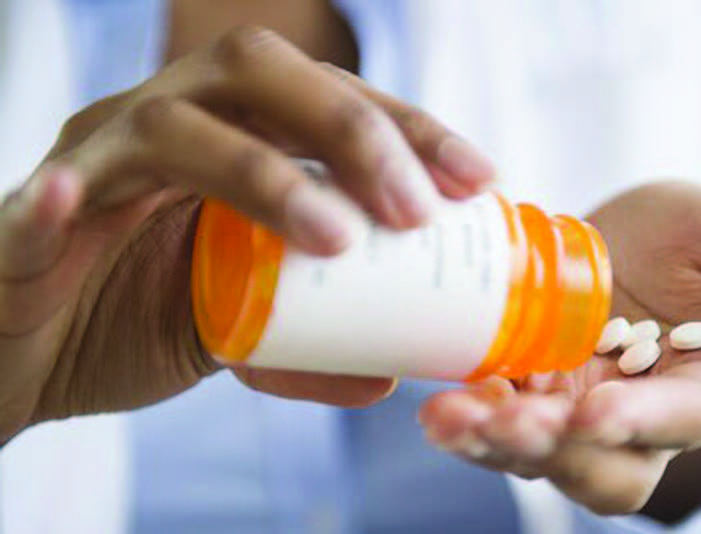 Some medications need to be taken at specific times of day in order to be absorbed correctly by the body.

When you receive a new prescription, it comes with directions on how the medication should be taken. It is remarkable how many people fail to read the directions and just take the pills at any time.

The directions on how a medication should be taken are indeed important. It could be the difference between a medication being highly effective and just dropping some expensive pills down your throat.

For example, some medications must be taken at the same time each day (morning and/or night) in order to be absorbed and work properly. Other medications must be consumed with or without food. Some meds need to be taken on an empty stomach and specifically in the morning for them to work properly and some pills work best when they are taken before bedtime. All of the aforementioned scenarios can affect a medication’s rate of absorption by the body.

Some pills are effective for a specific period of time. In order to keep such medications in one’s system 24 hours a day, such a medication should be taken once every 12 hours (twice a day) or one every 8 hours (three times a day). In very rare cases, some medications must be taken every six hours (four times a day) or even every four hours to be effective. If you are not following the directions stated on the medication bottle the effectiveness and healing properties of these medications are being compromised.

Therefore, making sure a medication is consumed before or after a meal or it meets an empty stomach empty is an important factor in assuring such a treatment is effective.

Researchers at Johns Hopkins Medical Center have examined in-depth the circumstances under which certain medications should be consumed. Those researchers are currently studying how the position of one’s body affects the rapidity one’s medication is absorbed and starts to work. They have determined that one’s posture may play a factor in a medication’s effectiveness. The researchers examined human research subjects while sitting, lying down on the back, right or the left side. Lead Hopkins researcher, Dr. Rajat Mittal, said, “Whether you’re standing straight, whether you’re lying down and how you’re lying down has a tremendous impact on the way a pill dissolves in your stomach.”

Dr. Mittal, who is a mechanical engineer, and his team spent three years developing a high-tech computer model that mimics the bio characteristics of the stomach. What they found he says blew him away.

Dr. Mittal said, “The closer a pill lands to the deepest part of the stomach, the faster it dissolves and starts to work.” They found that lying on the right side actually made the pill dissolve faster than even standing up.

Dr. Mittal reminded us that the stomach is a very asymmetrical organ. He describes the stomach as a bean shaped organ that curves to the right. He said that shape with the addition of gravity has a lot to do with his research findings.

Mittal’s team found that a pill took about ten minutes to dissolve when a research subject was lying on his/her right side. If one was lying on their back or standing, that same pill took twenty-five minutes to dissolve and thus start to work. The least effective position was for people who were lying down and on their left side. This position required over an hour and a half for the pill to be dissolved.

Dr. Mittal said this information could be important especially for people, who are bed ridden and making sure they are consuming their medication in the most effective manner.

Dr. Mittal’s team also looked at how one’s physical position affects medication consumption and the digestion of a large meal. The best position for such an activity is to lie on one’s right side for quicker digestion.

This research team has just scratched the surface and therefore, there will be more news to come.