Many know them as the Central Park Five, but filmmaker Ava DuVernay forces to us see the five wrongfully convicted men as individuals. Their names are names we must remember, as individual, courageous, principled Black and Brown men. They are Korey Wise, Raymond Santana, Yusef Salaam, Antron McCray and Kevin Richardson. DuVernay’s Netflix mini-series, “When They See Us”, asks what “they” see when they see young men of color. They see criminals. They see violence. They don’t see their precious youth, a youth that was snatched away by a racist criminal injustice system that railroaded them.

The 1989 rape of Trisha Meili horrified New York City. But there was no evidence that the five accused young men were the perpetrators. Indeed, much later, another man confessed to her rape. Meanwhile, Raymond, Yusef, Antron and Kevin were sentenced to five to seven years. Each served at least five. Korey Wise was 16, so he was tried and convicted as an adult. He served 12 years and was brutalized and beaten throughout his incarceration. In jail, a rapist is just one step up from a child molester, and the racial dynamics of prison life were such that Korey was a target for abuse. 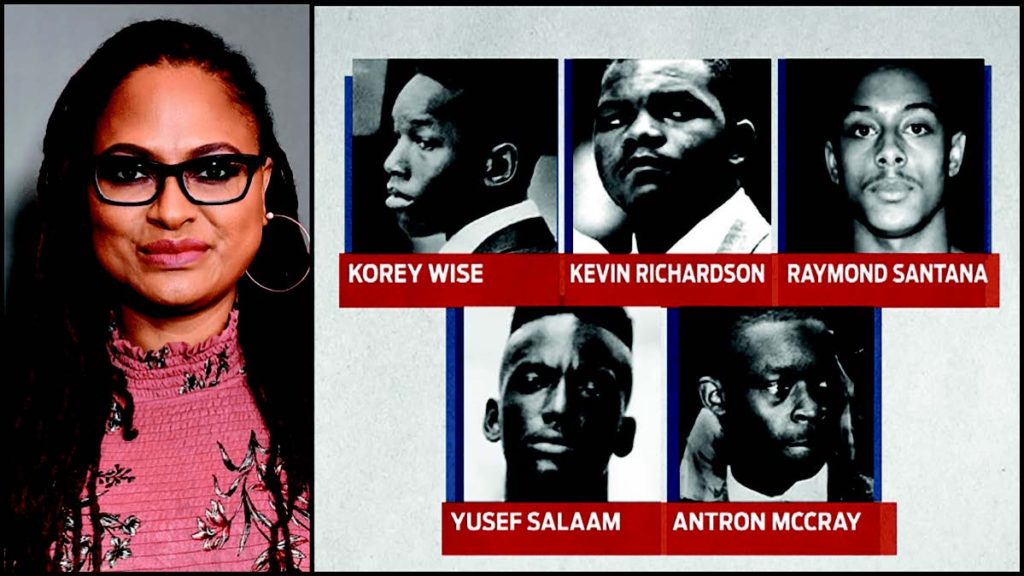 “When They See Us” is harrowing and humanizing. It digs into the marrow of the bones of the accused men and their families. It reminds us that the cost of unjust incarcerations is felt not only by the incarcerated but also by their families. We see the ways families dealt with the unlawful imprisonment of their loved ones. Some hover and hug, some distance themselves, and all of the lives are complicated by the economic challenges that lower-income families face. Who can pay for a decent lawyer? For visits that may be hundreds of hours, and too many dollars, away from a home base? Who writes? Who can’t write? How do incarcerated people maintain dignity and equilibrium?

“When They See Us” is important, not because it tells the story of five young men – Raymond, Yusef, Antron, Kevin and Korey – who were scapegoated, but because it reminds us that this case is but the tip of the iceberg. Thanks to the Innocence Project and other dedicated people, these men were exonerated, their convictions vacated, and a financial settlement awarded to them, providing them with about a million dollars for every year incarcerated. How many young men of color, though, are unjustly arrested, tried and convicted? How many have been so railroaded that after of hours of interrogation (as with Raymond, Yusef, Antron, Kevin, and Korey) they choose to confess to crimes they did not commit because they are frightened? Their vacated sentences and their financial settlement is some form of vindication, but as they all have said, nothing can bring those years back. Some are angry, some are depressed, and some have offered themselves as speakers to talk about the flaws in the criminal just-us system. Korey Wise, who got the most substantial financial settlement because of the longest time he spent in jail, generously donated $190,000 to the Colorado Innocence Project.

The ugly underbelly of this story is the White women who insist that these young men must have been guilty of something. Linda Fairstein, the prosecutor in the case, is depicted as benign of the rules and withholding evidence. Why? Because she could. She is the epitome of Becky, of Miss Ann, of a White woman who was prepared to ruin young lives, even though there was no evidence to tie Raymond, Yusef, Antron, Kevin and Korey to the rape of Trisha Meili. Fairstein has been spanked in the court of public opinion, being so vilified that she has stepped down from the board of her alma mater, Vassar College. But she is adamant in her insistence that she did nothing wrong. Even though she lied. Even though there was a weak train of evidence, with no DNA. Even though. But she is a privileged White woman who took her ticket to ride into author stardom. The Mystery Writers of America chose to rescind her award. Good for them!

And then there is the victim, Trisha Meili. No one should have experienced the brutality that she did. She is entitled to grace, understanding and compassion. She is not entitled to accuse young men whose DNA was not on her, whose alleged attack on her was not verified. Even as we applaud her survival, we abhor the ways she supports the corrupt Linda Fairstein and the police officers who coerced false confessions from the accused young men.

I remember 1989. I remember the inflammatory press describing young Black and Brown men as animals off “wilding.” I remember writing and talking about the inhumanity of their descriptions and about the lies the press inflamed. And I remember one Donald Trump, who was so outraged that he spent $85,000 to take out full-page ads asking that five young men get the death penalty for a crime they did not commit. He has yet to apologize. He doesn’t do that. He is the one who needs to be incarcerated.

I am grateful to Ava DuVernay for her sensitive production of this story, as well as to Ken Burns for an earlier documentary. I am mindful that these accused men are the tip of the iceberg. The coercion that they experienced happens every day. And I am thankful that the Innocence Project supports the wrongfully incarcerated. But at the bottom line, y’all, I’m mad as hell. What can we do about it?