Ida B’s Pulitzer – Both too late and right on time 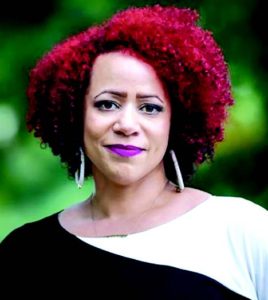 Exactly one hundred and thirty-six years to the day after Ida B. Wells was thrown off a Chesapeake and Ohio railroad train, she was awarded a Pulitzer Prize special citation for her “outstanding and courageous reporting on the horrific and vicious violence against African Americans in the era of lynchings.” The creator of the New York Times’ 1619 Project, Nikole Hannah-Jones, received a Pulitzer on the same day and reminded us that the New York Times, in 1894, described Wells as a “slanderous and nasty-minded mulatress.”

The path between “nasty-minded mulatress” and Pulitzer Prize winner was not a smooth one. Ida B. Wells had many detractors, from all quarters, in her time. White folks could not stand her blunt description of their lynching behavior, which included her reporting that some Black men were lynched, not for rape, but because they’d had consensual sex with White women. White women in the suffrage movement decried her because she dared challenge them about race matters. Some Black men found her “prickly,” according to her biographer Paula Giddings. Although she was a founder of the NAACP, her voice was often sidelined in that organization. She maintained her activism, no matter what. As her great-granddaughter, Michelle Duster, told the Chicago Tribune, “the only thing she really had was the truth.”

Ida B. Wells chose to trumpet an uncomfortable truth to our nation. After three of her friends were lynched, primarily because of White economic envy, she traveled the South to document lynchings, going to lynching sites, interviewing witnesses, making clear that the trope that Black men were mostly lynched for “raping” White women was a falsehood. In one editorial, she wrote, “If Southern White men are not careful, they will overreach themselves and public sentiment will have a reaction, a conclusion will then be reached which will be very damaging to the moral reputation of their women.” That sentiment incited rabid Whites, who trashed her press and threatened her life. She did not return to Memphis after the threats.

The Pulitzer Prize was established in 1917 to uplift “excellence in journalism.” Wells’ path-breaking journalism would not have been a Pulitzer candidate, as her most important work, including Southern Horrors (1892) and Red Record (1895) were published before the Pulitzer was established. Based on her investigations, she wrote that “ten thousand Negroes have been killed in cold blood (through lynching) without the formality of judicial trial and legal execution.” The Pulitzer Prizes were occasionally bestowed on journalists who exposed lynching, KKK operations, and other race matters, including integration clashes, race-related school closings in Virginia (1959), the John Birch Society, the Watts uprisings (they called them riots), Selma and more. Ebony Magazine’s Monetta Sleet won a Pulitzer for a photo of Coretta Scott King at Dr. King’s funeral. 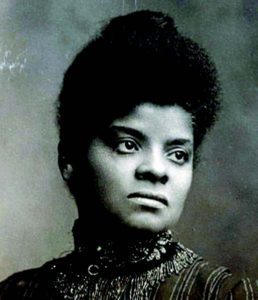 The late Ida B. Wells

By and large, though, the Black press was peripheral in Pulitzer consideration. While the Pulitzers have had a progressive stance, awarding journalists who covered college clashes (Cornell, Kent State 1969), jail peonage (Florida 1924), exploitation in meatpacking plants, their inability to consider excellence in the Black press is an oversight. Ida B. Wells would not have been a candidate for a Pulitzer citation without the ways the Black press embraced her. Perhaps the Pulitzers should consider the Black press, too often ignored, in their next citation.

Contemporary events remind us of the enduring legacy of Ida B. Wells’ work. Ahmaud Arbery, a man who was executed weeks before his 26th birthday, encountered a rabid White father and son who shot him because he was in the wrong neighborhood at the wrong time. Arbery’s dad described his massacre as a lynching, and it resonates with Ida B. Wells’ Pulitzer award. Who will cover the Arbery massacre with the same vigor that Ida B. investigated lynching? It took more than two months for a White father and son to be arrested, as video footage illustrated their attack on Arbery. Why? Where is our Ida B Wells?

Ida B’s legacy requires journalists to poke and provoke, to ask uncomfortable questions, to use their pens to seek social and economic justice. The Ida B. Legacy, as well as reminds us that in 2020, we grapple; with the same challenges that we did a century ago. Kudos to Nikole Hannah-Jones for taking up the baton from Ida B. with the 1619 project. Ida B’s Pulitzer was decades late, and at the same time, right on time.