In essence, the Sept. 1st letter from General Counsel Janette McCarthy Wallace, noted that “…several NAACP units had received letters from the Internal Revenue Service indicating that their tax-exempt status has been revoked.”

The missive from Wallace declared “This is an error because individual NAACP units (chapters, state conferences, etc.) are not required to file Form 990s of their own. As the central organization, the NAACP is required to file a group return every year, reflecting the revenues and expenses of all of our Units and State Conferences on an aggregate basis.”

The Sept. 1st NAACP letter continues, “We collect information from all of our Units and State Conferences via an Annual Financial Report. Our group ruling was just affirmed by the IRS in September 2021, one year ago. Thus, it is our belief that the revocations were done in error.” General Counsel Wallace goes on to assure that the national NAACP tax counsel is gathering all of the pertinent documentation “…to demonstrate that the IRS has once again erroneously revoked the exempt status of NAACP Units,” and will keep all unit leaders informed. 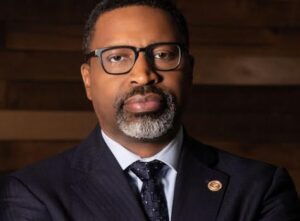 For those general press outlets across the country that first ran with the previous headline, “NC NAACP Has Tax-Exempt Status Revoked,” all based on a careless August 30th story in the Raleigh News and Observer/Charlotte Observer newspapers titled, “ NC NAACP Loses Tax-Exempt Status; Audit Assessing Misspending Allegations,” that strongly implied that because of unproven allegations of fiscal malfeasance on the part of past NC NAACP presidents Rev. Dr. T. Anthony Spearman (now deceased) and Rev. Dr. William Barber, along with past inner power struggles within the state civil rights organization, all apparently led to the NC NAACP being informed last May that it’s federal tax-exempt status had been revoked, the Sept. 1st NAACP General Counsel letter definitely shows that none of those false allegations had anything to do with the facts. And yet, the N&O/C&O story alleged, based on “strictly confidential” NC NAACP treasurer information, “three years of tax forms” had not been filed by past NC NAACP leadership, thus causing the problem.

Indeed, both the N&O and C&O were forced Sept. 2 to report that “…[roughly 600] state and local affiliates of the NAACP across the country have lost their tax-exempt status over a disconnect between the national NAACP office and the IRS….”

More than 40 NAACP branches in North Carolina are included in that number, according to published reports.

As sources within the NC NAACP had shared with the Black Press just prior to the Sept. 1st letter’s release, on March 9, 2020, then national NAACP General Counsel Bradford M. Berry sent a letter out to presidents and secretaries of all “units” of the national NAACP, noting that the national office and the Internal Revenue Service had a ‘longstanding agreement” that the national’s “consolidated federal tax return includes the financial information for all compliant units that timely submit their financial reports to [national] as required by the NAACP Bylaws for Units.”

The letter continues, “This arrangement relieves units of the substantial burden of filing federal tax returns, and provides the National Office and the Internal Revenue Service with an easy way to determine which units have met their tax filing obligations. For this reason, chartered NAACP units must be included in the group tax return filed annually by the National Office.”

Berry goes on that in 2019, the NAACP Board of Directors “restructured the organization,” thus creating a “newly-created entity (which took over the NAACP name) and “became the “parent” for units and thus the lead entity for the Association’s group tax return.”

Berry then makes clear that “each and every NAACP unit” must submit “…it’s written consent to be included in the new tax-filing group, and in the new group’s tax return.”

All NAACP units were then compelled to complete and return a consent form to be included in the new parent association’s group tax return, and they had to do it by March 30, 2020, according to the letter.

As the Black Press has reported previously, 2019 is the year Derrick Johnson led the national NAACP Board to create “NAACP Empowerment Programs, Inc.,” making it a 501(c)3 tax exempt entity.

Donations to it are tax deductible.

That March 2020 letter from then NAACP General Counsel Barry made clear that NAACP units, were not required to pay taxes individually, because, by agreement with the IRS, they would be included in a group tax return with the “parent” association.

When Pres./CEO Johnson incorporated the NAACP Empowerment Programs, Inc.in 2019, that became the new “parent” for NAACP units, according to Barry’s 2020 letter.

Question – all of the NC NAACP chapters received the March 2020 letter, and none of them have paid federal income taxes since. Are they under the impression that they are still under the 501(c)3 NAACP, even though they are 501(c)4 groups, and does that have anything to do with the current tax-exemption confusion?

And if the IRS revoked the tax-exempt status of hundreds of NAACP units as of last May, why is the national NAACP office only addressing it now?