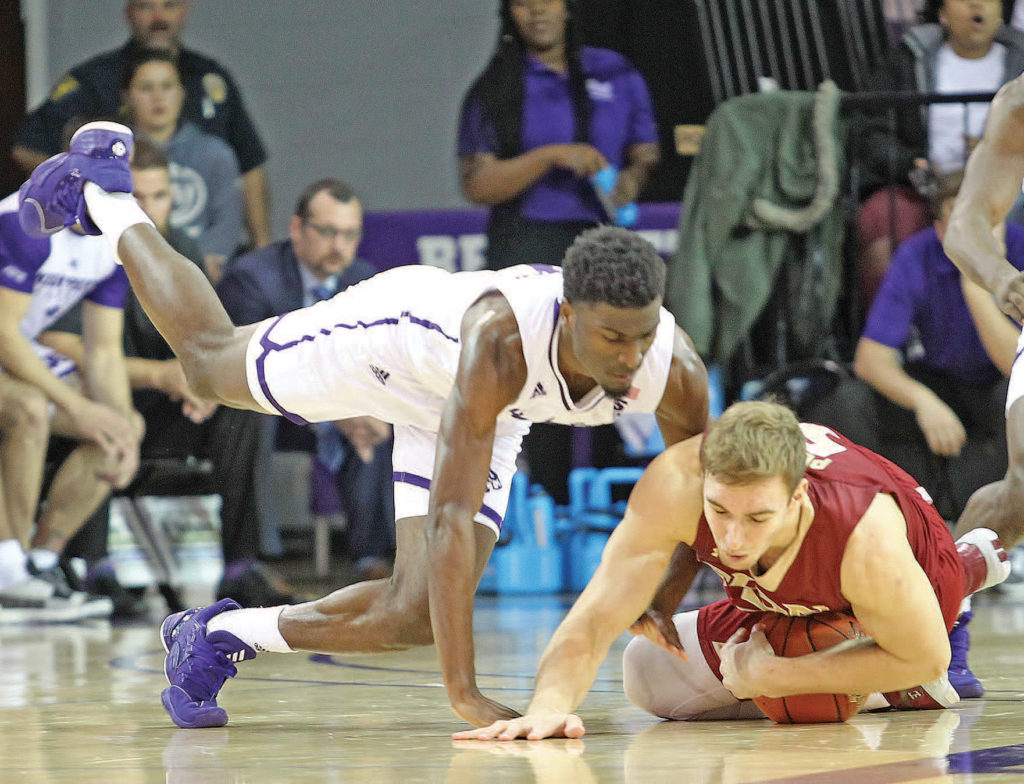 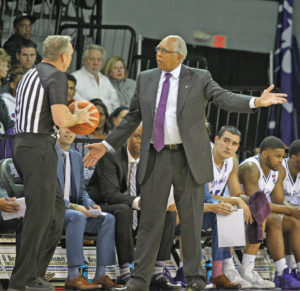 HIGH POINT — The High Point University men’s basketball team made a season-high 10 three pointers en route to a 70-66 overtime victory over Elon in front of a sold-out Millis Center on Thursday (Dec. 5) evening.

Six Panthers hit from deep in a back-and-forth contest that saw 13 lead changes. Freshman John-Michael Wright led the way for the Panthers, scoring a career-high 20 points, while redshirt junior Cliff Thomas Jr. recorded a season-high 12 points, including the eventual game winner. He also grabbed six rebounds and had two critical blocks down the stretch of the game.
“It was a heck of a win for us,” said head coach Tubby Smith. “I have to compliment Elon for their ability to knock down shots; they really had us back on our heels to start the game. Our guys showed a lot of courage, a lot of toughness, and we didn’t quit. We stayed in there and certainly Cliff was a huge part of the win tonight.”

Freshmen got the scoring started for the Panthers with a layup from Bryant Randleman followed by a three-pointer from Wright. Neither team could get much going in the first 10 minutes of play, but back-to-back three pointers from Wright and sophomore Caden Sanchez cut the Elon lead to 14-13 with just under seven minutes to play in the half.

A steal and layup from Wright in the midst of a 13-0 run gave High Point its first lead of the evening at 15-14 just a minute later. During this run, the Panthers defense held the Phoenix scoreless for eight minutes and twenty-two seconds of play. High Point recorded four steals in the first half and forced eight Elon turnovers.

Elon opened the second half on a 7-1 run, but an electric dunk from Thomas Jr. got the crowd going in the second half and cut the lead to two at 31-29 with just over 15 minutes left in the contest.

A Jamal Wright three-pointer tied the game back up at 32 before back-to-back Elon threes put the Phoenix back on top, 39-34. Sophomore Rob Peterson III hit a three to make the score 44-40 before Elon went on a 7-0 run in just over a minute to extend its lead to 51-40 with under 10 minutes left in the game.

A 6-0 run with buckets from Thomas Jr. and John Michael Wright got High Point back into it, cutting the deficit to 53-47 with five minutes remaining in the contest. The Panthers eighth three-pointer of the evening, this one from Curtis Holland III followed by an emphatic block from Thomas Jr., got the crowd back on their feet at the under-four media timeout with High Point trailing by just five points, 55-50.

The extra five minutes proved to be as exciting as the first 40 with both teams going back and forth trading buckets. High Point found itself down 66-64 and this time it was Thomas Jr. who tied the game for the Panthers before scoring the go-ahead bucket just moments later to put High Point ahead 68-66 with 38.4 seconds left in overtime.