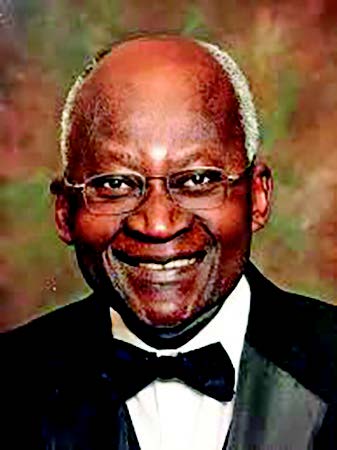 The contests involving HU features the Bison taking on Bellarmine University (Dec. 6) and Elon University (Dec. 8) inside Burr Gymnasium. Duke will host the same two squads Dec. 4 (Bellarmine) and Dec. 6 (Elon). Times and TV have not yet been announced.

The late Dr. Akwari, a Nigerian-American and the first African American surgeon on the faculty of Duke University, passed away in Durham in April 2019 at the age of 76. Recruited to Duke as associate professor of surgery in the School of Medicine in 1978, Akwari was revered for advancing the cause of both underrepresented minorities and women in the field of medicine. Notably, Akwari organized the first meeting for the Society of Black Academic Surgeons in 1989 – a gathering that included Dr. LaSalle Leffall Jr., who was the chair of surgery at Howard University and a contemporary of Akwari’s.

“The connections for so many of us trace back to our time at Duke, and to those who invested in me not only as a player, but as a person and as a man,” said Howard men’s basketball head coach Kenneth Blakeney. “Dr. Akwari was one of those people who showed incredible kindness and support while serving as an exemplary model, scholar, administrator, and African American male.”
Leffall, who passed away last year, would later serve as president of the society. Among his many pupils and mentees was Dr. Wayne A. I. Frederick, who is a surgeon and the sitting president of Howard University.

“Howard University, coached by one of our former players, Kenny Blakeney, is a co-host, and we felt it important at this time to have one of the great Historically Black Colleges and Universities (HBCU),” said Duke men’s basketball head coach Mike Krzyzewski. “It gives us and the other teams an opportunity for two additional games and gives all an opportunity to honor such a great man in Dr. Akwari.”