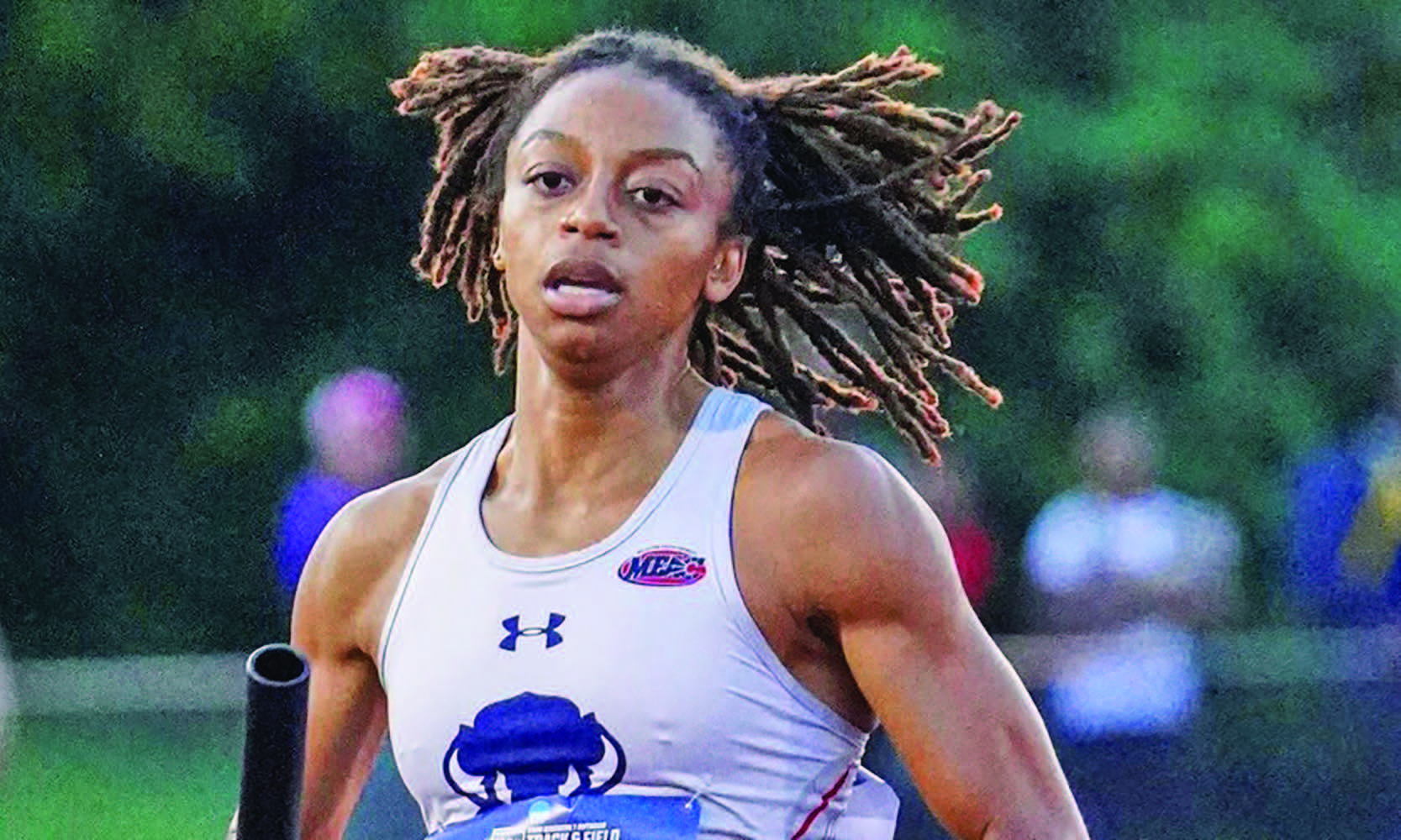 EUGENE, OR. – The Howard University women’s 4×400-meter relay squad closed out the 2022 spring campaign with a pair of new records at the NCAA Outdoor Track & Field Championships at Hayward Field on Saturday, June 11.

Seniors Jessika Gbai, Ameenah Saalih, Ozioma Scott and Jessica Wright ran their final race together for the Bison, placing sixth overall with a new school and conference mark of 3:28.39.

“This is a once-in-a-generation team,” Howard Director of Track & Field David Oliver said after the race. “All four have shown what is capable when you come to this program, commit to the process and buy in fully. They are the standard.”

In their collegiate career, the four Bison reached the NCAA Outdoor Championships twice (2021 and 2022) and made the final round this season. For Gbai, Saalih and Scott, they capped off their fairytale careers from walk-ons to All-Americans.

“That’s huge,” Oliver said. “We know their story of being three un-recruited walk-on student-athletes. They started their running careers in my first year at Howard. And today, they gained the highest distinction in our sport, being named First Team All-Americans.”

Individually, Wright competed in the 400-meter hurdles final, where she placed ninth overall with a 58.12 time. For her efforts, she received All-American recognition as an individual.

Wright will return to the program for next season, while Gbai, Saalih and Scott saw their Bison careers come to an end.

“It’s a bittersweet moment for us coaches,” Oliver said. “This is the last time we will see Ozioma, Ameenah and Jessika wear a Howard uniform, but their legacies will last forever.”
Oliver and the Bison swept the conference indoor-outdoor titles for the first time in program history. The women’s program looks to build on this year’s success as they look to repeat as Mid-Eastern Athletic Conference (MEAC) indoor and outdoor champions.