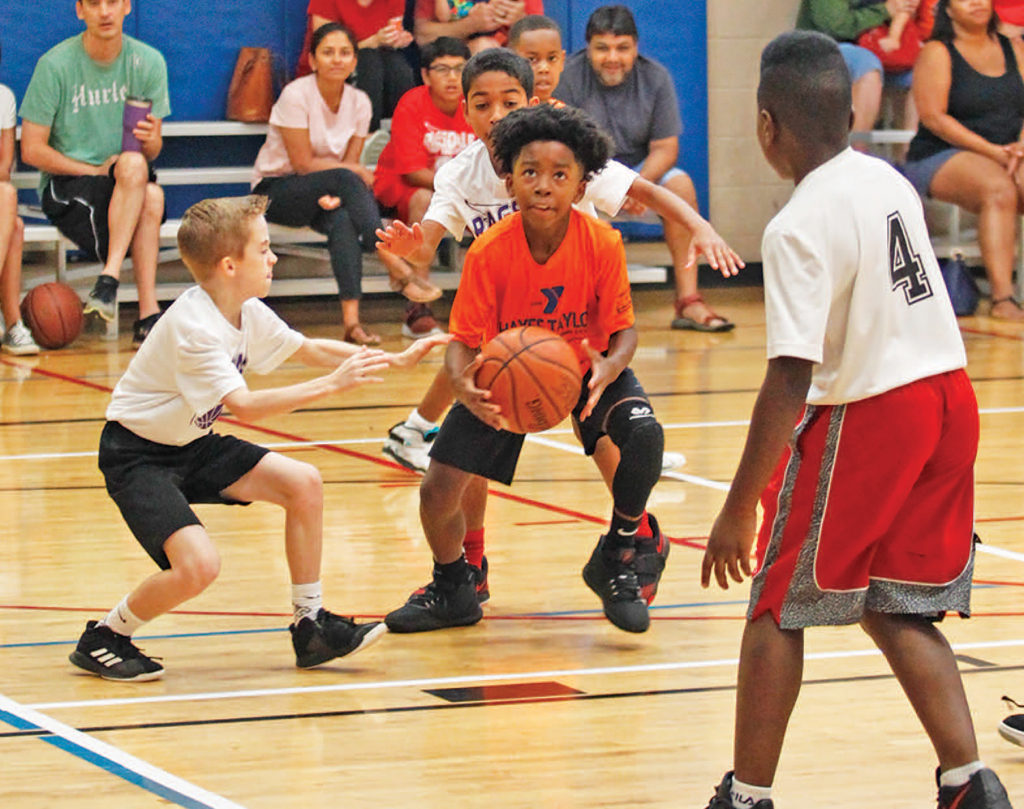 Kevin Womack, a guard for the Hayes-Taylor YMCA Knicks, is surrounded by Ragdale YMCA Hornets during a Hot Hoops semifinal game. Photo by by Joe Daniels/Carolina Peacemaker

The Knicks defeated the Ragsdale YMCA Hornets 19-17 in a morning semifinal and slipped by the Bryan YMCA Hurricanes in an afternoon final 24-21 to claim the championship.