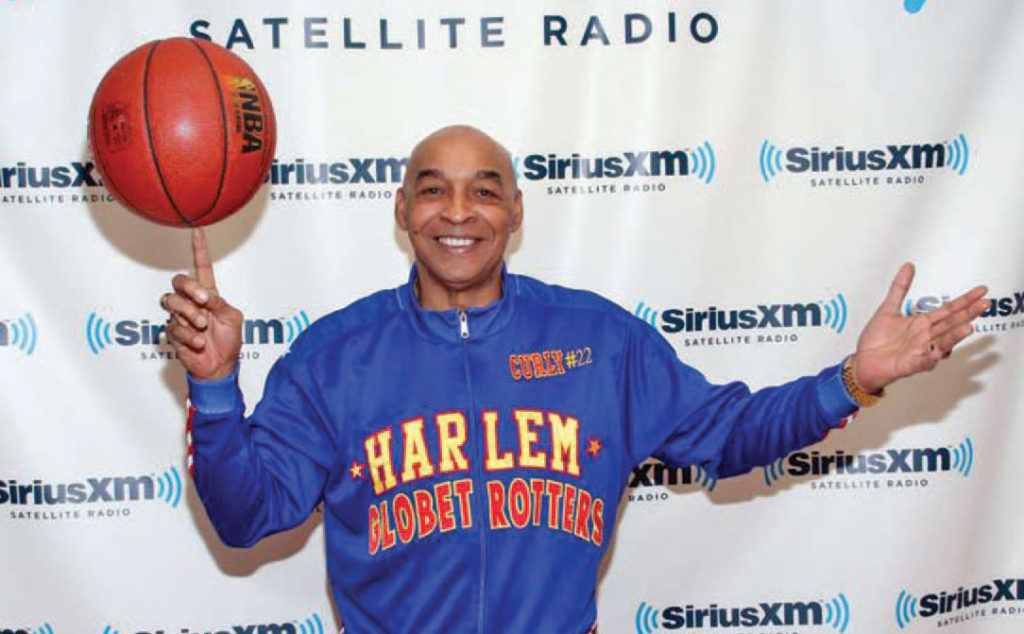 A favorite son of Greensboro and member of the world-famous Harlem Globetrotters, Fred “Curly” Neal, died Thursday, March 26 at his home in Houston at the age of 77.

Neal was a basketball standout at Dudley High School, who played the position of guard. In college, Neal led the Golden Bulls of Johnson C. Smith University to the Central Intercollegiate Athletic Association title. During his senior year at JC Smith, Neal averaged 23 points per game. Upon graduation, he joined the Harlem Globetrotters.

As a member of the Harlem Globetrotters, Neal was always recognizable by his shaved head, charismatic personality and his impressive ball handling skills. He played in more than 6,000 games in 97 countries for the Globetrotters from 1963 to 1985. The team appeared in numerous televised specials, talk shows and television shows. The Globetrotters even had their own Saturday morning animated series.

In 1993, Neal was presented with the Globetrotters’ prestigious “Legends” ring for making “a major contribution to the success and the development of the Globetrotters organization.” By 2008, he was only the fifth Globetrotters player to have his jersey retired, joining Wilt Chamberlain, Marques Haynes, Meadowlark Lemon and Goose Tatum. Even after he retired, Neal continued to make appearances for the team as a “Goodwill Ambassador.”

Jeff Munn, Globetrotters’ general manager said in a statement, “Curly’s basketball skill was unrivaled by most, and his warm heart and huge smile brought joy to families worldwide. He always made time for his many fans and inspired millions.”

Neal was inducted into the North Carolina Sports Hall of Fame in 2008. Having grown up in Greensboro, Neal was an ardent supporter of Hayes-Taylor YMCA in Greensboro.

He is survived by his two daughters, Rocurl (Raquel) and Laverne Neal; six grandchildren and his fiancée, Linda Ware.