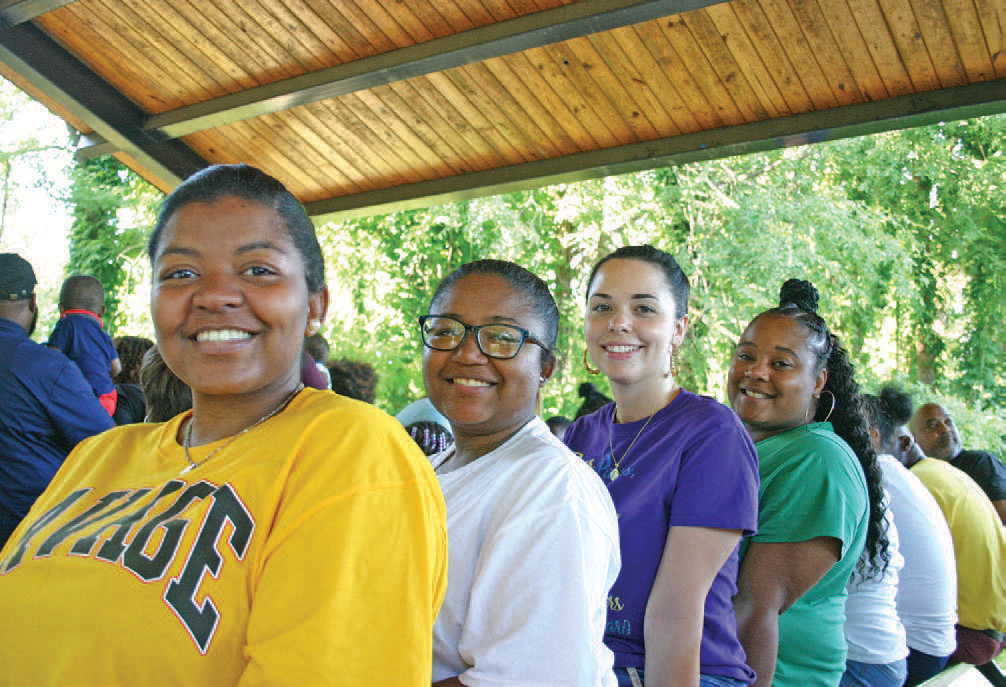 Hampton Elementary School students, families, and teachers, as well as former students and teachers, gathered at Barber Park on June 11 for a community cookout to say final goodbyes to the neighborhood school.

“This cookout was to let everyone know that I appreciate everything they have done for the school, and their support of me. This was our chance to get together and fellowship one last time,” said Dr. LaToy Kennedy, Hampton Elementary principal. Kennedy will be transferring to Wiley Elementary in the Fall, after serving as Hampton’s principal for the last two years. 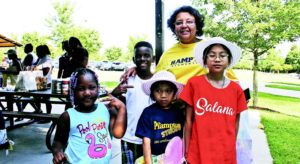 The celebration included free snow cones from Kona Ice, a picture booth to capture the memories and a buffet consisting of hamburgers, hot dogs, fried fish, chicken wings, baked beans, and pasta salad. The youth also enjoyed extended access to the Barber Park waterpark during the party.
Organized by Hampton’s PTA, the group and school staff made sure that all leftover items that had been donated to the school after last year’s tornado, such as toiletries, snacks, undergarments, towels and more, were available at the cookout for parents to take home.

“Dr. Kennedy wanted to do a cookout for the end of the school year anyway. But once it became official that Hampton was closing, we figured let’s move it to the park and really have a good time,” said Tashia Moore, Hampton Elementary PTA President. “If this is our last time together, we’re going to do it big.”

It was a bittersweet occasion for many, including former student Jon’than Johnson, Sr., who noted he also has nieces and nephews who are Hampton students.

“This school has been here for generations, so it hurts to see it shut down like this. I know we fought hard, but I still wish there’s more we could’ve done to save this school,” said Johnson.

Built in 1964, the elementary school was named for William Milford Hampton, a respected physician and the first African American elected to the Greensboro City Council. Hampton was one of three elementary schools — including Peeler Open and Erwin Montessori Elementary — destroyed by an EF 2 tornado on April 15, 2018. Hampton students were transferred to Reedy Fork Elementary School and operated as two schools in one until the end of the 2018-2019 school year. New GCS school zones will place former Hampton families at either Simkins Elementary or Faulkner Elementary, based on their address. 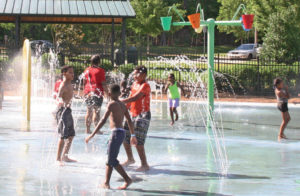 GCS Superintendent Dr. Sharon Contreras recommended the school for closure in March 2019, citing the poor condition of the building and its proximity to a former landfill that is monitored by the North Carolina Department of Environmental Quality. It was also noted that Hampton received an “unsatisfactory” rating on a 2018 facilities assessment conducted by MGT Consulting Group for the Guilford County Board of Education and the Board of County Commissioners.

In addition to that, a survey of Hampton parents revealed that less than 50 students were expected to attend Hampton at Reedy Fork for the 2019-2020 school year, a dramatic decrease from the 297 students that were enrolled at the time of the tornado.

The Guilford County Board of Education voted to close Hampton permanently at its May 14 meeting. According to the district, they received a $10.1 million insurance settlement from The Travelers Indemnity Corporation (Travelers), that covered the three schools devastated by the tornado. The district plans to use part of the insurance proceeds to design a new Hampton-Peeler School for East Greensboro, with the rest of the funding coming from a future bond referendum.

According to the North Carolina Department of Public Instruction’s School Planning Division, new elementary school construction costs across the state in 2018 ranged from a low of $13.9 million for fewer than 500 students to $29.6 million for 800 or more students.