Hagan, Conyers remembered for their service 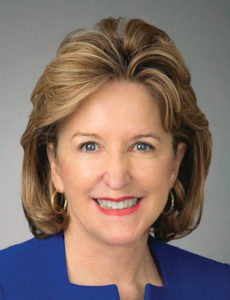 Sen. Hagan, 66, died Monday of encephalitis (brain inflammation) due to a rare tick-borne virus called the Powassan virus. She had been suffering with the illness for three years.
Janet Kay Ruthven was a Shelby, N.C. native born on May 26, 1953 to Jeanette (Chiles) Ruthven and Joe P. Ruthven. She graduated from Florida State University in 1975 and Wake Forest University School of Law in 1978.

Hagan worked as a former bank executive who was elected to the N.C. Senate in 1998, where she was a budget writer. She won the U.S. Senate seat in 2008, defeating North Carolina Republican incumbent, U.S. Sen. Elizabeth Dole.

Sen. Hagan was a moderate Democrat who was reluctant to endorse then Pres. Barack Obama’s Affordable Care Act. During her reelection campaign in 2014, Hagan was critical of Pres. Obama, and at the time, tried to politically distance herself from him. She lost that re-election after serving one term to N.C. House Speaker Thom Tillis.

Former Pres. Obama was among the first to offer condolences upon word of her death Monday, October 28.

“She was, quite simply, a terrific public servant—eager to find common ground, willing to rise above the partisan fray, and always focused on making progress for the people she served,” Obama wrote in a statement. “As President, I deeply appreciated her reasoned, pragmatic voice, whether we were working together to pass the Affordable Care Act, reform Wall Street, support working families, or just make Americans’ lives a little better. Her record is one all public servants would do well to follow, and her perspective is one we’ll sorely miss.”

Calling Hagan “an inspiration to women across North Carolina,” U.S. Rep. Alma Adams said she was “devastated” by the loss of her “friend.”

“I’ve had the honor of knowing Kay since our days in the legislature, where she was a strong advocate for Guilford County,” Rep. Adams said in a statement. “As the first Democratic woman to represent the Tar Heel state in the United States Senate, she broke even more barriers as the first woman to defeat an incumbent woman in a Senate election.”

Gov. Roy Cooper lamented Hagan’s loss as well. “Kristin and I are deeply saddened to learn of the passing of our dear friend Senator Kay Hagan,” Cooper said in a statement. “I’ve known Kay since our days in the legislature together. Kay was a fierce advocate for North Carolina, and she represented our state with courage and grace her entire career. She made it a mission to inspire young people – especially young girls – to enter public service, and she served as a role model to so many. North Carolina is mourning one of our best today.” 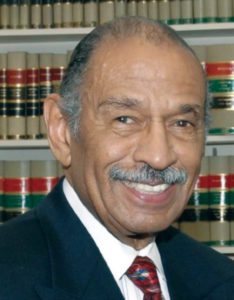 Congressman John Conyers was known as a founding member of the Congressional Black Caucus. First elected to Congress in 1964, Congressman Conyers had a close relationship with Rev. Dr. Martin Luther King Jr. and Rosa Parks. He soon became a champion of liberal issues. Four days after the assassination of Dr. King in 1968, Conyers introduced a bill calling for a national holiday in honor of the civil rights leader every year for 15 years, until Congress finally passed it in 1983.

Conyers was born in Detroit in 1929. He was elected to Congress in 1965 and immediately became a forceful voice in the Civil Rights Movement, co-sponsoring the Voting Rights Act of that same year.

Conyers was the first African American to chair the powerful House Judiciary Committee and helped spearhead the 1994 Violence Against Women Act.

Conyers and 12 other African American members of the House of Representatives founded the Congressional Black Caucus in 1971.

“As a member of the U.S. House of Representatives from 1965-2017, Congressman Conyers represented Michigan’s 14th District in Detroit. After more than five decades in office, he was the longest-serving African American in Congress. Before entering Congress, Rep. Conyers served in the National Guard and the United States Army Corps of Engineers during the Korean War.”

“We join generations across the nation in expressing our deepest condolences to his family, friends, colleagues and constituents. May he rest well.”

The longtime Michigan Democrat represented what is now the state’s 13th Congressional District (which includes parts of western Detroit) for more than 50 years. He was forced to resign from Congress in 2017 under allegations of sexual harassment. Conyers denied the allegations.

We always knew where he stood on issues of equality and civil rights in the fight for the people,” Rep. Rashida Tlaib, who now represents Conyers’ district, tweeted.

“Sad to hear of the passing of former Congressman John Conyers,” the Rev. Al Sharpton stated. “He worked with us on many civil rights cases as Chair of the House Judiciary Committee and helped lead the fight for the Martin Luther King [Jr.] Holiday.”

“Congressman John Conyers decades ago held the first U.S. Congressional Hearings on Racially-Motivated Police Brutality; led the House Judiciary Hearings on Criminal Justice and Prison Reform in America; was co-founder of the Congressional Black Caucus (CBC); and was a leading congressional advocate for the freedom of Angela Davis, the Wilmington Ten, and all political prisoners in the United States,” remarked Dr. Benjamin F. Chavis Jr., the president and CEO of the National Newspaper Publishers Association.

“Conyers was a constitutional scholar and political visionary whose longstanding vision for freedom, justice and equality was unparalleled in the Congress of the United States,” Chavis continued. “May God bless the freedom-fighting memory and legacy of The Honorable John Conyers.” Chavis stated.