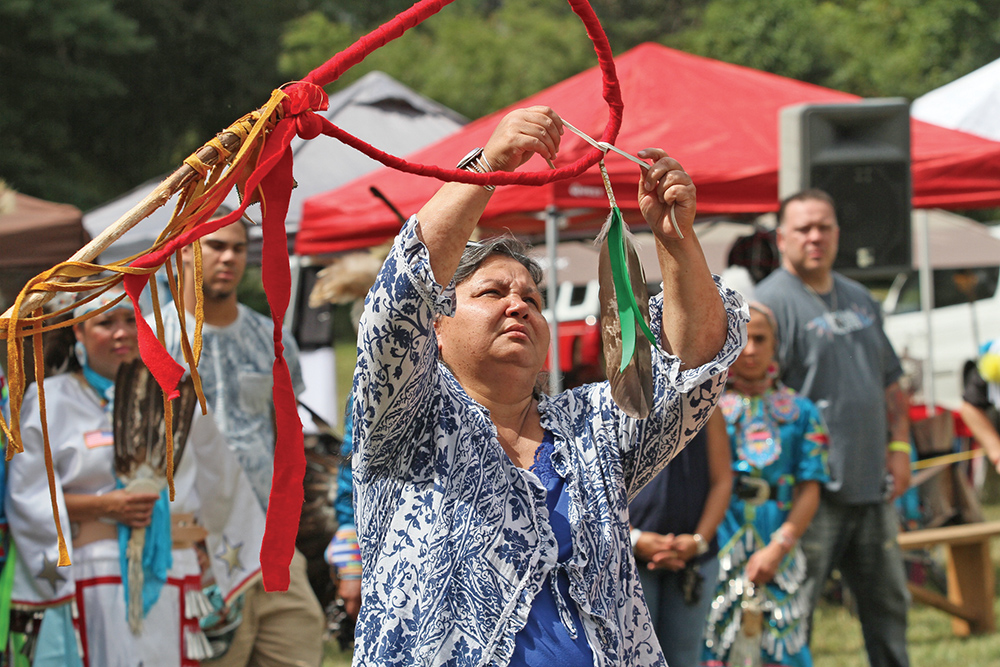 Senora Lynch of the Haliwa-Saponi Tribe prepares an Eagle Staff in honor of the late Mrs. Ruth Locklear Revels, the first executive director of the Guilford Native American Association, who served for 22 years. Photo by Joe Daniels/Carolina Peacemaker

This year’s Pow Wow was dedicated to the late Ruth L. Revels, who served as executive director of the Pow Wow for 22 years.