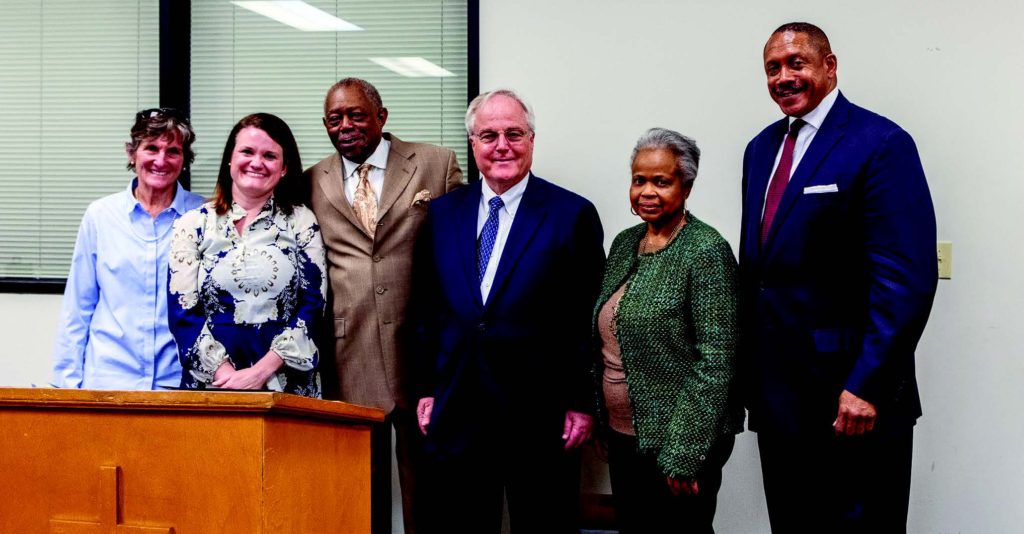 The two-hour meeting was held at New Light Missionary Baptist Church on April 8.

“African Americans are investing into a government that does not give us a return on our investment. We pay into a tax system and we do not receive the return as other communities do. African Americans want our fair share. If the government wants our support with our tax dollars, then the government has to support us with economic stimulation,” said Rev. C. Bradley Hunt, 2nd VP of the NAACP Greensboro branch.

Copeland said that when the state looksw at companies to recruit, prospective employees across the state must possess the right skill-sets and education – two important factors companies require. With N.C. A&T State University in Greensboro being the top producer of Black engineers, it is the largest college of engineering in the state, something Copeland touted as an asset to the community.

The state currently has a 3.9 percent unemployment rate, which is only slightly above the 3.8 percent federal unemployment rate. Copeland noted that N.C. Works, the state’s workforce development agency, is being retooled to create a pipeline for people to find new jobs and careers of the future. 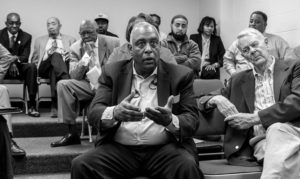 “Today we have 16 campuses of a university system; we turn out thousands of graduates a year into the workforce. But skill sets have got to be different. Education now is not a one time thing. Its imperative we have a system in place that’s going to continue to upscale education,” he said.

N.C. DOA HUB reports that for FY 2017-2018, out of $7 billion spent on the purchase of goods and services, minority firms received 386 million or less than six percent of the total spending. State construction with HUB participation totaled $189 million or 34 percent.

Recent figures from the City of Greensboro show out of the $251.6 million in business contracts awarded in 2018, only 2.6 percent or $6.5 million went to minority businesses. Guilford County reported that only four percent of its Fiscal Year 2018 purchasing payments went to African American owned firms.

The GBL, an organization designed to encourage and advocate for African American businesses in the city, has already addressed the Greensboro City Council, Guilford County Commission and the Guilford County School Board on the lack of minority participation in contracts awarded to businesses.

Earl Jones, co-founder of the Greensboro Business League, suggested the formation of a state commission to ensure economic empowerment for African Americans. He referred to The Appalachian Regional Commission (ARC), a federal-state partnership that was developed to work with the people of Appalachia to create opportunities for self-sustaining economic development.

Meeting attendees also suggested that a stream of funding be added to the legislation that could go towards assisting small, minority-owned businesses.

Karl Robinson, owner of R&R Transportation noted that the state online HUB system is outdated and doesn’t allow for a complete and detailed search for a company or a service.

“The way the HUB system is set up is outdated. It’s not for today. A lot of us have to do a small part of a larger industry in order to compete. It doesn’t address small, niche businesses,” he said.

“Democrats are not the majority right now. We’ve sponsored bills that didn’t get passed. But we will continue to push for equity across the board. Keep in mind that a lot of decision making in terms of what minority participation is used and contracts awarded, is up to your local delegation,” said Sen. Robinson.

The lawmakers in attendance said they would add the community’s suggestions to the state House of Representative’s bill draft that has to be filed by the session’s April 17 deadline.